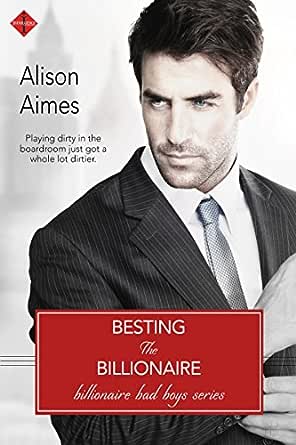 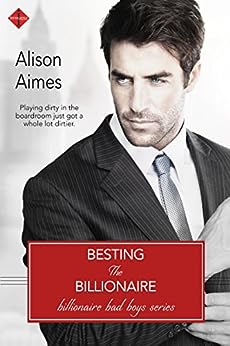 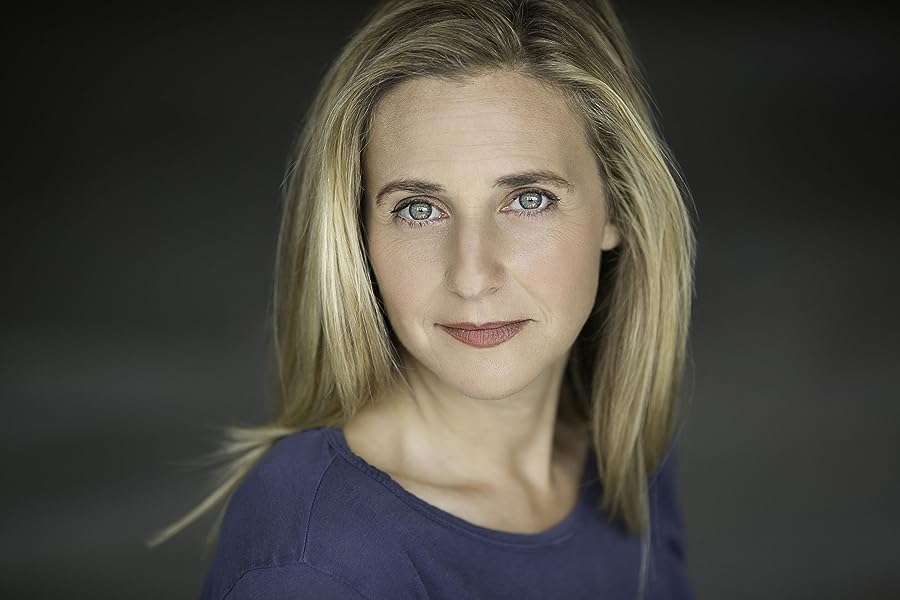 4.7 out of 5 stars
4.7 out of 5
39 global ratings
How are ratings calculated?
To calculate the overall star rating and percentage breakdown by star, we don’t use a simple average. Instead, our system considers things like how recent a review is and if the reviewer bought the item on Amazon. It also analyses reviews to verify trustworthiness.

Bec
TOP 500 REVIEWER
5.0 out of 5 stars Enthralling read with fantastic characters that start as enemies but get their happy ever after in the end!
Reviewed in Australia on 19 January 2018
Alexander 'Alexi' Kazankov wants Winslow Industries, but Lily Bennett isn't about to let him have it without a fight. Yet, she never imagined Alexander would get under her skin the way he does. But the more these two push each other to come out on top, the more they risk both personally and professionally. Will things end in disaster, or will they fight for their shot at happy ever after?

Reading any book by Ms. Aimes is always an absolute pleasure, and this book was a highly entertaining, fast-paced enemy to lovers trope encompassing story that had me hooked from start to finish. Really, there was so much to love about this story such as the incredible main characters that go toe-to-toe to see who will come out on top; enthralling dialogue that was a wonderful combination of intense moments, fan-your-face romance and delightful banter that I couldn't get enough of; and which had a spellbinding storyline due to the main characters back stories, the obstacles they face on their journey to happy ever after and because of the touch of suspense that had me sympathizing with everything the heroine goes through since someone is out to make sure she doesn't win the battle between her and Alexander.

As for the main characters, I loved the challenge the heroine provided the hero because he's the type to always get what he wants and she doesn't make it easy for him. Certainly, she's smart, feisty and isn't about to let him win. Not when she has the best ideas to turn the company around and prove that the late Mr. Winslow was right to put his faith in her. Will Lily be able to win everyone over? Furthermore, I also liked how resilient and courageous the heroine is. She's fought hard to get to where she is in her life and I could understand why she continues to fight because of what she went through in her past. No way will she be weak again. While the hero, he's confident and determined to succeed, but he's never had a more formidable opponent than Lily. I also liked how protective he became of the heroine once he realized someone was out to scare her off. Who is behind the attacks -- both personal and physical -- on Lily? However, what I liked most of all about the hero was that he was loyal to those he cared about and that he was determined to do anything to prove to the heroine that she count on him. Will he be able to fulfil his wish to the woman he's always thought of as a second mom?

Overall, Ms. Aimes has penned a wonderful and captivating read in this book where the chemistry between this couple was powerful because of the fact that their enemies and determined to win, which ups the sexual tension until it explodes onto the pages in very passionate sex scenes; and the ending had me loving the lengths the hero would go to in order to show Lily that he'll always be there for her. Certainly, there's no way they should throw away their shot at happy ever after just so she could protect him. I would recommend Besting the Billionaire by Alison Aimes, if you enjoy the enemy to lovers trope or books by authors Kira Archer, Cate Cameron, Victoria Davies and Diane Alberts.
Read more
Helpful
Report abuse
See all reviews

EJ Frost
5.0 out of 5 stars Billionaire romance done so right
Reviewed in the United States on 24 October 2018
Verified Purchase
I don't read a lot of billionaire romance because I don't find it convincingly written, having worked in a big corporate setting myself. However, I'll happily read billionaire romance written by this author because she's done it so very right. The characters' motivations felt real - they are each driven to succeed for compelling reasons. Without giving away the ending, I absolutely loved that there was a resolution that didn't require the heroine to sacrifice her goals. The sex scenes are steamy and further the plot. There is so much to like here. Highly recommended!
Read more
3 people found this helpful
Report abuse

Jannie
5.0 out of 5 stars What a story!
Reviewed in the United States on 15 January 2018
Verified Purchase
I think the billionaire actually went home with the best ‘win!’ Alexi is a man on a vendetta. The prize: Winslow Industries. Newly named CEO of Winslow Industries in her husband’s will, Lily is faced with a formidable battle to retain that title. She’s quite a woman! Hardly anyone believes she has what it takes to pull the company up from its about-to-fail position. She is strong, diligent, well educated, and determined to succeed. Alexi - a cold-blooded, vicious businessman who will use whatever it takes to achieve his goals. It’s an incredible story to watch unfolding! Maybe the best part is seeing Alexi transform from ‘Iceman’ into a protective, far more appealing man. You’ll love this love story! I did.
Read more
4 people found this helpful
Report abuse

F. Chen
5.0 out of 5 stars Enemies in the boardroom, perhaps not in the bedroom
Reviewed in the United States on 28 March 2018
Verified Purchase
Four and a half stars.

Alison Aimes's Besting the Billionaire is an enemies to lovers story, and Alexander Kazanov and Lily Bennett sure do begin on opposite sides of the conference room table. He's aiming to take over the company she has just inherited from her late husband. He expects a fluffy-headed trophy wife. She shows him how unwise it is to underestimate her.

CDBall
5.0 out of 5 stars I absolutely FLOVED this love story!!!
Reviewed in the United States on 17 January 2018
Verified Purchase
This is an incredible story! I loved every single part of it - except the parts where I cried - LOL. The love between Alexi and Lily was truly a beautiful one. It seemed to take them both by surprise. Neither was really aware of it happening - until BAM! There it was! 100%. It really was awesome and would truly recommend this book to everyone who loves a HEA!
Read more
2 people found this helpful
Report abuse

Elizabeth Murphy
5.0 out of 5 stars Loved it
Reviewed in the United States on 22 February 2021
Verified Purchase
A good fun book to read with a strong female and a lNeanderthal”.
I enjoyed reading this book. I loved the characters and cheered for them all the way.
Read more
Report abuse
See all reviews
Back to top
Get to Know Us
Make Money with Us
Let Us Help You
And don't forget:
© 1996-2021, Amazon.com, Inc. or its affiliates