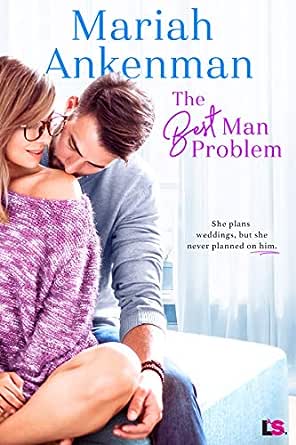 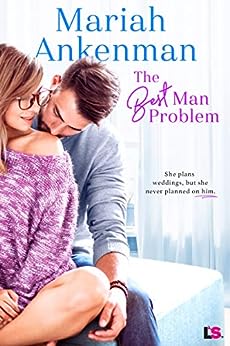 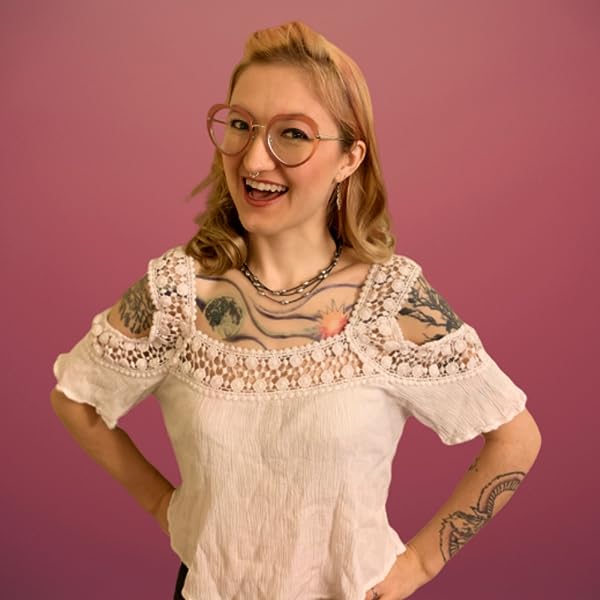 Lilly Walsh is used to keeping things buttoned-up and aboveboard. After all, the last time she hooked up with someone in a wedding party, it nearly cost her her wedding planning business. Thankfully, those rules don’t apply when she meets a handsome stranger in a hotel bar. One bad pirate joke leads to the best night of her life, but come morning, she’s got a wedding to plan.

Lincoln Reid never imagined he’d see the woman who rocked his world last night and then ran out on him ever again. But there she is, planning his best friend’s wedding with the same passion and drive that brought him to his knees. She’s adamant that wedding planner and best man can never mix, but that just means he’s got four weeks to make her see him as more than just a one-night guy. Because he’s itching for more than one night...or five, or ten…

Jackie
5.0 out of 5 stars An Excellent Romance!
12 February 2020 - Published on Amazon.com
Verified Purchase
Mariah Ankenman is back at again with another romantic tale in the " Mile High Happiness " club, this fantabulous time around it's Lilly Walsh's turn to dive deep in the world of lust, trust, and love- with Lincoln Reid. A spectacular meet up turned forbidden fruit chemistry explosion.
Their hot to touch, passion-filled, emotional story with a side of laughs, friendship and love, was a stellar blast to read- I hope to read more from these fabulous characters soon!

Sarah Houck
5.0 out of 5 stars Such a good straight forward romance!
21 January 2020 - Published on Amazon.com
Verified Purchase
I was really waiting for this book to come out and I was not disappointed AT ALL! The main characters are real and likable and complety relatable! They're the kind of people you want to be friends with.

And PS... this book had me at the first mention of D&D. Hahahaha

Angel Hatfield
4.0 out of 5 stars Good story and characters
23 January 2020 - Published on Amazon.com
Lilly had hooked up with a hot stranger at the bar after her best friend Pru and Finn's wedding. Pru was also one of two of Lilly’s business partners, the other being Moe who's also her roommate, as was Pru before she married. Pru had married her best friend Finn and they had a set of gorgeous twins. Lilly realized after the intimate wedding she was lonely. Lilly wasn’t one for hookups. Prim and proper. She went to the bar after the wedding and ended up having a one night stand with Lincoln. Lincoln had just arrived in town to see some friends. Lilly believed you had to have substance, compatibility. You couldn’t just see someone and know. Love didn’t work that way. Pru and Moira were Lilly’s best friends as well as her roommates well Pru wouldn’t be anymore now but they were also her business partners in their wedding planning business. Lilly thought no pining over a one night stand that could never go anywhere. Than she had a meeting with Kenneth and Marie who she had already worked with for seven months on their wedding they were getting married in a month. They were bringing in their best man as he had came to Colorado a month early to help them. Lilly was shocked when she saw Lincoln was to be their best man. Her one and only one night stand. Lincoln was totally surprised to see the woman who had blown his mind but was already gone when he woke up. He was happy to see her. He was hoping to repeat their night together but after seeing the panic in her eyes he’d denied prior knowledge of her. It did sting a little. It seemed like Ms. Walsh didn’t want anyone to know about their liaison. Marie and kenneth had a phone call about work at their coffee shop that left lincoln and Lilly alone in her office. Lilly admitted he had been her first one night stand and he said the same thing. Lilly apologized if she hurt his feelings and Limcoln thought maybe she stung his pride but she couldn’t hurt his feelings. No woman could do that anymore. Lincoln ,made sure of that. Lilly said she didn’t do relationships with clients and their bridal party and Lincoln replied “ I never said anything about a relationship.” He’d been there, done that, got the broken heart, and divorce papers from Jessa to prove it. Not doing that again. Lust was something Lincoln trusted. Lilly unknowingly had a relationship with a married man. He had been a best man in a wedding she did and he lied saying he was single. When the affair came out he claimed Lilly seduced him and his family took his side. It had almost ruined their business. Lilly had been sick for months over what she inadvertently done . the damage had caused, not only to her business and a poor woman’s marriage but also to her heart. Trust wasn’t something Lilly gave easily now, even doubly so.
I really enjoyed this book. It was an easy romantic read with some humor thrown in. I really like dLilly and Lincoln together. Their chemistry was hot. I also loved the relationship Lilly had with Pru and Mo, as well as the one Lincoln had with Kenneth and Marie. Lilly and Lincoln both had issues , Lilly from her relationship with a married man and Lincoln from his failed marriage. He didn’t want anything to do with a relationship and that is what Lilly was looking for. I enjoyed the plot and pace. I loved the characters and the ins and outs of this book and I recommend it.
Read more

Lauren S.
4.0 out of 5 stars Fun and geeky!
24 January 2020 - Published on Amazon.com
Yay for a romance with a fun forced proximity trope (they even get snowed in!). While this is the second in a series, I didn’t read the first book and thought it worked perfectly fine as a standalone.

Things are awkward for Lilly when it turns out her one-night-stand is the best man of the next wedding she’s planning – and now Reid’s got four weeks to convince her to give him a try. Not for a relationship, but just another roll in the hay to get her out of his system.

“Mark her words, those who rushed in would rush right back out when they discovered that spark didn’t last.
You had to have substance, compatibility. You couldn’t just see someone and know. Love didn’t work that way.”

Famous last words, huh? Lilly prides herself on being the opposite of her mother, who hops in – and out – of relationships without much thought for anything other than chemistry. Lilly’s looking for true long-term commitment, and she doesn’t think that’s something that can be determined from an instant moment of connection (or a night of particularly amazing sex). Reid, still reeling from the implosion of his marriage, isn’t interested in a long term commitment at all – and that’s just one mark against him on Lilly’s honest-to-goodness hand-written pros and cons list. Since it shows that they don’t match, that’s enough for her to not want to pursue a relationship… even if she still daydreams about their night together. I thought Lilly’s overwhelming attraction to Reid was hilarious, and it definitely helped amp up the tension between the two. Reid’s a computer geek so there’s a definite nerdy side to the relationship, including flirting over pinball, which they both excel at. But the best part? He picks Lilly up at the hotel bar with dad-joke-worthy pirate jokes!

“All’s fair in love and pinball.”

The book is pretty short – only 150 pages – so the story moves quickly. I liked that it was set in Denver, which isn’t a city I’ve seen too many romances set in. The side characters were fun, especially Mo and Pru, though I thought the wedding couple, Reid’s friends, were a little too pushy on getting Reid to hook up with Lilly. Although I anticipated the bleak moment for most of the book, it still missed the mark for me. Despite the build up, I felt like the way it happened completely went against everything else I knew about Reid’s character. Though he immediately realizes he reacted badly, instead of apologizing and explaining, he just… does nothing. The grovel, however, was very Reid-sweet.

Overall, this was a fun and quick read. While I don’t think I’ll go back and read the first in the series (I’m not a big fan of pregnancy romances), I’ll definitely be looking for the remaining wedding planning partner’s book, as Mo was an absolute riot.

I received this book for free from NetGalley in exchange for an honest review. This does not affect my opinion of the book or the content of my review.
Read more
Go to Amazon.com to see all 37 reviews 4.1 out of 5 stars
Get FREE delivery with Amazon Prime
Prime members enjoy FREE Delivery and exclusive access to movies, TV shows, music, Kindle e-books, Twitch Prime, and more.
> Get Started
Back to top
Get to Know Us
Make Money with Us
Let Us Help You
And don't forget:
© 1996-2020, Amazon.com, Inc. or its affiliates