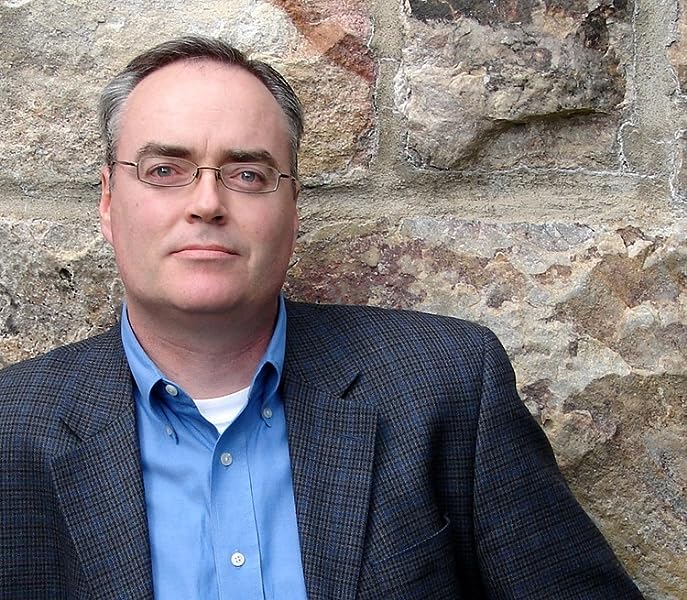 WINNER OF THE STEPHEN LEACOCK MEDAL FOR HUMOUR
WINNER OF CBC CANADA READS "Amusing, enlightening--and Canadian, and it deftly explores the Machiavellian machinations of Ottawa's political culture." The Globe and Mail

"This is a funny book that could only have been written by someone with firsthand knowledge of politics in Canada, including its occasionally absurd side. This is a great read for anyone thinking of running for office, and especially reassuring for those who have decided not to." The Hon. Allan Rock, former Justice Minister and Canadian Ambassador to the United Nations

TERRY FALLIS grew up in Toronto and earned an engineering degree from McMaster University. Drawn to politics at an early age, he worked for cabinet ministers at Queen's Park and in Ottawa. His first novel, The Best Laid Plans, began as a podcast, then was self-published, won the Stephen Leacock Medal for Humour, was re-published by McClelland & Stewart to great reviews, was crowned the 2011 winner of CBC's Canada Reads as the essential Canadian novel of the decade, and became a CBC Television series. His next two novels, The High Road and Up and Down were finalists for the Leacock Medal, and in 2015, he won the prize a second time, for his fourth book, No Relation. A skilled public speaker, Terry Fallis is also co-founder of the public relations agency Thornley Fallis. He lives in Toronto with his wife and two sons, and blogs at www.terryfallis.com. Follow @TerryFallis on Twitter.

ceriithomas
4.0 out of 5 stars A decent political drama
Reviewed in the United Kingdom on 28 November 2011
Verified Purchase
Angus is an dour Scottish engineering professor in a Canadian university. Lacking any background in politics, he divides his spare time between writing diary letters to his late wife and building a hovercraft. Daniel is a disillusioned political hack who returns to academic life. In return for taking an unpopular teaching commitment, Daniel persuades Angus to stand as a paper Liberal candidate in an ultra-Conservative seat.

This unlikely scenario takes on further twists as Angus's non-political background influences his decision to put principles before party. Yet the maverick politician's engineering skills take an unexpected significance during a crucial Parliamentary division.

Despite an implausible plot, I enjoyed this novel. Both Angus and Daniel are strong characters and interact to form a highly entertaining, if rather unusual, political drama.

Doug Fyfe
5.0 out of 5 stars Bought for a friend.
Reviewed in the United Kingdom on 27 November 2020
Verified Purchase
Having read it before it is a most enjoyable read. Gift for a friend.
Read more
Report abuse

Gordon Ritchie
5.0 out of 5 stars Outstanding
Reviewed in Canada on 9 March 2014
Verified Purchase
With very few exceptions (notably House of Cards in its original British and current American versions), attempts at political fiction fall flat. They are either strictly by and for insiders and are poorly written; or they are written by authors who have no real appreciation for the intricacies of modern politics and settle instead for cardboard cutout characters.
This is a remarkable exception, doubly exceptional in that it is Canadian. I can think of no other Canadian political fiction that achieves the same quality. It is very well written and, in places, absolutely belly-laughing hilarious. Yet is does bear a recognizable resemblance to actual goings on in Canada's capital.
I first came across this in the form of a very well done CBC miniseries of the same title which I very much enjoyed. That led me to the book on which the television production was, at least in part, based. The book was, in its own way, excellent and the quality was continued in the highly entertaining sequel, High Road. I cannot remember when I have laughed so hard at any account of the tragi-comic world of Canadian political shenanigans.
I highly recommend both these excellent books to Canadian readers.
(I am afraid much of the humour will be missed by those "from away".)
Read more
4 people found this helpful
Report abuse

North Woods Hermit
5.0 out of 5 stars Loved this book
Reviewed in Canada on 23 August 2020
Verified Purchase
Its been a long time since an author so completely met my hopes for the pleasure of reading something intelligent, yet humorous without being silly. The pages flew by. As each situation unfolded Terry' s colourful words made it easy to envision the scene with a smile on my face. Thank you Terry for a terrific novel, thank you my friend L for putting me on to this very talented author
Read more
Report abuse
See all reviews
Get FREE delivery with Amazon Prime
Prime members enjoy FREE Delivery and exclusive access to movies, TV shows, music, Kindle e-books, Twitch Prime, and more.
> Get Started
Back to top
Get to Know Us
Make Money with Us
Let Us Help You
And don't forget:
© 1996-2020, Amazon.com, Inc. or its affiliates