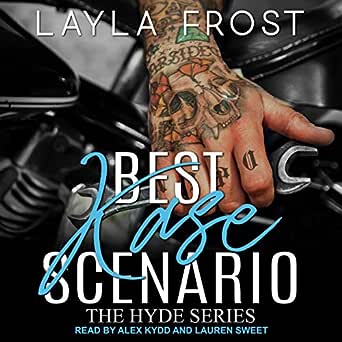 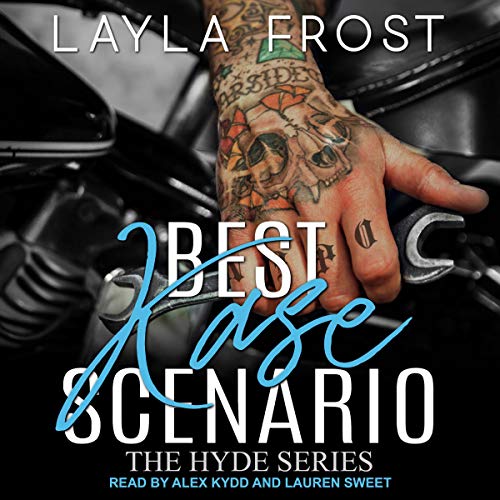 Heather Dee
TOP 1000 REVIEWER
5.0 out of 5 stars Amazing
Reviewed in Australia on 22 January 2020
Verified Purchase
Oh my gosh Kase was so yummy !
I want one ...
Definitely another must read on my radar and I'm one clicking more Layla knows how to write !

Readers Retreats
TOP 500 REVIEWER
5.0 out of 5 stars Need more of this series
Reviewed in Australia on 13 April 2020
Damn that was exactly what I needed and I have absolutely no idea why I waited so long to jump into this book. I loved the first one and it’s on KU so I really have no excuses. And honestly as much as I remember enjoying the first one there were a few little issues I had with it that niggled at me and made me love this one so much more.

First can I just say Kase was the man. I can’t even express how awesome he was, words fail me. I loved absolutely everything about him. It was literally like the perfect man wrapped up in the perfect packaging. He could be so patient and caring and sensitive before going all full on alpha. And I loved that he was so focused on Harlow and could read her so well that he knew what she needed before she did.

Harlow had a few very real, normal, every day, people issues and I really liked her. I think she would be the perfect girl posse member. She kept all her worries and concerns to herself but she wasn’t secretive or uncaring she was just living her life as she felt she needed to live it to keep herself safe. And even when she didn’t really want to do certain things she wasn’t afraid to go outside her comfort zone to provide herself with the security she needed to keep her anxiety at bay.

Kase and Harlow together were hot. And they made the perfect couple. They complimented each other so perfectly I just wanted to keep reading about them forever. I can’t believe that there aren’t any more in this series because these would be the best Covid social distancing binge read ever if only I had nine or ten more. I am obsessed with Layla Frost’s writing. She literally feels like the love child of Kristen Ashley and Aurora Rose Reynolds and I need more.

Wiley Kate (Kylee)
TOP 500 REVIEWER
5.0 out of 5 stars A story that will leave you breathless
Reviewed in Australia on 4 October 2019
After loving the first book in the Hyde series I thought the best case scenario would be that I would like this book, well Layla Frost blew like right out of the water with a well and truly loved this book. Kase is a character that is tough on the outside but this man has a heart the size of Texas and when he loves, he loves hard. Harlow is a woman that bottles everything up and places them in boxes, she wants to protect everyone and be prepared. Harlow loves to run and Kase loves to chase her, she may think she is getting away but this man is not letting his heaven go. Kase and Harlow will own you and there will be no going back. Their story is romantic, intriguing, heart wrenching and filled with so much passion and love it will have you swooning non-stop. Best Kase Scenario will at times have you feeling like you are standing on the edge of a cliff, your heart beating out of your chest and leaving you breathless. These two characters know how to bring the heat and the spice and they are certainly bringing sexy back. However this series isn't just about the main characters, it is also about the side ones that intertwine and have you feeling like you are part of their journey. Get ready to pull up a stool at Rye and grab a beer and become part of the Hyde family.
Read more
Helpful
Report abuse

Stacey is Sassy
4.0 out of 5 stars This chick’s got quirky down to a fine art.
Reviewed in Australia on 16 February 2016
I met the red-haired girl and Isla Fisher popped into my head. Harlow, is a little quirky (not calling her weird, seemed a bit harsh) and Isla does quirky really, really well. I met the dreadlocked boy and….(screeching stop). Hmmm, Houston, we have a problem. See, I really like Kase but I really, really do not like dreadlocks. So with a little bit of a mind tweak and a wee bit of artistic licence… voila… David Gandy is my Kase. Don’t judge, I know Mr Gandy is my go to hottie for casting, but in this case it kind of works. Gandy has some photos with facial hair...and his hair is curly, which is kind of like dreaddies... and he does have blue eyes like Kase. See, it works. So with my casting now in place, I was able to settle back and enjoy the show. Onwards…

Best Kase Scenario is the second book in Layla Frost’s Hyde series. I didn’t do a re-read of the first book Hyde and Seek, which I’m kind of glad about. With my shocking memory, I was meeting the hero and heroine almost like it was the first time. I remembered Piper and Jake enough to be happy to see them again, but with Harlow and Kase…nothing to cloud my judgement, get over or try to block out.

I really liked Harlow from the start, but I didn’t really GET her. She seems to have lots of balls in the air she’s trying to juggle, but it seemed like a circus act that was unnecessary. She didn’t need to juggle them all by herself, just needed to let the other clowns around her, play a part in the show. It wasn’t even to gain attention that she did this act. Harlow just wanted to make sure that all of the balls knew their place in her heart and head, had their own set times for handling, and kept moving. What she failed to see is that her independence was pushing her closest friends away.

In the beginning of Best Kase Scenario, we see Harlow about to start a new job. The blurb hinted, but my first thought once confirmed was – none of those Hyde boys would let their woman work in a place like that…bet you it doesn’t last. Let’s just say this career path wasn’t a lifelong dream of Harlow’s, luckily.

Kase is a hottie who grabs attention wherever he goes. He has women throwing themselves at him, but deep down he's a romantic at heart. Harlow had caught his attention and played a major part in his fantasies, but he wasn’t sure where he stood with her. He held off pushing into her life until he was fully convinced he wanted more than a hookup. See, smart and good looking…very appealing. The guys at Hyde are like his family, but he has a few other guys who he knows he can count on in a pinch. Imagine Kase’s surprise when he goes to visit one of his mates, Lars, at his place of business. This little surprise was definitely the kick in the pants he needed to chase Harlow down.

Their love story isn’t rushed, but it certainly was clear that they had feelings for each other. Between Harlow’s many balls that needed to keep moving and Kase’s past intruding into his future, this story was interesting from beginning to end. Kase has Harlow’s back and works ridiculously hard to gain her trust and affection. Harlow ends up having an almost epiphany, and learns that it’s Ok for her friends and loved ones to hold her balls, and even juggle them for her. At this stage, I really started to know and love Harlow more and enjoyed seeing her making as much effort in the relationship as Kase was.

There is plenty of action in Best Kase Scenario. The sexy times were HOT and steamy and Harlow learnt pretty quickly that Kase’s rep was very well earned. There was a little bit of a mystery in the storyline and it was AWESOME to see Harlow deal with some balls (wink, wink) that needed to be deflated with a well-placed foot.

Best Kase Scenario was funny, sweet and steamy. Layla Frost has done a marvelous job with her second story and I think it will definitely be a hit in the romance reading world. The scenery and sets were easy to picture, the characters are well developed and lovable…even the ones that like eating cold noodles on purpose…weird quirky.

I received an ARC of Best Kase Scenario via the author for an honest review.
Read more
Helpful
Report abuse
See all reviews

Kindle Customer
5.0 out of 5 stars Five stars aren't enough!!!
Reviewed in the United Kingdom on 9 March 2016
Verified Purchase
I absolutely fell in love with the Hyde stories. I've managed to read both of the books in two days and I wish there was another one waiting for me. I can't wait to read the next one! Keep at it,your stories are strong,the men are cocky but not afraid to show their feelings. The women are funny,a little bit crazy with their inner dialogues and they can stand strong with their men. I'll be honest It's incredibly difficult to say how much I've enjoyed the books. Just one more thing,read it you will love it!
Read more
One person found this helpful
Report abuse

Amazon Kunde
4.0 out of 5 stars Different from Hyde&Seek, but still good
Reviewed in Germany on 15 July 2016
Verified Purchase
When I compare the time I got this book to the time I finished, I think I liked it ;-)
Otherwise I wouldn't have read for about 5.5 hours straight...

It was definitely different than Hyde and Seek. For the first few chapters I had problems to really get into the story, mostly because I would never be able to strip+dance and feel embarrassed just thinking about it.
I still have a problem to understand Harlow's obsession with making sure she has enough money and the explanation was totally different from my expectations.

But it got easier for me to connect and what's not to love about a girl who quotes Doctor Who?
All in all it's a very sweet story between Kase and Harlow, but personally, I found the first book's sex-scenes hotter and maybe a little more passionate.
It's just that they are a different couple and I really like that not everything is the same.
Also, I really like that you know right from the beginning, that the narrator isn't Piper, because the tone is so very different.
And while it's good that there is a difference, I absolutely loved Piper and kind of missed that badassery.

Another thing I noticed was that there was very little conflict in this book and would have liked a little more. When there was conflict it always got resolved real quick so I didn't have time to really worry about the characters and sometimes I like to worry ;-)

That said, I still absolutely recommend this book, look forward to the next and hope that my spidersenses are right and it will be about Rhys.
Read more
Report abuse