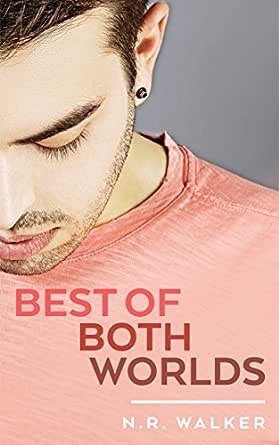 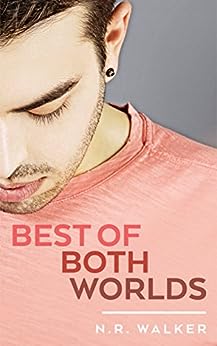 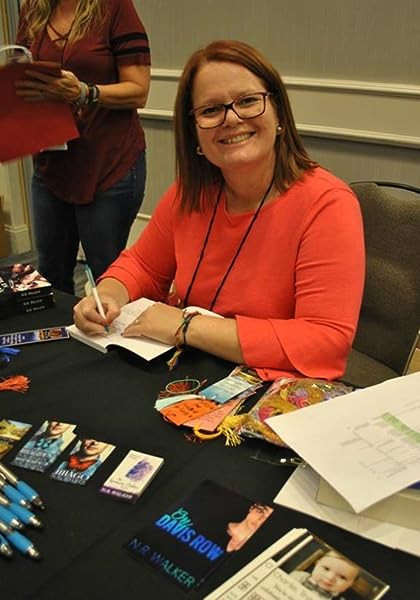 Best of Both Worlds Kindle Edition

Sebastian Gilman meets a guy on a dance floor every Friday night. He knows nothing about him, not even his name, only to find one day this familiar stranger turns up on his building site and they need to work together.

Ryland Keller knows better than to get involved. Alone and half a country away from home, he revels in isolation until a handsome man in a gay bar turns his world upside down.

Sebastian wants to help Ryland recover from a horrible past, but only if Ryland can let his guard down long enough to see that he can have the best of both worlds.

N.R. Walker is an Australian author, who loves her genre of gay romance. She loves writing and spends far too much time doing it, but wouldn't have it any other way. She is many things: a mother, a wife, a sister, a writer. She has pretty, pretty boys who live in her head, who don't let her sleep at night unless she gives them life with words. She likes it when they do dirty, dirty things... but likes it even more when they fall in love. She used to think having people in her head talking to her was weird, until one day she happened across other writers who told her it was normal. She's been writing ever since...

Raymond Mathiesen
5.0 out of 5 stars Tough guys don't cry, do they?
10 May 2018
Format: Kindle EditionVerified Purchase
With gay marriage being legal in so many places, gay abuse is a thing of the past, isn't it? Think again. In certain parts of society it's as strong as ever. This short story looks into the rough and ready world of builder's labourers. Sometimes, especially if one person has been really hurt, a relationship can be hard to make. How much would you risk for love? Is there anything you can really do about the constraints? And then what about past hurts? Can they be forgiven? Should they?

N.R. Walker has written an engaging work. You will care about these people, even if their world is foreign to you. Through dialogue, action and expressed emotion, Walker takes us into the mind of these characters. Most of the story is from Sebastian's point-of-view, but we gain deep insight into Ryland as Sebastian gets to know him. The story has plenty of action and events, and a definite trajectory. The readers really feel they go somewhere. There is some sex graphically depicted, but this is not erotica. This is definitely a character and plot centred story.

Walker is a good writer, and I am pleased to award this story 5 stars.

Between the sheets book reviews
TOP 500 REVIEWER
4.0 out of 5 stars Great story
21 June 2019
Format: Kindle EditionVerified Purchase
This was a great read. I loved the main characters Ryland and Sebastian. To read about the heartbreaking experiences people still go through just because of who they love , whether it be family, friends, co - workers or just strangers is just so gut wrenching.
How one can overcome absolute fear of who they are, when paired with the right person can change their lives forever . It’s about hope, acceptance and a whole lotta love.
The writers ability to take us on a journey through brilliant words, connecting us with hard hitting truths and feelings was done exceptionally well.
I loved this book. Well done

Linda AAmazon Customer
TOP 1000 REVIEWER
5.0 out of 5 stars Best of both worlds
22 November 2017
Format: Kindle EditionVerified Purchase
I enjoyed this book. Story moved at a steady pace. I loved the h & h and the other characters. I really liked the fact that the story continued on after the typical hea. I am looking forward to reading more books from this author.
Read more
Helpful
Comment Report abuse

Kaz
4.0 out of 5 stars great quick read with lots of emotion
12 October 2017
Format: Kindle Edition
This book was my introduction to N.R. Walker and I have to say what an introduction it was. This story was so emotional, I was either crying like a baby, laughing out loud, or was sitting with my heart in my throat in anticipation.

It is a story of how two people find love and the difficulties they face. What makes it more difficult for them is that they are gay, and this introduced issues relating to homophobic families and colleagues, and fears caused by past incidents that they also had to deal with.

I was unsure what to make of it at first. The book is unusually written in that it is, in the authors words, **This 20,000-word story is told in drabbles: each chapter consisting of only 100 words.**, but it worked. I think it made the emotions stronger than if it was drawn out over longer chapters with more words and it doesn't detract from the complexities of the story and the characters.

Go to Amazon.com to see all 73 reviews 4.3 out of 5 stars
Get FREE delivery with Amazon Prime
Prime members enjoy FREE Delivery and exclusive access to movies, TV shows, music, Kindle e-books, Twitch Prime, and more.
> Get Started
Back to top
Get to Know Us
Make Money with Us
Let Us Help You
And don't forget:
© 1996-2020, Amazon.com, Inc. or its affiliates