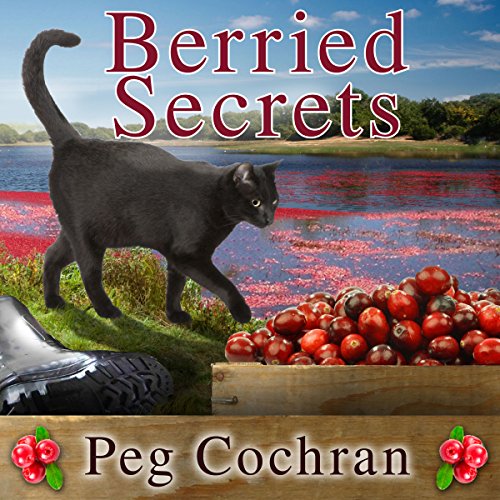 4.4 out of 5 stars
4.4 out of 5
263 global ratings
How are ratings calculated?
To calculate the overall star rating and percentage breakdown by star, we don’t use a simple average. Instead, our system considers things like how recent a review is and if the reviewer bought the item on Amazon. It also analyses reviews to verify trustworthiness.

Z Knobbe
5.0 out of 5 stars An enjoyable, well-written read.
Reviewed in Australia on 22 January 2021
I hope I am going to enjoy this whole series. I like the characters in this book and found that the storyline kept me interested and was easy to follow. I thoroughly enjoyed reading something that was well-written and did not have errors throughout. I have been finding that quite rare in some of my recent online book purchases.
Read more
Helpful
Report abuse
See all reviews

Trudi
5.0 out of 5 stars Great story
Reviewed in Canada on 16 October 2016
Verified Purchase
I recommend this book to all cozy mystery lovers. Wonderful characters!
I am looking forward to the next one. And an added bonus are the recipes!
Read more
Report abuse

Pamela A. Matlack Klein
1.0 out of 5 stars Silly Women Jumping to Conclusions
Reviewed in the United States on 20 March 2019
Verified Purchase
I stuck this one out to the end because I wanted to see just how far these foolish women would go in their quest to solve the crime. I won't be reading anymore in the series and do not recommend this book or the author. The characters are barely fleshed out and the protagonist makes a career of leaping to false conclusions while playing detective. It was obvious from the beginning that her brother was not guilty but that did not stop her from worrying herself into a frenzy that he was going to be arrested. Don't waste your time or money!
Read more
8 people found this helpful
Report abuse

sharlee
3.0 out of 5 stars A Light Mystery
Reviewed in the United States on 21 April 2020
Verified Purchase
This was an easy read mystery. It doesn't have a deep plot or solidly developed characters. Since it was the first in a series, I will assume the author will continue to develop the characters. I will purchase the second books to see how the series develops.

I read the one and two star comments. I will agree the main character did jump around too much trying to decided who the killer was. With a whole town that hated this man, she needed to take more time to see who had the most motive to kill him.. There were also some inconsistences with how handicapped her brother was. It did break the mold in one area. The main character didn't have a copy boyfriend who too easily talked to her about the investigation.
Read more
One person found this helpful
Report abuse

Tari H.
5.0 out of 5 stars Cranberries everywhere and lots of possible suspects
Reviewed in the United States on 15 August 2017
Verified Purchase
Monica Albertson has left Chicago and her failed cafe to return to her home town of Cranberry Cove, MI so she can help her half brother, Jeff, with his cranberry farm. Who knew that town mogul, Sam Culbert, the man who sold Jeff the farm, would turn up murdered in one of the cranberry bogs during harvest? Jeff is already Detective Stevens' prime suspect but it'll be even worse if it comes out that Sam was embezzling Jeff while he watched over the farm during Jeff's Afghanistan deployment.

The last thing Jeff needs at the moment is his mom Gina hovering around but she's also decided to make Cranberry Cove her new home and open up an aromatherapy shop so she can be close to her son. Monica decides she needs to prove her brother's innocence as well as Mauricio, a suspicious acting Portuguese worker that is on Jeff's work team. She sets out to sleuth, sometimes accompanied by flamboyant but well-meaning Gina. Can these two unlikely sleuthing partners uncover the real killer, or killers now that there's been a second murder? Will Monica or Jeff be next?

I found it hard to put this book down because most of the chapters (which were nice and small!) ended with some type of suspense. Since that's a throwback from what I loved in Nancy Drew books, of course I kept on reading. While I'm not particularly interested in the cranberry industry, it's apparent the author did extensive research on the subject of cranberry farming. I found the mystery to be very interesting and well-written.

I wasn't really expecting to like Gina but she was a lot of fun. I could just picture her and Monica dressing up and going to that crummy bar, overdressed, and attracting all those guys. Gina was a real character that's for sure and turned out to be very likable. It was also interesting to have a female detective who was very pregnant. That just seemed to make her more human and show that not all detectives are perfectly put together like some TV shows want you to think, they're normal people. The town may not have been the most exciting town but the characters were warm and realistic, just like in a typical small town and they cared for one another. And like any small town, they knew what people were doing before the people themselves even knew.

I thought there were enough likely suspects, maybe not tons of plot twists but that's ok, I like a variety in my mysteries. There were still quite a few possibilities of who the killer could be and I didn't guess the killer. I would like to continue the series and see what my new friends in Cranberry Cove are up to next time around.
Read more
4 people found this helpful
Report abuse
See all reviews
Back to top
Get to Know Us
Make Money with Us
Let Us Help You
And don't forget:
© 1996-2021, Amazon.com, Inc. or its affiliates