(2906 ratings)
84% positive over last 12 months
This item will be released on January 5, 2022.
Pre-order now.
Delivery Rates and Return policy
Got a mobile device?
You’ve got a Kindle. 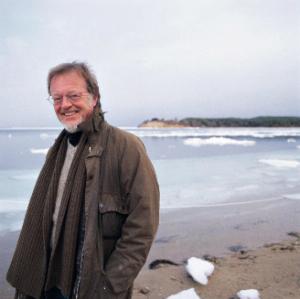 Sharpe's Assassin: Sharpe is back in the gripping, epic new historical novel from the global bestselling author: Book 21 Hardcover – 5 January 2022

by Bernard Cornwell (Author)
4.5 out of 5 stars 139 ratings
See all formats and editions
Sorry, there was a problem loading this page. Try again.
Read more Read less
Previous page
Next page

‘Sharpe and his creator are national treasures' SUNDAY TELEGRAPH

'Strong narrative, vigourous action and striking characterisation, Cornwell remains king of the territory he has staked out as his own' SUNDAY TIMES

‘Nobody in the world does this better than Cornwell’ Lee Child

‘Cornwell’s skill [is] in ageing his warrior-hero, who now creaks as he fights and is haunted by those he has loved and lost’ THE TIMES

Sharpe is back in the gripping, epic new historical novel from the global bestselling author

Bernard Cornwell was born in London, raised in Essex and worked for the BBC for eleven years before meeting Judy, his American wife. Denied an American work permit he wrote a novel instead and has been writing ever since. He and Judy divide their time between Cape Cod and Charleston, South Carolina.
Read more
Start reading Sharpe’s Assassin on your Kindle in under a minute.

4.5 out of 5 stars
4.5 out of 5
139 global ratings
How are ratings calculated?
To calculate the overall star rating and percentage breakdown by star, we don’t use a simple average. Instead, our system considers things like how recent a review is and if the reviewer bought the item on Amazon. It also analyses reviews to verify trustworthiness.

nigel Townsend
5.0 out of 5 stars another superb book
Reviewed in Australia on 1 October 2021
Verified Purchase
Fast, believable. Another tale worth reading several times to enjoy every detail. Difficult to put down and worth the time.
Read more
Helpful
Report abuse
See all reviews

A bookworm
5.0 out of 5 stars Well worth the wait
Reviewed in the United Kingdom on 1 October 2021
Verified Purchase
As others have said, it has been a long time since the last Sharpe book was published, and the last two before this one seemed unnecessary and not Cornwells best work. Sharpe's Assassin, in contrast, is a brilliant book and a definite return to the usual high standard we've come to expect of him.

It starts the day after Waterloo, has an early battle before moving on to the shadowy world of spies (combining two excellent and well used plot points from the series) before the final climatic battle. Not only that all the surviving familiar faces are there and even some from Sharpes past too. It really does have something for every Sharpe fan.

It seemed to have more humour than the other books and Cornwell has got the relationships between Sharpe his companions (yes, I am including Wellington in this) to perfection. I do have two minor criticisms, one that it seemed slightly on the shorter side and that the middle third dragged ever so slightly.

However, these are only very minor points in a book that both manages to conclude the series well (if this is to be a the final book written) but also leaves the door just ajar enough for more adventures. Truly superb!
Read more
11 people found this helpful
Report abuse

Heather Webb
2.0 out of 5 stars Disappointed
Reviewed in the United Kingdom on 1 October 2021
Verified Purchase
When I preordered the book it was for the special edition signed copy. However I received the general copy as this was a birthday gift for my husband who is a big Bernard Cornwall fan to say I was disappointed was an understatement.
Read more
14 people found this helpful
Report abuse

Gully Foyle
5.0 out of 5 stars A Welcome Return
Reviewed in the United Kingdom on 4 October 2021
Verified Purchase
Now Uhtred’s journey has ended Cornwell makes a welcome return to Sharpe for the first time in about 15 years. This one happens immediately after Sharpe’s Waterloo and some years before the final novel Sharpe’s Devil and nicely finishes his career with the British army with one final mission for Wellington.
It will be interesting to see what BC does next, Uhtred done, Sharpe (I imagine) the same, will he start some new series now he is a septuagenarian? If you do look at the Amazon reviews Mr Cornwell any chance of going back to Starbuck and finishing his story?
Read more
4 people found this helpful
Report abuse

L. Young
3.0 out of 5 stars Poignant, solid end to Sharpe - minor spoilers
Reviewed in the United Kingdom on 5 October 2021
Verified Purchase
I don't think there is a "bad" Sharpe novel, they rank between "great" and "good". This installment was "good". There wasn't as much action as some but there was a poignancy to this novel, a feeling that although Sharpe's Devil is next chronologically, Sharpe's Assassin was the end to the tales of Richard Sharpe. An enjoyable read, I devoured it over 24 hours.

I would say that there were a few glaring inconsistencies that irked me as I read it. At the end of Sharpe's Waterloo Harry Price is made Major, yet here - a day later - he's Captain again with no explanation. And where was Lt. Simon Doggett (later Captain)? Completely absent as if he was a figment of everyone's imagination. It felt as if Cornwell hadn't actually reread Waterloo before embarking on this story.
Read more
3 people found this helpful
Report abuse

Kevin Martin
4.0 out of 5 stars The Sharpes - The Reunion Tour
Reviewed in the United Kingdom on 16 October 2021
Verified Purchase
I saw this band many years ago, and were a firm favourite for a while. Faithfully, I listened to everything they ever did. Their band members are slowly diminishing, and are now totally dependent upon their two lead frontmen; Sharpe and Harper, who seem to be playing most of the instruments, but occasionally we were reminded of the old days, when we heard Hagman, who left the band permanently on the last album, and who used to whistle a good tune in the background.
Most of the memorable hits were played; ballads like Token Female Interests and Male Bonding Moments, and rocky numbers like Swordplay of a Guttersnipe, Withering Canister Fire and Onwards They March. There was even time for variations on two old favourites, Death to the Drummerboy and Revenge on a Bully but.... in truth they all felt like they should have retired a number of years ago - as they had, until their management persuaded them to come back out for this reunion tour.

Will they be persuaded to play a final farewell gig ?, I don't know, I probably will go to see them, but it won't be the same as the good old days when they were younger, vibrant, and were the best band in town for there was no one like them about at the time.
This song felt just like it could have been played by any other band in the market, the only difference was it was performed by this famous touring band, and no one can play their tunes like them. I therefore fondly remember them for who they were and the pleasure they once gave.

However, I intend to give The Starbucks a listen, for I understand they have the same management and play a similar tune.
Read more
One person found this helpful
Report abuse
See all reviews
Back to top
Get to Know Us
Make Money with Us
Let Us Help You
And don't forget:
© 1996-2021, Amazon.com, Inc. or its affiliates