Bent Road: A Novel and over 1.5 million other books are available for Amazon Kindle . Learn more
Share <Embed> 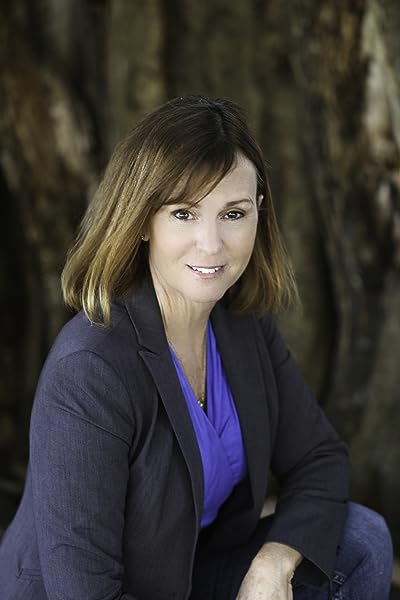 Page 1 of 1 Start overPage 1 of 1
Previous page
Next page
Start reading Bent Road: A Novel on your Kindle in under a minute.

''In her promising debut novel Bent Road, Lori Roy proves that dark secrets hide even in the most wide-open places. Set in the beautifully rendered Kansas plains, Bent Road is a family story with a suspenseful gothic core, one which shows that the past always has a price, whether you're running from it or back toward it. Crisp, evocative prose, full-blooded characters, and a haunting setting make this debut stand out.'' --Michael Koryta, author of Tonight I Said Goodbye

''Dropping us in a world of seeming simplicity, in a time of seeming calm, Lori Roy transforms 1960s small-town Kansas into a haunting memoryscape. Bringing to mind the family horrors of Jane Smiley's A Thousand Acres and the dark emotional terrain of Tana French's In the Woods, Bent Road manages to be both psychologically acute and breathtakingly suspenseful, burrowing into your brain with a feverish power all its own.'' --Megan Abbott, Edgar Award-winning novelist

''Roy's outstanding debut melds strong characters and an engrossing plot with an evocative sense of place . . . . Roy couples a vivid view of the isolation and harshness of farm life with a perceptive look at the emotions that can rage beneath the surface. This Midwestern noir with gothic undertones is sure to make several 2011 must-read lists.'' --Publishers Weekly (starred review)

''A tale of extraordinary emotional power, one of longstanding pain set against the pulsating drumbeat of social change, a rhythm the Scott family wishes could be ignored but which affects them regardless.'' --NPR.org

''This tautly written, chilling piece of heartland noir is . . . an impressive debut. Roy takes a bucolic setting--rural Kansas--and makes it an effective stage for a suspenseful tale of tragedy and dread . . . Bent Road is rich in sensory details . . . that anchor the story in its place and time. Roy populates that world with a believable cast of characters, deftly marrying a story of domestic violence and familial love with a gothic mystery that is compelling at each turn of the page.'' --St. Petersburg Times

''Roy's suspenseful debut novel presents readers with a rich mix of troubled characters planted against the backdrop of a small Kansas farming town and the mysterious deaths of two young girls . . . This odd, dark, and often creepy tale of a dysfunctional community and a family that fits right in will keep readers wondering right until the last page.'' --Kirkus Reviews (starred review)

LORI ROY was born and raised in the Midwest, where she worked for years as a tax accountant before turning her focus to writing. Her work has appeared in the Chattahoochee Review, and she is the recipient of the Ed Hirshberg Award for Excellence in Florida Writing. She lives with her family in Florida.

4.2 out of 5 stars
4.2 out of 5
70 global ratings
How are ratings calculated?
To calculate the overall star rating and percentage breakdown by star, we don’t use a simple average. Instead, our system considers things like how recent a review is and if the reviewer bought the item on Amazon. It also analyses reviews to verify trustworthiness.

Elise in Palm Springs
1.0 out of 5 stars Dreck, Pure Dreck
Reviewed in the United States on 1 October 2013
Verified Purchase
Oh my. Was this the worst book I ever read? No. But it's right down there at the bottom. It's Lori Roy's first novel, so I suppose one can forgive certain flaws for that reason, but it really doesn't excuse her editors. The characters are clichés. The story is uninspired. The setting and every single thing that takes place within it is dark and unvarying in tone. The book goes on and on and on for 352 pages. Why I kept reading past 150 of them is baffling to me. I suppose I hoped that Dennis Lehane's recommendation that it was "rich and evocative" would turn out to be true. Every chapter beyond the book's middle is a boring repetition of the ones before it. The ending is so anticlimactic, predictable and hackneyed that it made me want to weep for the time I wasted on this piece of dreck. Dear fellow readers, don't bother with this one. There are so many, much better books on our shelves waiting to be read.
Read more
8 people found this helpful
Report abuse

Courtney
1.0 out of 5 stars Extremely depressing novel
Reviewed in the United States on 1 February 2014
Verified Purchase
I chose this novel based on some of the good reviews I saw here and on Barnes & Noble. I did not like this book very much at all. This book was dark, depressing, sad, and really had nothing to redeem it. None of the characters were very relatable to me, nor were they likable. Winter, snow and cold were almost main characters in this story. Every other sentence described the bitter cold, frozen air, teeming snow, icy roads. All of this weather related description also added to the desolation of this novel. The only characters that i felt some sort of empathy for were Celia, the wife who is ripped from h er city existence and forced to live in the frozen wasteland with these bleak and troubled people. Daniel, the teenaged son I did like as well. Reesa, the grandmother repulsed me, as did Uncle Ray, Aunt Ruth, Father Flannery, etc. I found the cast of characters so warped, selfish, disturbed and extremely unlikable. I did not give away any spoilers here, but this book is rather predictable and I did not find it suspenseful at all. It certainly did not paint a very flattering picture of Kansas in the winter. I was so underwhelmed by this novel that i will never buy another by this author again.
Read more
3 people found this helpful
Report abuse

T. Bundrick
5.0 out of 5 stars In the afterword the author thanks Dennis Lehane.....
Reviewed in the United States on 22 November 2012
Verified Purchase
.....and without giving too much away, this one reads like the best of Lehane's books, such as MYSTIC RIVER or TELL NO ONE. When Arthur moves his family - his wife, Celia and his children Dan, Evie and Elaine - back to the family homestead in Kansas, he really doesn't know what awaits them. Or perhaps he does, which was why he chose to keep his family in Detroit for the twenty years prior to their return. Arthur might be done with the past, but the past certainly isn't done with Arthur and his family. What takes place is a slow, mysterious unraveling of injuries, slights and possible crimes committed. Is anyone connected with this small farming community exempt from tragedy? The author's terrific building of suspense coupled with a lean narrative style really makes this book a page-turner. Not only is it a terrific mystery, but a tender coming-of-age story and the careful dissection of a conflicted marriage. That's a lot to get into one book. A true Lehane protege in every respect, this author is one to watch. HIGHLY RECOMMENDED....
Read more
3 people found this helpful
Report abuse

Lolly
5.0 out of 5 stars Ian- Echoes of Owen Meany?
Reviewed in the United States on 1 March 2019
Verified Purchase
BENT ROAD left me in complete awe of Lori Roy's writing talent. However, it is a particular minor character who has me pondering. From the first scene with Ian, and throughout his storyline; I have felt there are strong parallels to John Irving's character Owen Meany. I have not seen any reviews that remark on this similarity. Not have I read any Lori Roy reference to John Irving. Has any other reader considered the parallel between Ian and Owen? If so, do you think it was completely sub-conscious on the part of the author?
Read more
Report abuse

Mary Reinert
4.0 out of 5 stars Good story with overlay of mystery
Reviewed in the United States on 5 May 2012
Verified Purchase
The setting of this story in rural Kansas in the mid-1960's was very believable with interesting details. the characters varied. At times they came alive; at other times, they seemed to be near stereotypes. I had an especially hard time figuring out Evie and Daniel, the youngest children. Is Daniel really a child, a teenager, a young man; it's a struggle he is going through but not always one that seemed true to character. Evie's obsession with the dead Aunt Eve also seemed to be a bit of a stretch. The rest of the plot, the mysterious death of Aunt Eve and the mysterious disappearance of the pretty young neighbor girl seemed realistic and interesting.
All in all, this was a good "back porch" (since I'm far from the beach) type of read. It's a good story, but not one that will stick with me forever.