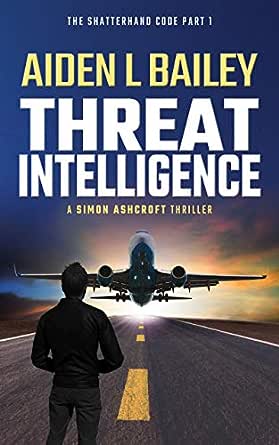 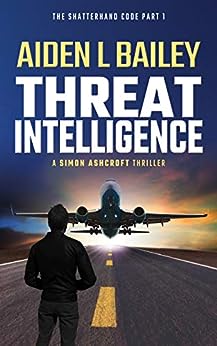 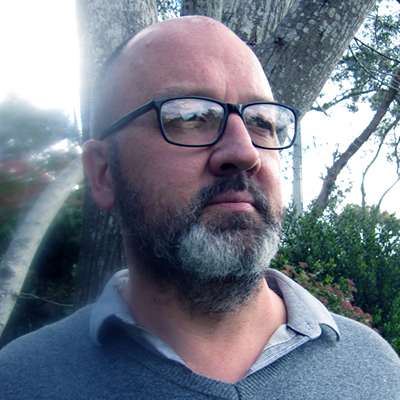 4.7 out of 5 stars
4.7 out of 5
50 global ratings
How are ratings calculated?
To calculate the overall star rating and percentage breakdown by star, we don’t use a simple average. Instead, our system considers things like how recent a review is and if the reviewer bought the item on Amazon. It also analyses reviews to verify trustworthiness.

Todd Simpson
TOP 500 REVIEWER
5.0 out of 5 stars Simply Brilliant
Reviewed in Australia on 1 September 2016
Verified Purchase
Simply Brilliant. I love finding a new Author that can truly capture my attention, and entertain me like Aiden Bailey has done with this amazing book. The story really does move along at a good pace, with plenty of things happening throughout. I especially like the way the Author has structured this book with different characters and events, happening in different parts of the world. Journalist Connor Raferty thought he was going to write the scoop of a life time when he arrived in the Amazon to interview the leader of the FARC. He certainly didn’t expect them to kill his driver, and then for the American Rangers to turn up not long after. He hadn’t heard that America had declared war on the drug cartels, and were going to systematically destroy drug labs around the world. Peri Keser couldn’t believe her ears when she heard Air Force One had been shot down. She had to drag herself out of the hospital bed, barely able to stand from malaria, to get a ride out to the crash site to verify that the President was in fact dead. Nothing is making sense though with reports of the President currently being alive and well in Berlin. Peri needs to stay under the radar while she is investigating, and not end up dead like those around her. If you enjoy Action Thrillers, then you will love this book. It really is that good.
Read more
One person found this helpful
Helpful
Report abuse

Amazon Customer
5.0 out of 5 stars Exciting, unputdownable read - with depth & intrigue!
Reviewed in Australia on 19 August 2016
Verified Purchase
I was lucky enough to receive an advanced copy of this new novel by upcoming author Aiden L Bailey. The momentum in this book makes it unputdownable. The characters are interesting and have a depth to them that is not often seen mixed with such adventure. This is not a genre that I normally read, but the political points raised in this were thought provoking, and the fast pace, combined with many twists and turns in the plot make this a really interesting read. For me it was a great combination of escapism, but with a depth and underlying wisdom that really takes this from being an ‘ordinary’ action thriller, to something with much more substance. But still an easy read that flows well from one scene to the next.
I can’t wait to read the next in this Series

Ferg
5.0 out of 5 stars Excellent premise and strong story telling
Reviewed in Australia on 17 November 2019
Verified Purchase
The concept of this book is highly intriguing. That someone could do this is, these days, not beyond the realm of possibility. It's fast paced and complex, but not to complex that the reader gets left behind. Looking forward to the next in the series to find out how it will end. if it does?
Read more
One person found this helpful
Helpful
Report abuse

Kate K
5.0 out of 5 stars Fast-paced and completely unpredictable!
Reviewed in Australia on 16 August 2016
Verified Purchase
So glad to see this is part of a series. There is nothing predictable about this book and the plot twists had me guessing right up until the end. I searched for more from the author but it looks like this is a debut, and a pretty impressive one at that. Great work to be able to maintain such a fast pace throughout the entire read.
Read more
2 people found this helpful
Helpful
Report abuse

Rachel Howman
5.0 out of 5 stars Aiden L Bailey’s best book yet!
Reviewed in Australia on 16 June 2018
Verified Purchase
What a page turner of a book! One of the best books I’ve read in awhile. Simon Ashcroft is a truly believable character who has very human emotions as well as being an ex ASIS agent. I’m looking forward to the next one.
Read more
Helpful
Report abuse

Julie Johnson-begg
TOP 1000 REVIEWER
5.0 out of 5 stars Techno Thriller - brilliant read.
Reviewed in Australia on 5 September 2016
Verified Purchase
This is a brilliant suspenseful read, the plot twists and turns introducing new characters with there own story lines that are ultimately linked together to combat the most powerful villain yet - Artificial Intelligence gone rouge.
Read more
One person found this helpful
Helpful
Report abuse

deejay78..
5.0 out of 5 stars what a great read
Reviewed in Australia on 16 January 2017
Verified Purchase
cant wait to read the next chapter as found this book impossible to put down even to have a meal, keep us guessing,good as if in some ways better than the jet series
Read more
Helpful
Report abuse

Taliis
5.0 out of 5 stars Fantastic read!
Reviewed in Australia on 23 June 2017
Verified Purchase
A friend lent me this book and what can I say, I couldn't put the damn thing down! So much so that I had to buy my own copy. So, come on Mr Bailey, where's book two? You've really started something now.
Read more
Helpful
Report abuse
See all reviews

M. Jones
4.0 out of 5 stars Thought provoking action thriller
Reviewed in the United Kingdom on 4 October 2019
Verified Purchase
Whilst the story does seem a bit fantastical at times and I found myself doubting some of the events were possible, the way technology has advanced and is still advancing makes you wonder if we are really that far away from something like this becoming a reality, and that is a scary thought.
I only deducted one star because there are quite a few typos and grammatical errors, although that seems to be the norm with Kindle books for some reason. Just ignore those and focus on the story and you'll enjoy it. I did.
Read more
Report abuse

Snoozie soo
5.0 out of 5 stars Great read
Reviewed in the United Kingdom on 7 February 2020
Verified Purchase
Took a while but I got there in the end! Lots of twists and turns and has you thinking. Great read
Read more
Report abuse

Mediapig
5.0 out of 5 stars A unique thriller with twists you won't see coming...
Reviewed in the United States on 26 June 2017
Verified Purchase
The Benevolent Deception is not your average spy thriller… Mr. Baily’s debut novel eschews the cliches and tropes of most action / espionage plots. Instead, it borrows some elements from trans-human sci-fi, Michale Crichton-esque techno-thrillers, and a healthy dose of deep conspiracy paranoia, and crafts an altogether unique and unforgettable thriller.

This book is filled with twists and turns, and will keep you turning the pages well into the wee hours, just to try to figure out what the heck is going on! The story is spread across several engaging and well rounded characters, each of whom manages to gather a piece of an ever-expanding puzzle. There’s plenty of action scenes, including a pulse-pounding escape from a pack of wild Hyenas across a moonlit African plain, as well as a man vs. jet fighter battle that will have your fist pumping in excitement! There’s even a few call outs and homages to espionage classics, such as Ian Fleming’s James Bond series (the books, not the films).

But where TBD really shines is in it’s ideas… they are big, scary, and uncompromising. Mr. Baily does not hold back… he pushes the envelope in a dramatic but plausible way, crafting a techno-spy thriller whose action and characters inhabit a world that lives “15 minutes in the future.” Fans of thrillers should do themselves a favor and check out his work ASAP!
Read more
6 people found this helpful
Report abuse

Kashif Hussain
5.0 out of 5 stars SCARY AI STUFF
Reviewed in the United States on 7 April 2019
Verified Purchase
The Benevolent Deception, despite illuminating with high praises, still caught me off guard with its scary-realistic narrative. The characters are grounded with characteristics and flaws that are very easy to relate to, which makes it natural to root for the characters. Mr. Bailey weaves a brilliant story spanning across continents but linked together effectively. I personally enjoyed the concept of Artificial Intelligence as employed by Mr. Bailey. The chain of events set in motion from the first page itself are thrilling and send chills down the reader's bones with the stunning but dangerous ramifications of not one, but TWO Artificial Intelligence programs hell-bent on their opposing missions. The action in the book is fueled with great character development and technical and weapon realism that keep the reader hooked. The twists and turns are absolutely mind boggling, leaving the reader desperate to find out more. While the book spans over 500 pages, it never feels too overwhelming. Rather, the book ends on a Bourne movie-esque cliffhanger-ish note that has me waiting impatiently for the next book in the series. From technical details to characters' emotions, this book manages to accommodate all the makings necessary for a cyberthriller with plenty of action to keep the readers on the edge of their seats. A MUST READ!
Read more
One person found this helpful
Report abuse
See all reviews
Get FREE delivery with Amazon Prime
Prime members enjoy FREE Delivery and exclusive access to movies, TV shows, music, Kindle e-books, Twitch Prime, and more.
> Get Started
Back to top
Get to Know Us
Make Money with Us
Let Us Help You
And don't forget:
© 1996-2020, Amazon.com, Inc. or its affiliates