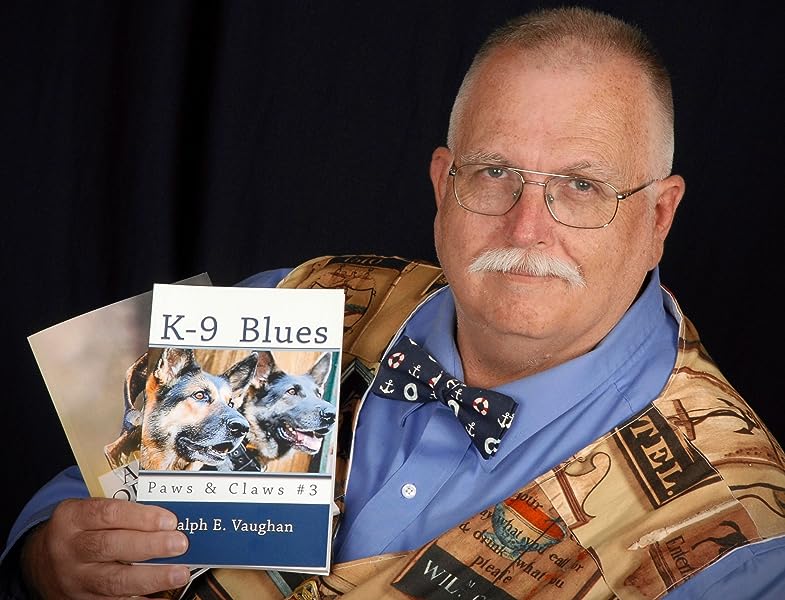 Beneath Strange Stars: A Collection of Tales Paperback – 10 February 2015

by Ralph E Vaughan (Author)
See all formats and editions
Sorry, there was a problem loading this page. Try again.

Ralph E. Vaughan is the author of several Sherlock Holmes novels and stories, such as "The Adventure of the Ancient Gods" (the first-ever crossing of Holmes and Lovecraft), "The Dreaming Detective," and "Sherlock Holmes and the Coils of Time." He is the creator of the popular Paws & Claws series, which began with "Paws & Claws: A Three Dog Mystery," in which three amazing dogs protect their neighborhood, thwart the evil plans of the nefarious Feral Gang, and occasionally save the world; the series continued with "A Flight of Raptors," and "K-9 Blues," with more to come in the adventures of the Three Dog Detective Agency. Most recently, he authored "Shadows Against the Empire," an interplanetary steampunk adventure set in 1882, first in a series of books. A writer since the late 1960s, he had published more than 300 short stories in a variety of magazines and journals. He is also a fan of crime fiction, from traditional British mysteries to the detective noir of Raymond Chandler and Lawrence Block. He is a long-time resident of Chula Vista, California, which is the setting of "Paws & Claws." He is married and has two children, a daughter who is a game designer and playwright and a son who is a conductor for the BNSF.
Start reading Beneath Strange Stars: A Collection of Tales on your Kindle in under a minute.