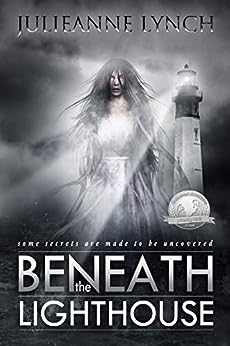 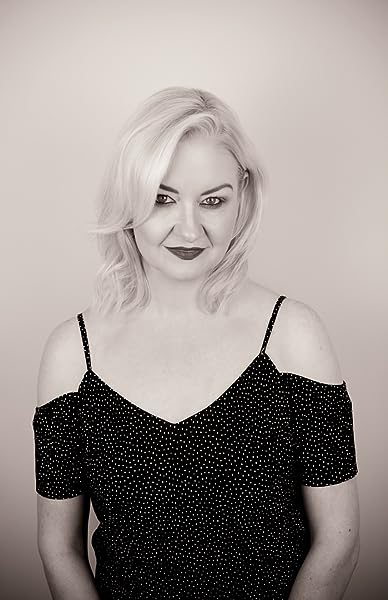 Beneath the Lighthouse Kindle Edition

Julieanne Lynch is an author of both YA and Adult novels. She was born in Northern Ireland, but spent much of her early life in London, United Kingdom, until her family relocated back to their roots.

Julieanne lives in Northern Ireland where she is a full-time author. She studied English Literature and Creative Writing at The Open University, and considered journalism as a career path. Julieanne has several projects optioned for film.

corrinne
TOP 1000 REVIEWER
4.0 out of 5 stars Ghostly story with a twist
Reviewed in Australia on 1 September 2018
At first it took me tiny bit to get used to the Irish language but then I really enjoyed it I enjoyed the ghostlyness of it and wasn’t expecting the twist at the end
Read more
Helpful
Report abuse
See all reviews

SoCalgirl
5.0 out of 5 stars Fantastic 5 star read
Reviewed in the United Kingdom on 27 June 2018
Verified Purchase
I loved this book. I'm a big fan of Lynch and her writing. This is some thing altogether different. We don't get a lot of Irish YA. And Irish Paranormal YA is a real treat.
Jamie has a terrible home life. He's searching for some form of relief from his burdens. He finds it through a special connection. A connection that's in equal parts extraordinary and terrifying. This book is so many things. The story and growth of a boy. A murder mystery. A shocking thriller. A paranormal horror. A A really really great book.
The best of Julieanne Lynch. So far. Because she's a storyteller who can turn her hand to anything, and I can't wait to see what she does next. Her newest book is always better than the last. And that really is exciting.

sheena
5.0 out of 5 stars GRIPPING STORY!!!!
Reviewed in the United Kingdom on 23 July 2018
Verified Purchase
I went into this book blind not knowing what it was about and I didn't know it was a paranormal read as this one I don't read. I have to say that this book has changed that. As soon as I started reading this story, it had me hooked and I was quickly turning the pages with this gripping story. I loved the writing. This was my first read by this author and I'm looking forward to reading more by her.
Read more
One person found this helpful
Report abuse

Amanda
5.0 out of 5 stars Great
Reviewed in the United Kingdom on 7 May 2021
Verified Purchase
Actually was surprised by this book a lot better than I expected
Read more
Report abuse

Z. V. Adams
3.0 out of 5 stars Atmospheric tale
Reviewed in the United Kingdom on 18 July 2018
Verified Purchase
This is a YA paranormal novel, with dark themes (depression, sexual assault, physical and mental abuse, sexuality, murder). Jamie McGuiness frequents the lighthouse where his sister’s body was found, in order to escape his tumultuous home life. When an angry spirit latches onto Jamie, he is about to uncover secrets, and learn to survive as he’s torn between the world of the living and the vengeful dead… This is an interesting novel, set in Northern Ireland. There is some wonderful Irish dialect, which does take a little getting used to. It's a very dark tale, full of twists (unfortunately, I did see one coming). I do have some issues though - the language is occasionally more what an adult would use, not a teenager, so it's jarring. Jamie is mentioned to have Aspergers Syndrome (a form of autism), but this doesn't really play into the novel. It is mentioned that he is able to control himself more, but I thought it would have some sort of connection to the plot, as I do have a little knowledge of the traits. The writing style is very fluid, swapping from past, present and also moments of possession from the spirit. All in all, this was a good, interesting, atmospheric read, but I wanted something more from it, but I can't pinpoint what exactly. I'm familiar with the author's work, and I don't want my friendship with her to impact my true feelings on this. In the end, taking into consideration how I felt about the book, I rated this 3 stars.
Read more
One person found this helpful
Report abuse
See all reviews
Back to top
Get to Know Us
Make Money with Us
Let Us Help You
And don't forget:
© 1996-2021, Amazon.com, Inc. or its affiliates