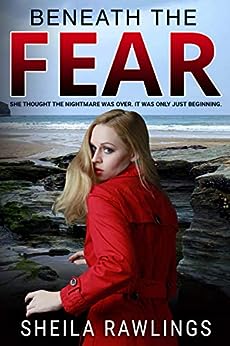 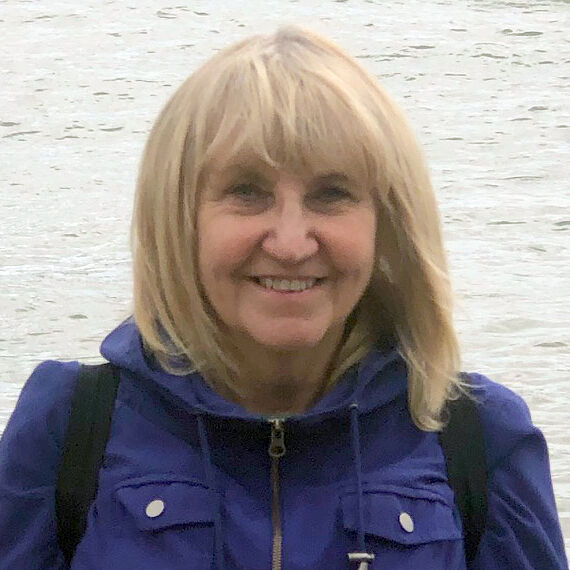 Beneath the Fear Kindle Edition

marnie | once upon a time book reviews
TOP 50 REVIEWER
4.0 out of 5 stars A thrilling read
Reviewed in Australia on 8 February 2021
Samantha was yet to experience what most of us have by the time we are a young adult, that is, that life can bring just as much tragedy and pain as it does love and joy. We follow her story as she tries to heal after losing her husband but, she could never imagine the worst may still be to come…

I throughly enjoyed this story and was caught up and hooked right off the bat. Sheila Rawlings did a great job of holding my attention and those pages on my Kindle flicking. The pace was spot on and although the outcome wasn’t a huge surprise, there were some elements that were.

The characters have been well put together and play out their roles well. My heart went out to Sam, who’s grief is so overwhelming, you could just feel the pain radiating from her through the pages.

I enjoyed the ease of Sheila Rawlings writing which is very engaging, as well as the use of the Cornish dialect through Nathan’s character. I do have to admit though, I had to re-read some of his lines at first but, I quickly got used to it and could follow along.

Beneath the Fear is a well written addictive read that had me turning the pages long into the night. A new author to me, Sheila Rawlings is now on my radar and I look forward to seeing what she will come up with for us next. It was a pleasure to read and review Beneath the Fear which I recommend.

Stina
TOP 50 REVIEWER
4.0 out of 5 stars Thrilling and Addictive
Reviewed in Australia on 10 February 2021
So what initially drew me to this book was its Cornwall setting. I love books set in what must be the most beautiful and rugged county in Britain. It adds to that sense of foreboding in thrillers as its landscape can be largely unforgiving, particularly in the grip of fog and blustery weather. With no guard rails on the picturesque clifftops, at least in these books ('cause let's face it, it detracts from the breathtaking landscape), one wrong move could see you tumble over the cliff edge to the rocks below. Despite not knowing what to expect, having never read this author before, I knew I would be in for a treat simply because it was set in Cornwall.

Opening with a Prologue that promises something sinister is afoot, BENEATH THE FEAR then takes us to Oxford and a date in time that our protagonist, Samantha Copeland, will never forget. It was a chilly November afternoon in 2018 when Sam, used to getting her own way, coerced hubby Stephen into a walk to blow to cobwebs away before he needed to complete a couple of paintings for his exhibition for the coming week. Sam was bored and wanted to get out of the flat so she used all her womanly charms that she knew Stephen was powerless to resist. Naturally he succumbed as she knew he would and after a few minutes of fresh air Stephen admitted to Sam that she was right - the walk was just what he needed.

Neither of them paid too much attention to the van that was parked outside Lloyds Bank as they crossed the street. Neither did they give heed to the car that pulled up across the road. It was only when the masked men began shouting at the security guard of the van, aiming a gun at him, did they notice what was happening. Stephen pulled Sam to the ground as bullets were fired and the rest became a blur.

Four months later, Sam was still blaming herself for Stephen's tragic death. If she hadn't coerced him, pleaded with him and wanted her own selfish way...then her husband, her soul mate, the love of her life would still be here. Instead, she was alone and despite her parents' best efforts to help her, Sam spiraled into a deep depression. Traumatised by her experience, she made a decision to retreat to a holiday cottage owned by her godmother on the Cornish coast, against her parents' fervent wishes. But Sam felt she needed this time alone to heal and come to terms with her loss.

Upon moving into the cottage, she reconnects with childhood friend Suzy - her godmother's daughter who manages the two holiday cottages - and who lives in nearby St Austell. And Sam discovers it is nice to have a friendly face around so far from home. Before long, Sam settles in to life in her remote cottage, enjoying walks on the beach and on the clifftops, and even a visit to the local village.

But then strange things start to happen, unnerving Sam in her new and relaxed environment. She begins to get the feeling of being watched. She notices a car following her. A figure watches her from a distance that looks startlingly like Stephen. And then there is the rose left on her pillow...just the way Stephen used to. And the smell of his cologne envelops the cottage. Added to that, Sam is plagued by dreams of drowning and her husband reaching out to her. But it's not until the shed door wakes her one night in the fierce winds, banging on its hinges, that she decides to confide in Suzy. But if she had thought her friend would be supportive, she was mistaken. Suzy immediately dismissed her claims as hallucinations although she did promise to get the shed door fixed.

And that is when Sam first meets local handyman Nathan Scott, who is tasked with not only fixing the shed door, but weeding the garden, clearing the yard and painting the cottage. So as Nathan becomes a fixture, Sam soon finds his presence comforting. The two often share a coffee together and Nathan's boyish smile soon relaxes her.

And then Tony Walker moves into the other cottage across the lane. A political journalist, he has escaped to the Cornish climes for peace and inspiration for the book he intends to write. But his attentions soon become more firmly fixed on Sam rather than writing. He soon takes it upon himself to take Sam under his wing and protect her from harm...to the point of controlling. Nathan and Tony hate each other at first sight, although Sam grows used to both men's company...albeit separately. Tony doesn't trust Nathan and Nathan doesn't trust Tony. So what is it each man is hiding?

Sam, on the other hand, just wants peace and quiet to heal her fragile mind and from losing her husband. But when the unnerving incidents continue, Sam is sure something - or someone - sinister is behind them...but no one seems to believe her. Suzy dismisses her thoughts, Tony disregards them and Nathan placates her.

Can Sam trust any of them? Or is she truly losing her mind?

With the appropriate sense of foreboding, BENEATH THE FEAR is an addictive read from start to finish. It is engaging, gripping and thoroughly enjoyable. There are some good twists that make for compelling reading. I did sort of work out what was happening...but not to its full extent. That's what made it even more delicious.

And the Cornish accent!! I love the Cornish accent! It's such a delight! I felt like I was watching Poldark every time Nathan spoke. You could feel the warmth in his words. The characters were well developed and made for interesting reading. And I love the short snappy chapters, which is always a big plus for me!

Overall, BENEATH THE FEAR is a well written addictive read that had me flipping pages into the night. An easy style to read, I look forward to more of Sheila Rawlings in the future.

Sian Phillips
5.0 out of 5 stars A Gripping Read
Reviewed in the United Kingdom on 9 October 2020
Verified Purchase
You can't put this book down as you're wondering "who is it?" and what is going to happen all the way through. All the strands are sewn together nicely leaving you guessing who could be the baddie right up to the end. I can normally work it out as I read a lot but didn't have a clue in this book. The author writes really well which is always important to me as a proofreader. I'd highly recommend this book.
Read more
Report abuse

Audrina Williams
5.0 out of 5 stars The exciting parts will come
Reviewed in the United States on 25 February 2021
Verified Purchase
Honestly, I thought at first I was going to end up giving this four stars, because the beginning was so slow, but it won me over in the second half and I have to give it a five! It kept me guessing right to the end and for the life of me I could not figure out how Nathan was going to fit into the mystery. Tony I kind of vacillated on, wondering whether he was a good guy or a bad guy, and I won’t do a spoiler about either man, but I enjoyed the character development with them and Samantha.

Around the time the red car started showing up was when the story, in my opinion, really began to move. The beginning was exciting, but then once she went to Cornwall it seemed like there were so many references to mundane things that it got a bit boring, like getting her jacket because it was cold, multiple references to eating cornflakes or her musings about needing to go shopping. I was also going to scream if one more person came in and “plonked” themselves down on something or other, but just about the time I felt like “okay, is anything going to happen here?” things started happening!

The only thing I couldn’t really find plausible was that she would be so placating with Tony. He was a perfect stranger. Why would she have to justify every move she made to him almost as if she was afraid of him? I kept waiting for that to be explained and it never was. I can’t imagine why any woman would feel obligated to explain or defend every move she made to some stranger just because he showed an interest in her. That just didn’t make any sense to me. But like I said, when the actual mystery began to get into high gear, it was gripping until the very end. So hang on until the second half of the book, because it gets far less repetitive from midway on and the story really starts to move. I loved the last scenes as well, and the ending is excellent!
Read more
Report abuse
See all reviews
Back to top
Get to Know Us
Make Money with Us
Let Us Help You
And don't forget:
© 1996-2021, Amazon.com, Inc. or its affiliates