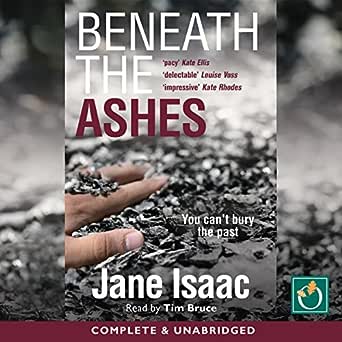 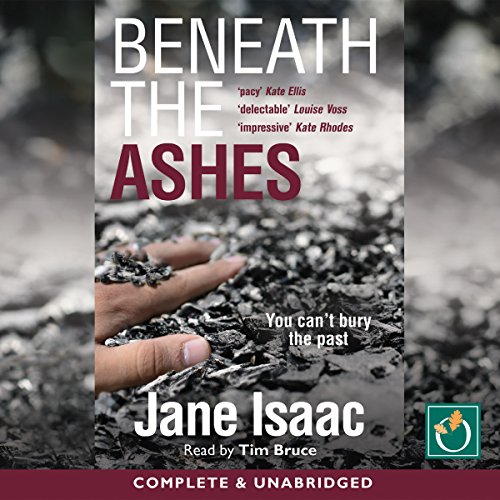 Beneath the Ashes: DI Will Jackman Series, Book 2

CathyR
4.0 out of 5 stars DI Will Jackman #2
Reviewed in the United Kingdom on 9 August 2017
Verified Purchase
4.5*
DI Will Jackman is called to the remains of a burnt out barn, appearing initially as a straightforward case of arson. Until a burned body is discovered. When Will calls at the nearest farmhouse to speak to the owners of the barn, he finds a confused and injured young woman. Nancy Faraday is in a relationship with the manager of the farm, Evan Baker, and the owners are abroad. Nancy can’t remember anything after spending the evening in the pub with Evan, or why she woke up on the kitchen floor amid shards of glass from the shattered back door.

As Will and his team work to unravel the case it becomes apparent it’s anything but straightforward as they uncover false identities, links to previous cases and secrets. People are not always as they appear. Will has more than enough on his plate with the added complications of a looming promotion interview board, a visit from his daughter and the boyfriend Will hasn’t yet met and the state of his wife’s health.

Beneath The Ashes, the second book in the DI Will Jackman series, is an extremely well structured, complex and convincing police procedural. An easily believable and twisty plot, the seemingly unconnected threads going off in all directions before being tied up cleverly with a great ending. The thorough research and attention to detail is fascinating, I liked the atmosphere and feeling of involvement as the investigation progressed. Great setting too, I love Stratford upon Avon and the surrounding countryside.

Although the story focuses predominantly on the investigation, Will is an engaging main character who I’m beginning to like very much. He’s not an emotionally damaged detective but has a tragedy in his life which has left him with feelings of guilt regarding his wife’s situation. He’s living on his own since his daughter left for university, very proud of her and coming to terms with the fact she’s an independent person going her own way in life. He’s also dealing with the idea of a possible promotion, his wife’s terrible condition as well as diligently working all hours to solve the present case. Jane Isaac captures the essence of the characters, bringing them and their interactions to life realistically.
Read more
2 people found this helpful
Report abuse

Beyond The Books
4.0 out of 5 stars Great police procedural
Reviewed in the United Kingdom on 8 November 2020
Verified Purchase
Beneath The Ashes is the second book in the DI Jackman series. It is easily read as a standalone but as always is even better read in order.
This book definitely does not disappoint. A body in a burnt-out barn is only the starting point, the levering of the lid of a can of worms that keeps the cops and the reader guessing. Jane Isaac's strengths are her attention to detail, especially with regard to police procedures, and her skill in weaving an intriguing, contemporary mystery and including surprises along the way.This comes in the forms of the twists and turns as the story develops.
An immersive read that I can recommend. Thanks to netgalley for the copy of the book.
Read more
Report abuse

William Stafford
4.0 out of 5 stars Solid Entertainment
Reviewed in the United Kingdom on 21 November 2016
Verified Purchase
The second Will Jackman story does not disappoint. A body in a burnt-out barn is only the starting point, the levering of the lid of a can of worms that keeps the cops and the reader guessing. Isaac's strengths are her attention to detail, especially with regard to police procedures, and her ability to weave an intriguing, contemporary mystery and include surprises along the way. The Stratford-upon-Avon setting is also a plus, if you know the town at all, but if you don't, it doesn't detract from a solid piece of clever crime fiction that delivers on all fronts.
Read more
Report abuse

Peter B
4.0 out of 5 stars Very good read. A little too complex at times and some chapters had to be reread
Reviewed in the United Kingdom on 30 November 2019
Verified Purchase
However I really enjoyed getting to know the characters and look forward to the third book, which I have just downloaded
Read more
Report abuse

Veronica Thompson
4.0 out of 5 stars Authentic crime writing.
Reviewed in the United Kingdom on 4 September 2018
Verified Purchase
Excellent story telling but literary style a bit disconcerting at times. Occasional weird sentence construction stopped me in my tracks sometimes. However, it is overall a good read as the authenticity of the police procedural issues seeme very realistic and the characterisations are good.
Read more
Report abuse
See all reviews
Back to top
Get to Know Us
Make Money with Us
Let Us Help You
And don't forget:
© 1996-2021, Amazon.com, Inc. or its affiliates