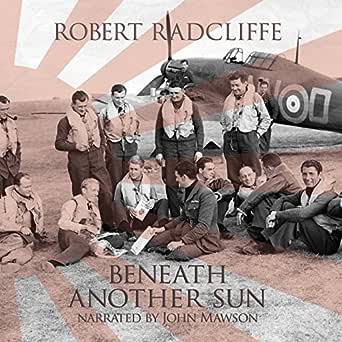 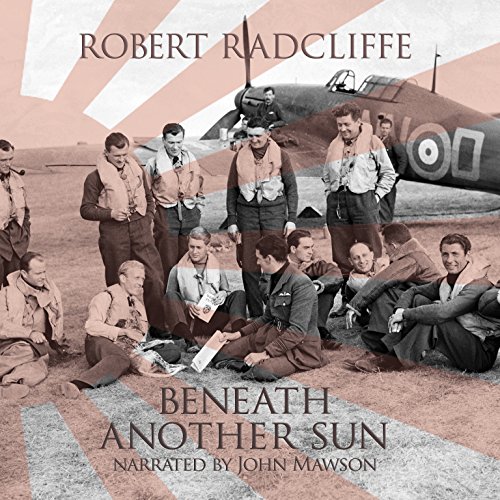 4.7 out of 5 stars
4.7 out of 5
37 global ratings
How are ratings calculated?
To calculate the overall star rating and percentage breakdown by star, we don’t use a simple average. Instead, our system considers things like how recent a review is and if the reviewer bought the item on Amazon. It also analyses reviews to verify trustworthiness.

PhillipBubb
4.0 out of 5 stars Rich narratives
Reviewed in Australia on 13 April 2018
Verified Purchase
A humane reconstruction of the horrors of war for people for whom war is now distant. Leavened by love story and home front. It is as though Radcliffe replays the war for newer generations and does so well. Its realism recalls that of Zola's The Debacle, set in the Franco-Prussian war. Like his other books, he shows mastery of narrative fiction, changing narrative perspectives and turning back in time to provide a compelling read.
Read more
Helpful
Comment Report abuse
See all reviews

Smokey Joe
4.0 out of 5 stars Grim but good
Reviewed in the United Kingdom on 26 May 2012
Verified Purchase
I am glad that Robert Radcliffe made this novel available directly even though it was apparently rejected by his publishers as being a grim read. It is not for the faint hearted but on the other hand there is very little fiction that tackles the dreadful events surrounding the lives of captured allied POWs by the Japanese forces in WWII (I can only think of 'King Rat' by James Clavell and 'Empire of the Sun' by J G Ballard). I thought the only weakness was in parts of the book set in Bletchley park where there are some factual errors but I suspect these were made to weave in the fabric of the narrative. I found myself very engrossed in the story and rather like his earlier work, especially Upon Dark Waters, I suspect I will think about it often for some time. Well worth owning a Kindle for and a good enough reason is to proverbially poke the stupid wannabees who work in publishing in the eye!
Read more
7 people found this helpful
Report abuse

tommyr
5.0 out of 5 stars Another masterpiece
Reviewed in the United Kingdom on 21 June 2012
Verified Purchase
As with Radcliffe's other two novels set during WW2, this is a novel about people and not a simple shoot-up-the-enemy page turner. That it deals with horrific subject matter in detail often all but unbearable to read is brave, but as one of the characters says it is important for the world to know what went on in the Far East. It is also a novel about how the most dire of circumstances can bring redemption as it does for Phillip Darke the doctor. The two strands of the story are, as ever, woven together in masterly fashion, with a great deal of authentic period detail, both in the military aspect and on the home front. What Radcliffe does with consummate skill though is make us care about his characters and desperate to know what becomes of them. I love this man's work, and cannot recommend it too highly.
Read more
5 people found this helpful
Report abuse

Melba
5.0 out of 5 stars Another WW2 story that combines fact with fiction.
Reviewed in the United Kingdom on 25 May 2013
Verified Purchase
Like his other WW 2 books this one helps you understand a little of what it must have been like for the men and women who lived through it. This book tells the story of Tom who becomes a Hurricane pilot and how he ended up Singapore just before the Japanese invasion and his experiences as a prisoner of war. It isn't enjoyable read! But most people know by know by now what to expect. There assassin stories about his girl friend Jenny and another about the doctor who was sent into the camp to organise their repatriation.

It is incredible how much people can withstand and shows what any one of us could do if it was really necessary, and makes you appreciate what these poor men went through.

I found the book very moving. I will remember it always.

David Makepeace
5.0 out of 5 stars Brilliant, moving,page turner
Reviewed in the United Kingdom on 11 July 2017
Verified Purchase
I am now a fan. Radcliffe manage s to weave strands of narrative into a tapestry of connections which are both believable and engaging. The characters are well wrought and have depth. In particular the reality and consequence of suffering in wartime are sensitively realised with truthfulness and with poignancy. He writes with deep respect and affection for those whose real lives inspire his fictional accounts of historical events.
Read more
Report abuse

Mr. Michael Read
5.0 out of 5 stars Masterpiece
Reviewed in the United Kingdom on 26 March 2013
Verified Purchase
This book immediately touched a nerve, as my own grandfather was a Far East POW, dying from dysentery whilst in captivity aboard a Japanese transport "hellship". Other references, mostly to places such as Ely, Cambs, and to the Royal Norfolk Regiment (aforementioned grandfathers younger brothers was in the Norfolk's) made this even more 'real' for me personally.

That is however almost as an aside, as despite the subject matter, this book is as captivating as the others from the author - all of which I have read. It is as my title suggests, a masterpiece of story telling. The publishers made a big mistake here!