Being You, Changing The World and over 1.5 million other books are available for Amazon Kindle . Learn more
Share <Embed> 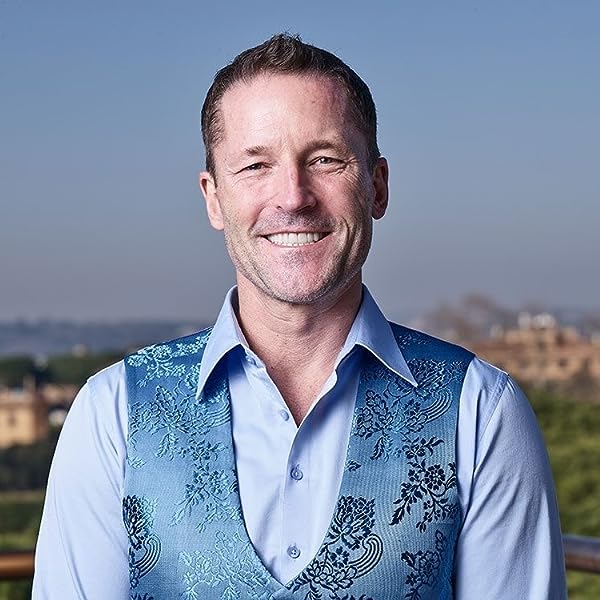 Being You, Changing the World Paperback – 1 March 2013

Page 1 of 1 Start overPage 1 of 1
Previous page
Next page
Start reading Being You, Changing The World on your Kindle in under a minute.

4.7 out of 5 stars
4.7 out of 5
496 global ratings
How are ratings calculated?
To calculate the overall star rating and percentage breakdown by star, we don’t use a simple average. Instead, our system considers things like how recent a review is and if the reviewer bought the item on Amazon. It also analyses reviews to verify trustworthiness.

Robyn Campbell
5.0 out of 5 stars Being You, Changing The World
Reviewed in Australia on 10 July 2014
Verified Purchase
This book can open any person up to having choice and change in their lives, without going into judgement of themselves or others. This books helps you with tools and enpowers you to move forward when you may not feel you are able too. This book is for the person who truly is ready to have change and ready to choose diffently for themselves.
Read more
3 people found this helpful
Helpful
Report abuse

Mr. K. Gandhi
5.0 out of 5 stars Awesome book, changes you from inside out
Reviewed in Australia on 8 November 2018
Verified Purchase
Easy read, very transformative... things change as you go through the book, highly recommended!! It starts the magic in your life!
Read more
Helpful
Report abuse

Dr. P. A. Barton
5.0 out of 5 stars How to BE the best we can BE
Reviewed in Australia on 26 June 2015
Verified Purchase
Coming across as an ordinary bloke it's not long before you realise he and his mentor, Gary Douglas, are BEing extraordinary people. Two healing miracles came from practising Dain's teachings and I haven't even finished the book yet. Patti
Read more
One person found this helpful
Helpful
Report abuse

Margaret Braunack
5.0 out of 5 stars Such a contribution to my life!
Reviewed in Australia on 29 April 2015
Verified Purchase
An amazing book that I can pick up at any time and it always facilitates me in the moment of what it is that I asking for. It has been an amazing contribution to my life! Thank you Dain.
Read more
One person found this helpful
Helpful
Report abuse

Audrey Plate
5.0 out of 5 stars If ever a book offered what it says in the title, this is that book.
Reviewed in Australia on 29 November 2015
Verified Purchase
What can I say, this stuff works, thank you to all involved and to me too for reading it and being open to possibility of greater ... we rock
Read more
One person found this helpful
Helpful
Report abuse

Amazon Customer
5.0 out of 5 stars Love the book, best book l have ever read
Reviewed in Australia on 9 April 2017
Verified Purchase
I got so much out of this book, l know my life will never be the same again. THANK YOU
Read more
One person found this helpful
Helpful
Report abuse

MousieTung's mum
5.0 out of 5 stars Feels good
Reviewed in the United Kingdom on 12 December 2015
Verified Purchase
I really really like this book. Not because I agree with all of it*, but more because it feels "right" (if that doesn't seem a contradiction)

There is something about the writing style that makes you want to engage in a dialogue with the author. So that, even when I found myself disagreeing, I was wishing I could speak to him, to see if I'd understood what he was saying, or if he meant something else.

On a very few occasions, it feels like a sales pitch for the Access courses - and that put me off a little, rose my barriers. On another couple of occasions, it felt just a bit too gooey and insincere. But overall, I like it. I wish this guy were my neighbour, so I could have a nice long chat with him in a chilled out unrushed kind of a way. That's gotta be some kind of charisma, if he can make people want to talk to him, even when he's writing stuff that you aren't sure you entirely agree with :)

*examples of things I disagreed with: sometimes he writes something as if he's expecting 90% of people to say, "that's so true!", and I do wonder if it's a cultural perspective, that is more true for Americans. For example, very early on in the book, he says people keep thinking that they can change or control something to be happy, but will never admit to themselves that they feel they've f*cked everything up (word censor put in for Amazon's sake, not because I object to the word) - and that they'd definitely never admit this to anyone else, because they don't want to admit to being "wrong". And I just thought, "Really?". I'm not sure this is true for Brits. I think a lot of British people think they've got lots of things wrong, and have made lots of mistakes. And ironically, just the day before I read that, I was thinking about how I'd messed everything up and got everything wrong, and how I'd love to be close enough to share that with someone - and what keeps me from doing that isn't a fear of being "wrong", it's just not wanting to drag other people down with my problems and insecurities.

Another example of something I disagreed with. About halfway through the book, he says that people never say to each other (paraphrasing, as I haven't got the words in front of me), "I really adore you, and it hurts that you don't want to be as close to me as I do to you. And that's why I sometimes lash out and try to make you wrong." He says a) that no one ever says this and b) if you did, the other person would just melt. Sadly, he is wrong on both counts. I gave nearly exactly this speech to someone I care very much about 6 months ago. He didn't melt. He wasn't awful or evil, he just said (again, parapharsing), "I worry that you are nuts. and you aren't my priority." (I'm not nuts, honest :) - but I am pretty open). And we stopped being friends after that (we are still pleasant to one another when we meet, but we aren't close any more)

Still, I enjoyed reading it, very very much. And it feels right enough for me to want to keep reading, and keep trying out some of the (very simple) exercises and ideas he suggests.

Hana
5.0 out of 5 stars Must read!
Reviewed in the United Kingdom on 16 March 2016
Verified Purchase
I am not the one reading self help books but this book changed my life. It sounds cheesy but it really made me aware of a lot of things in my life and around me. That awareness put me in better happier place. The book gave me tools on how to deal with many situations and even how to turn bad situations into good ones. I did buy the audio book and its amazing, you really get feel for what he means when he is explaining something. After I liked the audio so much I also bough the paper copy to make notes in the book and use it as workbook.
Read more
5 people found this helpful
Report abuse

Kindle Customer
3.0 out of 5 stars A delight to read and ponder but maybe difficult to do anything with on your own
Reviewed in the United Kingdom on 10 May 2017
Verified Purchase
I often buy bookslike this hoping that at least one wee gem will jump out at me and help me to live my life better and help others in my coaching practice.

This book does that in getting the reader to focus on all of the internal dialogue baggage that often holds us back.

However I do feel that the whole POD/POC idea while sounding easy to do is actually a lot harder to do than just repeating the affirmation over and over again. Stripping away all those years of indoctrination and perceived wisdom is going to take more than an nice wee affirmation for this reader.

Still, there are some good ideas in her and perhaps coupled with their classes might help more. Or maybe work throug it with a friend who's read it.
Read more
One person found this helpful
Report abuse

Foxy
5.0 out of 5 stars Life changing
Reviewed in the United Kingdom on 7 January 2020
Verified Purchase
Great book! Changed my life and my view on life in a more positive way. I'm doing things now that I could never imagine doing before I read it.
Read more
2 people found this helpful
Report abuse

Bright Light
5.0 out of 5 stars Amazing book
Reviewed in the United Kingdom on 7 June 2020
Verified Purchase
I have this in paperback and audiobook. Both excellent. Don't hesitate to purchase.
Read more
Report abuse
See all reviews
Get FREE delivery with Amazon Prime
Prime members enjoy FREE Delivery and exclusive access to movies, TV shows, music, Kindle e-books, Twitch Prime, and more.
> Get Started
Back to top
Get to Know Us
Make Money with Us
Let Us Help You
And don't forget:
© 1996-2020, Amazon.com, Inc. or its affiliates