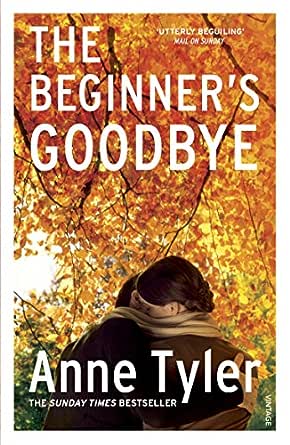 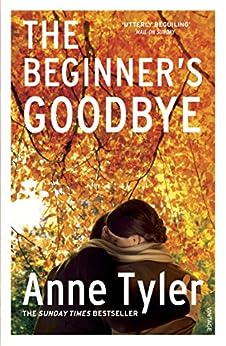 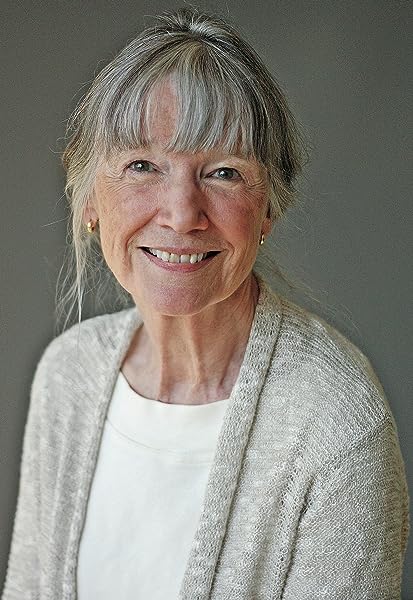 "Anne Tyler draws a comedy that is not so much brilliant as luminous - its observant sharpness sweetened by a generous understanding of human fallibility" (Jane Shilling, Daily Telegraph)

"One of my favourite authors, one of the very few I rush out to buy in hardback" (Craig Brown, Mail on Sunday)

"Anne Tyler is a novelist who has elevated pitch-perfect observation of everyday detail into an art form" (Elizabeth Day, Observer)

"Out of this everyday material she spins gold: stories so achingly truthful, so achingly funny, so sad and so real that you can only marvel" (Elizabeth Buchan, Daily Mail)

An Anne Tyler gem- a story about love, about marriage, about two ordinary people so intertwined they cannot be separated - even by death ...
See all Product description

Miriam C. Jacobs
4.0 out of 5 stars Roman a clef resembles The Accidental Tourist
28 December 2017 - Published on Amazon.com
Verified Purchase
The Beginner's Goodbye shares plot elements and themes with The Accidental Tourist. If you have read the latter so many times you have it memorized, you will find good recourse in the former.

The central character, Aaron, has lost his spouse, not his child, but proceeds through, like Macon in TAT, the seeming impossible pain and numbness of the first hours to a reconciliation of sorts. Again, some of the wittiest passages concern day-to-day operations and titles of a small publications company in Baltimore where Aaron works as an editor. There is the retreat to the family home, where Aaron's sister, like Macon's, maintains a living memory of their childhoods, and the consequent abandonment of Aaron's marriage home. This house, like Edward the dog in TAT, is a foil character in the story; as it is rebuilt from the accident that killed Aaron's wife, Aaron himself is able somewhat unconsciously to rebuild. This reconstruction can only be effected through the agency of others - family, friends, coworkers, community. It is a theme we encounter again and again in Tyler, our necessary social dependence, and the struggle of the wounded loner to accept it, rejoice in it.

The protagonist speaks from the first person, an unusual choice for Tyler.

Like her other novels, The Beginner's Goodbye is a roman a clef, and the key is to be found, like in Shakespeare, in the swear words. Aaron thanks heaven. "Jesus, Dad," the dead twelve-year-old Ethan complains in TAT about a movie theatre seat. These are two examples of a device that proliferates throughout her body of work. They are worth a dissertation study all on their own.
Read more
11 people found this helpful

WritingKim
3.0 out of 5 stars A gentle read through death and starting over ...
15 May 2014 - Published on Amazon.com
Verified Purchase
Anne Tyler’s latest book “The Beginner’s Goodbye,” was our August pick. Tyler tends to write about people like us, everyday people, and this is no exception.

The story opened with the protagonist, Aaron Woolcott, announcing, “The strangest thing about my wife’s return from the dead was how people reacted.” The rest of the chapter followed Aaron, accompanied by his dead wife Dorothy, on a host of normal daily activities. It’s not until Chapter 2 that we found out how Dorothy died. This was my favorite chapter, you felt like you were living through it with Aaron.

The accident that killed Dorothy also severely damaged their home. Aaron had to move into his sister’s (Nandina) home until all repairs could be made to the house. Aaron returned to work within days of Dorothy’s death. He worked for his family’s business, Woolcott Publishing, with his sister. He had worked with the same people for most of his adult life. They published the “Beginner’s” this and that series of books. Aaron’s way of dealing with his grief was avoidance of everyone close to him, even his sister who he lived with.

Aaron and Dorothy were a mismatched couple according to everyone that knew them. Dorothy was eight years older and much shorter than Aaron. She was a doctor with no social skills and he was social. She looked frumpy and didn’t care about fashion or her appearance. Aaron had physical issues and was left without the full use of his right side from a virus in childhood. He also stammered from time to time. Aaron worked for the family business and Dorothy was estranged from her family. The reader was told that Aaron and Dorothy had been married for 11 years, “happily, unremarkably.” This marriage appeared rather dull and uninteresting, but with some mutual romantic benefit.

Aaron and Dorothy did have an affection between them laced throughout the story, but the relationship truly did seem “unremarkable.” There’s a glimpse of passion when Dorothy dies, but other than that it feels more like a fondness. I didn’t feel real suffering from Aaron, but Dorothy’s appearances must be his way of dealing with his loss, he is after all a “Beginner.”

I was reading another book on death, “The Year of Magical Thinking,” by Joan Didion. Didion’s book is an account of the year after the loss of her husband who died unexpectedly. Her daughter was also gravely ill at the time. Of course, Didion’s book is nonfiction and Tyler’s book is fiction, but I happened to read them within a month of each other. Didion’s book is extremely powerful. The emotions are raw, and you experience her loss with her.

After going over and over so many different instances Didion wrote, “Would I need to relive every mistake.” Absolute loss of someone you have been so intimate with for years is the number one stressor. Death of a spouse has held that position for decades on multiple research studies. Didion shows us exactly how she felt throughout the year. A fear had settled over her at one point and the following is the excerpt from her book:

We can all imagine the isolation and loneliness Didion was feeling.

In Tyler's book Aaron also relived his conversations and mistakes with Dorothy. I just never felt the loss like I did with Didion. The love Didion had for her husband was shown in every paragraph and every line. I didn’t see that kind of love in Aaron for Dorothy.

There are all kinds of love and marriages out there and that’s a good topic to bring up for book club. “The Beginner’s Goodbye,” lets you explore death without the immense heaviness of some other books on the subject. I think this is a good read for book clubs even with death as the subject. Tyler creates these characters that are so unique and memorable and yet so like all of us.

Tyler’s writing is subtle, and we as readers need to slow down and breathe when reading her work. There is no wave after wave of unbelievable tension in her stories, just normal lives under normal circumstances.

Tyler doesn’t do book tours or give in-person interviews (except one recent interview with USA Today. Here is the link if you want to read it: [...]
Read more
8 people found this helpful

Valeria Endicott
2.0 out of 5 stars One of the most boring books I’ve read by Ann Tyler
4 November 2019 - Published on Amazon.com
Verified Purchase
An obsessive, self centered main character who lacks interest and sympathy for other people blathers endlessly about his trivial dislikes & irritations. He seems to admire no one & to have gratitude for nothing. His wife dies & reappears but even that is dull. He seems to learn nothing & eventually remarries. I kept waiting for something of note to happen, but no. It is one thing to write about a boring person but it is necessary to make them somehow interesting. This novel is a big flop. It left me feeling empty & irritated when I concluded it. Why in God’s name she chose to write this irritating book is a mystery.
Read more

Stacy Helton
4.0 out of 5 stars THE BEGINNER'S GOODBYE is a Minor Entry in the Tyler Oeuvre
29 December 2012 - Published on Amazon.com
Verified Purchase
I'm not sure how many years away we are, but I think one day Anne Tyler will enter the canon of modern literature in a more prestigious place than she is now. There was a run in the late 80s where she was a "best-selling author" thanks to successes like THE ACCIDENTAL TOURIST and BREATHING LESSONS, but even after this attainment she was still turning out well-written, well-developed fiction about the denizens of Baltimore. THE AMATEUR MARRIAGE, BACK WHEN WE WERE GROWNUPS and DIGGING TO AMERICA in the past ten years alone has continued to flourish her reputation. Going back to early Tyler (SEARCHING FOR CALEB, A SLIPPING-DOWN LIFE and my personal favorite, DINNER AT THE HOMESICK RESTAURANT) the reader finds an embarrassment of riches. This is an author who has not written a bad book. Her latest novel, 2012's THE BEGINNER'S GOODBYE is a minor entry in the Tyler oeuvre, tackling a popular Tyler theme, death and resilience. This is the story of Aaron Woolcott and how he deals with the death of his wife. Woolcott runs a vanity press that makes a series of "beginner guides" similar to the DUMMIES series, but more aimed for a gift-giving consumer. The quirky occupation is a hallmark of Tyler, as is her continued celebration of her hometown of Baltimore. This slim novel (a hair shy of 200 pages) zips along and is inhabited by advocates in the office, as well as a nosy sister and a determined contractor. Not the best Tyler door to open, but if, like me, you enjoy a rich story highlighting the ambiguity of human emotion and the steps we go to keep ourselves sane, then by all means take Tyler's latest journey.
Read more
7 people found this helpful
Go to Amazon.com to see all 447 reviews 4.0 out of 5 stars
Get FREE delivery with Amazon Prime
Prime members enjoy FREE Delivery and exclusive access to movies, TV shows, music, Kindle e-books, Twitch Prime, and more.
> Get Started
Back to top
Get to Know Us
Make Money with Us
Let Us Help You
And don't forget:
© 1996-2020, Amazon.com, Inc. or its affiliates