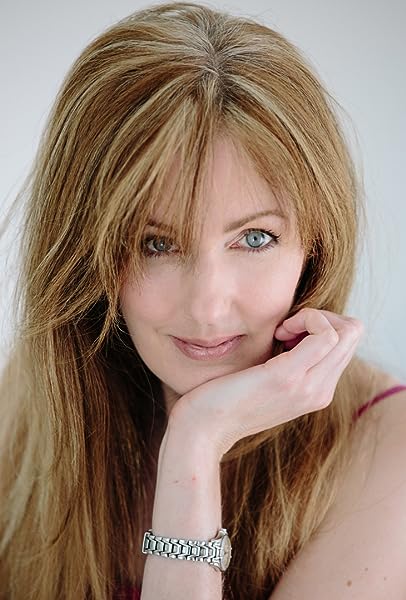 by Rachel Amphlett (Author)
4.2 out of 5 stars 42 ratings
See all formats and editions
Sorry, there was a problem loading this page. Try again.

"An action-packed thriller that barrels along at an astonishing pace, and one that will keep you guessing until the very end!" Goodreads "I thought this might be a lovey dovey womans book. It was anything but, and a great adventure read. The characters were alive and the story moved from page to page at a frantic pace...and the twist in the tail was totally unexpected!" Goodreads

"Character development was terrific, I really felt as if I knew these people. Tense, excitement, drama, bit of a love interest - this book really did have it all. And the ending? What can I say? I NEVER saw that coming ... phew!" Goodreads

"As soon as you start reading you know this is going to be a very fast paced book, it was a very easy read with a good storyline which had a twist near the end which I wasn't expecting at all!" Goodreads

Rachel Amphlett is a USA Today bestselling author, best known for her fast-paced crime fiction and thriller novels. Her debut thriller, White Gold was released in July 2011 and features British secret agent Dan Taylor. The series established Rachel as an author to watch and spurned three more novels before Rachel turned her attention to a new character, Detective Kay Hunter. The Kay Hunter crime thrillers are based in Maidstone, Kent and feature a tight-knit team of detectives. Praised for their authenticity and attention to detail, the books are also much loved by readers for their page-turning plots and devious twists with comparisons to TV shows NCIS and Law & Order: Criminal Intent. The first book, Scared to Death was published in 2016 and won praise from Robert Bryndza (The Girl in the Ice, Shadow Sands) and Angela Marsons (Silent Scream, Deadly Cry). More recently, Rachel created a new crime thriller series based around the central character Mark Turpin, an Oxfordshire-based detective. The first book, None the Wiser, received critical acclaim from Adrian McKinty (The Chain) and Jo Spain (With Our Blessing, The Confession), with the follow-up book, Her Final Hour being praised by the creator of the DCI Banks series, Peter Robinson. In addition to her detective stories, Rachel also writes the English Assassins series featuring female assassin Eva Delacourt, and a number of standalone crime thrillers, psychological thrillers and conspiracy thrillers. A keen traveller, Rachel holds both British and Australian citizenship. You can find out more about Rachel and her books at www.rachelamphlett.com
Start reading Before Nightfall: An action-packed conspiracy thriller on your Kindle in under a minute.

Gate 35
5.0 out of 5 stars The new Queen of international romantic thrillers
Reviewed in Australia on 5 June 2014
Verified Purchase
Having read Rachel’s excellent first two “Dan Taylor” thrillers, I was excited to see her third novel is a standalone suspense story.

Again the plot is bang up to date, featuring real characters in a frightening yet poignant situation, a twist or two that you don’t see coming and a bit of will-they-won’t-they romance too.

The House of Amphlett continues to produce the goods. Another bestseller - no question.

Amazon Customer
5.0 out of 5 stars Thrilling read
Reviewed in Australia on 13 May 2016
Rachel Amphlett does it again. Another thrilling page turner. It had me totally engrossed. I read this in one afternoon and highly recommend to anyone who enjoys a fast paced thrilling novel.
Susan Hill
Brisbane
Australia
Read more
Helpful
Report abuse
See all reviews

waycat
5.0 out of 5 stars A talented author.
Reviewed in the United Kingdom on 22 March 2018
Verified Purchase
Rachel Amphlett is a very gifted and talented writer.

She has a real knack of telling a story and constucting it in such a way that the reader becomes totally immersed and taken along on a ride of thrills, tension, action - all with the added bonus of characters that you can’t help but become attached to, people who are likeable and believable in equal measure.

Having read and enjoyed all her books, I am so glad I discovered her as an author. I shall most certainly be persuing all her future releases without fail.
Read more
Report abuse

bob leary
5.0 out of 5 stars Cannot beat it
Reviewed in the United Kingdom on 23 March 2021
Verified Purchase
Very difficult to better the stories delivered by this author. Another fascinating story involving international terrorism and business with many twists and turns including some romance.
Read more
Report abuse

LooseBoots
5.0 out of 5 stars Dan Taylor classic thriller
Reviewed in the United Kingdom on 8 January 2018
Verified Purchase
Again this is another review of mine that went missing.
If its a Rachel book its worth a read, if it's a Dan Taylor story , it's doubly worth a read.
These books definitely burn the midnight oil.

Alison Waterfield
5.0 out of 5 stars A fast paced and action packed thriller
Reviewed in the United Kingdom on 1 February 2017
Verified Purchase
Before Nightfall is a thoroughly engaging and all consuming thriller. It has you gripped from the start. It is brilliantly written with a well constructed plot. I enjoyed the storyline, full of action and tension, with a bit of romance thrown in. A riveting action thriller that won't disappoint. Highly recommend it.
Read more
Report abuse

Kindle Customer
5.0 out of 5 stars Before nightfall
Reviewed in the United Kingdom on 4 November 2020
Verified Purchase
Certainly a page turner. The story telling made a compelling read right up to the end.cannot wait to start the next book
Read more
Report abuse
See all reviews
Back to top
Get to Know Us
Make Money with Us
Let Us Help You
And don't forget:
© 1996-2021, Amazon.com, Inc. or its affiliates