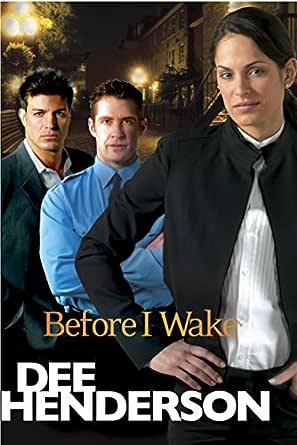 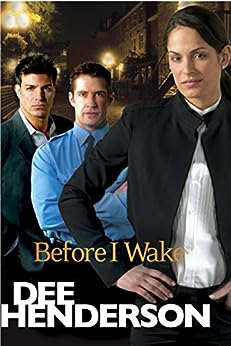 Before I Wake Kindle Edition

Dee Henderson is the author of over a dozen bestselling novels, including the acclaimed OMalley and Uncommon Heroes series. As a leader in the inspirational romantic suspense category, her books have won or been nominated for several prestigious industry awards, including the RITA Award, the Christy Award, the ECPA Gold Medallion, the Holt Medallion, the National Readers Choice Award, and the Golden Quill. She is a lifelong resident of Illinois.

Sheriff Nathan Justice loves the town he serves. Founded by his family generations before, Justice, Illinois, is mostly a peaceful place. But the tranquility has just been shattered.

Women visiting Justice are being murdered. Tourists in nice hotels, money still in their billfolds, jewelry still on the dresser. Quiet kills-they go to sleep and never awaken.

Rae Gabriella left the FBI after an undercover investigation turned terribly wrong. She's seeking to rebuild her life, and working as a private investigator alongside her former boyfriend Bruce Chapel in Justice, Illinois, seems like a place to start. But she suspects finding some peace and restoring her shaken faith will take more than just a change of location.

The sheriff is not pleased to find Rae working a case on behalf of one of the victims' families. Rae is staying in the same hotel where one of the women died, and her looks suggest she could be the next victim. Now that Bruce, Rae, and Nathan are forced to work around each other, the situation is threatening to become something much more personal . . . and it will test the faith of everyone it touches before it is over. . . . --This text refers to an alternate kindle_edition edition.

4.4 out of 5 stars
4.4 out of 5
164 global ratings
How are ratings calculated?
To calculate the overall star rating and percentage breakdown by star, we don’t use a simple average. Instead, our system considers things like how recent a review is and if the reviewer bought the item on Amazon. It also analyses reviews to verify trustworthiness.

Joey
5.0 out of 5 stars I want the sequel!
Reviewed in the United Kingdom on 20 February 2012
Verified Purchase
I normally don't like it when books end without tying up all the loose ends, and as a crime fiction writer myself, it's something I aim to do in my own books. I loved this book. I loved the characters, and getting to know their pasts and reasons for who they were. I wish I'd known it was a cliffhanger book because I would have waited to read it until I could get hold of the sequel. Now I'm desperate to know how it all ends! Highly recommended, along with most of Dee Henderson's work!
Read more
One person found this helpful
Report abuse

Michelle
5.0 out of 5 stars Dee Henderson is the Best!
Reviewed in the United Kingdom on 5 October 2013
Verified Purchase
For Christian Suspense/Romance, this is the series for you. I love her characters, plot and build up throughout the book. I love following the lives of the ones involved through each book, though each one focuses on a particular group of people. You don't need violence, scenes with men and women or bad language to have a great read. Good Christians principles and a great read.
Read more
One person found this helpful
Report abuse

Bethany Pestell
1.0 out of 5 stars Don’t bother!!
Reviewed in the United Kingdom on 25 August 2018
Verified Purchase
Probably the worst book I’ve read-it didn’t have any ending. How can you have a romance and crime novel and not know who she ends up with or who the murderer is?
Read more
Report abuse

Drew
5.0 out of 5 stars Early Henderson
Reviewed in the United Kingdom on 29 March 2015
Verified Purchase
One of Dee Henderson's earlier books. Bought for my wife who enjoyed it
Read more
Report abuse

Theophilus 360
3.0 out of 5 stars Unsatisfactory!
Reviewed in the United Kingdom on 17 September 2009
Verified Purchase
A fast moving plot which keeps you involved to the last page ... but an unsatisfactory ending (that none of my family could understand) - it's as though a final chapter is missing - so who did it?
Read more
One person found this helpful
Report abuse
See all reviews
Back to top
Get to Know Us
Make Money with Us
Let Us Help You
And don't forget:
© 1996-2021, Amazon.com, Inc. or its affiliates