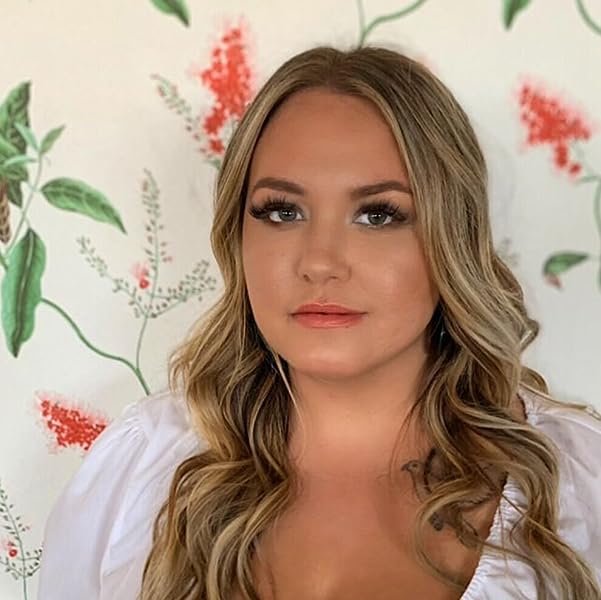 by Anna Todd (Author)
4.8 out of 5 stars 5,104 ratings
See all formats and editions
Sorry, there was a problem loading this page. Try again.

Book 5 of the After series—Anna Todd’s Wattpad fanfiction that racked up 1 billion reads online and captivated romance readers across the globe! Before explores Hardin Scott’s life before Tessa, reveals what happens after After, and gives new insights on their turbulent #Hessa romance.

Cosmopolitan called Anna Todd “the biggest literary phenom of her generation.” That’s Normal declared Hardin and Tessa “The Mr. Darcy and Lizzy Bennet of our time.” Revel in the awesome, messy power of true love.

BEFORE Hardin met Tessa he was a raging storm. DURING those first moments they met, he realized he needed to keep her for himself—his life depended on it. AFTER they got together, the world would never be the same.

Hardin and Tessa’s dramatic love affair became a vortex pulling in everyone around them. For the first time these others are given voice as they appear before, during, and after the events in original After novels. Alongside them, Hardin’s account of his first encounters with Tessa—which will change what you thought you knew about the brooding boy and the angel who loved him.
Read more
Previous page
Next page

Anna Todd is the New York Times bestselling author of the After series. Always an avid reader, Todd began writing stories on her phone through Wattpad, the reading and writing multiplatform for original stories, with After becoming its most-read series with over two billion reads. She has been hailed by Cosmopolitan as “the biggest literary phenomenon of her generation.” The print edition of After was published in 2014 and has since been released in over thirty-five languages with more than twelve million copies sold worldwide. After is a #1 bestseller in countries across the globe including Italy, Germany, France, and Spain. Since the release of After, Todd has gone on to write eight additional novels and served as producer and screenwriter on the film adaptations of After and After We Collided. A native of Ohio, Anna, her husband, and son currently live in Seattle. Find her at AnnaTodd.com, on Twitter at @AnnaTodd, on Instagram at @AnnaTodd, and on Wattpad as Imaginator1D.
Start reading Before (The After Series Book 5) on your Kindle in under a minute.

ABOUT ANNA TODD: Anna Todd is the New York Times bestselling author of the After series. Always an avid reader, Todd began writing stories on her phone through Wattpad, the reading and writing multiplatform for original stories, with After becoming its most-read series with over 2 billion reads. She has been hailed by Cosmopolitan as “the biggest literary phenomenon of her generation.” The print edition of After was published in 2014 and has since been released in over 35 languages with more than 12 million copies sold worldwide. After is a #1 bestseller in countries across the globe including Italy, Germany, France and Spain. Since the release of After, Todd has gone on to write eight additional novels and served as producer and screenwriter on the film adaptations of After and After We Collided. A native of Ohio, Anna, her husband and son currently live in Seattle.

4.8 out of 5 stars
4.8 out of 5
5,104 global ratings
How are ratings calculated?
To calculate the overall star rating and percentage breakdown by star, we don’t use a simple average. Instead, our system considers things like how recent a review is and if the reviewer bought the item on Amazon. It also analyses reviews to verify trustworthiness.

Tina Evans
3.0 out of 5 stars Anna's writing as always was fabulous and so easy to read
Reviewed in Australia on 14 January 2016
Verified Purchase
Anna's writing as always was fabulous and so easy to read. My only disappointment was there wasn't enough of Hardin in there. The rewriting of the scenes with Tessa from his POV was great to read, but I was expecting more of him and how he dealt with his betrayal. What demons he fought with when deciding what action to take. His interaction with his old crew, as he tried to stop them from telling Tessa, how he felt that night in the bar when all was being revealed (we have an indication and hints of that and what happened in After We Collided, but I wanted to know more of how he felt as his world crumbled). A huge chunk of the story was missing for me. Before was Hardin's story, but it seemed to me a slight re-write of After, with a heavy emphasis at the end of setting up future spin off novels for the other characters.
Read more
One person found this helpful
Helpful
Report abuse

Kindle Customer
5.0 out of 5 stars I loved this book
Reviewed in Australia on 7 March 2019
Verified Purchase
I loved this book from Hardin's point of view. What a lovely ending to a great series, I loved the audio of these books.
Read more
Helpful
Report abuse

Samantha
5.0 out of 5 stars Amazing
Reviewed in Australia on 14 September 2020
Verified Purchase
Absolutely loved this series! Best series i have ever read and now no other series compares!
Read more
Helpful
Report abuse

Tamara
2.0 out of 5 stars Before
Reviewed in Australia on 10 June 2020
Verified Purchase
Couldn't get into this one but devoured the first 4.
Read more
Helpful
Report abuse

Sassie
5.0 out of 5 stars Amazing
Reviewed in Australia on 9 April 2019
Verified Purchase
I read the full series and couldn't put it down. I definitely will recommend these books to friends and family.
Read more
Helpful
Report abuse

Dangas
4.0 out of 5 stars If you're obsessed nothing is going to stop you from reading it but it isn't as great.
Reviewed in Australia on 30 October 2019
Verified Purchase
Good, nothing like the others though
Read more
Helpful
Report abuse
See all reviews

vikki1982
5.0 out of 5 stars Wow!
Reviewed in the United Kingdom on 5 August 2020
Verified Purchase
I started reading the After series 2 weeks ago and I literally couldn’t put them down. They were addictive reads and I was sad to finish them. The Before book was such a great closure to the series. I found myself wanting to know what had happened to the other characters in the stories. Anna Todd you are one talented lady, you had me hooked from chapter one. I am so happy that Tessa and Hardin finally found their happily ever after. I think most people can relate in some ways to the challenges of relationships and having to overcome pasts in order to move forward. The way you described the characters throughout the series left me feeling like I was watching a movie the whole way through. Damn, so much happened to these two young people but they overcame it to be better people and have their futures come together in the end. Will be reading more from Anna Todd for sure!!
Read more
2 people found this helpful
Report abuse

Rachel Wall
2.0 out of 5 stars Feels Like A Penny Pincher
Reviewed in the United Kingdom on 22 April 2019
Verified Purchase
This was a bit of a let down to read after the series, felt as though this was just written to cash in on the series.
Read more
8 people found this helpful
Report abuse

Amazon Customer
5.0 out of 5 stars Absolutely amazing!!
Reviewed in the United Kingdom on 9 December 2019
Verified Purchase
I’ve read hundreds of books but none has captivated me in the way the after series does. The story gets you so connected to the characters and the story. I absolutely loved I’m this book where it goes back to the 1st after book but I’m Hardins eyes. And to see what they characters went through before everything and some after. Absolutely incredible nothing less. Now just waiting for after we collided film to come out in 2020!!
Read more
One person found this helpful
Report abuse

Leslie
4.0 out of 5 stars Love the series but disappointed in this book.
Reviewed in the United Kingdom on 22 June 2021
Verified Purchase
I love the series. I love Anna Todd’s writing. Read them all in less than a week. I am hooked. But I can’t give this book more than 4 stars. It’s incomplete. Too many key moments viewed from Hardin’s point of view are missing. As well as details of his interaction with some characters before he met Tessa. The After book is as intense as this one is frustratingly incomplete.
Read more
2 people found this helpful
Report abuse

Steven Leonard
5.0 out of 5 stars Buy this book!
Reviewed in the United Kingdom on 27 January 2016
Verified Purchase
I read the first five books of this series, so i simply had to pre-order this book. It killed me having to wait so long because it didn't arrive until a week after its release date. I would serious recommend this book, but would suggest starting from the beginning of the series.

It was amazing to see the 'After' story from Hardin's point of view, because it gave us a better idea how desperate he was for Tessa not to find out his secret (no spoilers). It helped me soften towards him and managed to create even more emotions from the story - sympathy, empathy, longing, forgiveness - which i didn't think was possible. I thought I'd had all of my possible emotions in the first four books. This book really escalated itself :)


Read more
6 people found this helpful
Report abuse
See all reviews
Back to top
Get to Know Us
Make Money with Us
Let Us Help You
And don't forget:
© 1996-2022, Amazon.com, Inc. or its affiliates