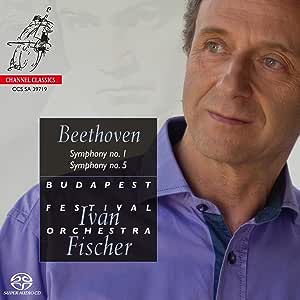 Iván Fischer leads the Budapest Festival Orchestra in Beethoven's Symphonies Nos.1 and 5. The first, though rooted in his classical examples of Haydn and Mozart, was nothing less than a turning point in the symphonic tradition. It can be seen as a fitting farewell to the eighteenth century, as an exploration of new horizons, and as an energetic statement conceived to surpass his esteemed predecessors. The fifth is the ultimate proof of Beethoven's immortality. For who does not know it's world-famous theme?