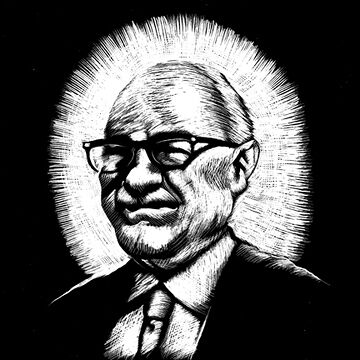 FIVE BEDS TO MECCA (Lady From L.U.S.T. #4) Eve Drum, super spy and super girl, gets the wildest, toughest and sexiest assignment of her fabulous career. Eve's job: to stop a stop-at-nothing organization of Middle Eastern fanatics (A.L.L.A.H.) from touching off a holy war that will engulf the entire world. Working with her favorite Israeli agent, and figuring that the quickest way into an Arab madman's headquarters is through the infamous white slave market of Beirut, Eve arranges to have her milk-white body put on the auction block — and what a prize she is! After that the action goes wild as bullets fly, knives flash, hypodermics hiss, and bed-springs creak. Always ready for a new kick or a new kill, Eve wiggles her way through the zaniest spy romp ever written – and loves every minute of it. Sex is Eve's best weapon, and never before has she used it with such deadly effect. Even the erotic maniac, Shiekh Iskander ibn Rashid, can't keep up with her as she shows him far-out delights and bedchamber gymnastics they never dreamed of in the Kama Sutra. In the end, sex conquers all, just as Eve knew it would.
Read more
Previous page
Next page

The new series from Matilda’s captain Sam Kerr
Discover the new books by Soccer superstar Sam Kerr. Perfect for sports lovers and readers aged 7 and up, the Kicking Goals series is out now. Buy now.
Tell the Publisher!
I’d like to read this book on Kindle

Gardner Francis Fox (1911 to 1986) was a wordsmith. He formerly was schooled as a lawyer. Rerouted by the depression, he joined the comic book industry in 1937. Writing and creating for the soon to be DC comics. Mr. Fox set out to create such iconic characters as the Flash and Hawkman. He is also known for inventing Batman‘s utility belt and the multi-verse concept.

At the same time, he was writing for comic books, and he also contributed heavily to the paperback novel industry. Mr. Fox wrote in all of the genres; westerns, historical romance, sword &amp; sorcery, intergalactic adventures, and even erotica.

The Gardner Francis Fox library is proud to be digitally transferring over 150 of Mr. Fox’s paperback novels.