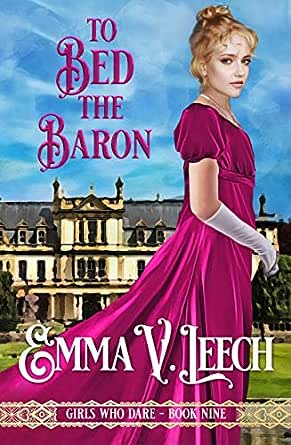 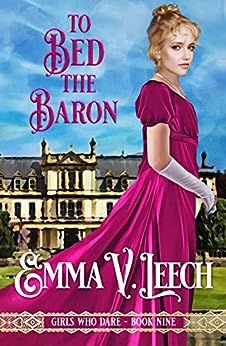 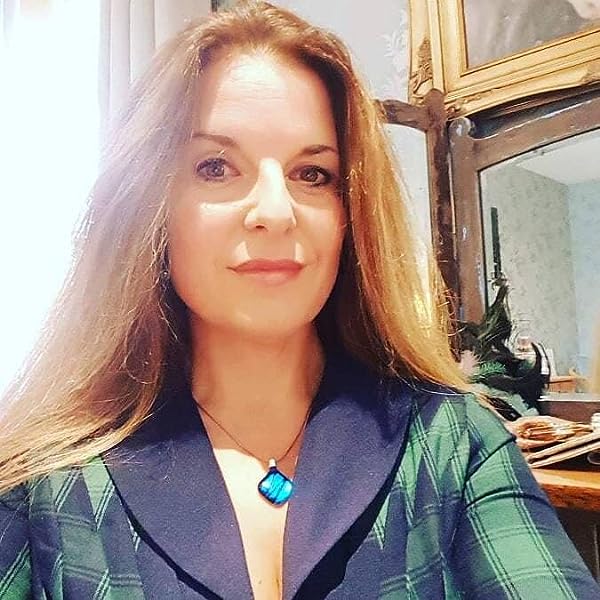 To Bed the Baron (Girls Who Dare Book 9) Kindle Edition

JaneyD
5.0 out of 5 stars Once more a wonderful interwoven story.
Reviewed in Australia on 30 April 2020
The Peculiar Ladies Society stories just get better and better! I especially loved Jemima's feistiness as in earlier books she appeared a bit wimpy and I wondered how Emma would develop her character and I wasn't disappointed! The snippets of Helena and Matilda's stories were intriguing too and I shall miss this series when it's finished as the characters created and sorry realistic and fallible they feel like friends! Fantastic read it!
Read more
Helpful
Report abuse

AmazonCustomer2017
5.0 out of 5 stars 5 stars
Reviewed in Australia on 26 April 2020
Jemima and Solo are a perfect match.
I loved this latest installment of Girls Who Dare! Looking forward to The 10th and 11th books! They cannot come soon enough!!
Read more
Helpful
Report abuse
See all reviews

Stephen Williams
5.0 out of 5 stars Another brilliantly written story that continues a great series
Reviewed in the United Kingdom on 10 September 2020
Verified Purchase
This is another brilliantly written story that continues an amazing series. The plot is full of emotional passages, along with some wonderfully crafted characters. This book would suit all those that love steamy historical romances, that have plenty of intrigue.
Read more
Report abuse

Lyn
5.0 out of 5 stars Brilliant!
Reviewed in the United Kingdom on 27 April 2020
Verified Purchase
Wonderful book! Have loved this entire series and can't wait for the next two stories!
Read more
One person found this helpful
Report abuse

Élodie Nicoli
5.0 out of 5 stars To free his heart ...
Reviewed in the United States on 25 April 2020
Verified Purchase
Will love release him from his oath ...

Wow, nine already read, two to go.
Mrs Emma V Leech has built this series with tension, slowly adding a bit to the structure to bring her many protagonists to life.
I just love the opening ms of each chapter enlightening a part of the background plot, of things to come or parallel events, moving her pieces from this to there like a player on his chessboard. And as we near the end, she adds new pawns to her game, to add fuel to the upcoming stories.
And worse, she is an dreadful awful wonderful teaser, breaking the main romance in parts with shards of the nexts to come. Her other talent is how, when at the beginning of this series, many of the girls appeared as insignificant, they each came to count as friends, ones I wanted to know and cheer when things went awry.

Jemima was such a mouse in the previous books until her circumstances were slowly revealed and her dire situation took a turn until this one book. During her own tale, she did a lot of growing up, finding her inner strength to go for what she wanted.
Solo too was a side characters for some times, and his honorable personality is enhanced here, as despite his offer, he is still a drowning man in his own guilt, a guilt played by a selfish woman. With Jemima, he discovers the meaning of loyalty and confidence. But the righteous man won’t break an oath, even if made to himself.

I love that Mrs Leech leads me on a way to thwart it right before me for a better path. She knows her characters well and lets them set the pace and do the show, with often some surprises at some point.
One more 5 stars as I now anticipate Helena and of course Mathilda’ stories.
Read more
One person found this helpful
Report abuse

Clarie
3.0 out of 5 stars Solo and Jemima
Reviewed in the United States on 30 April 2020
Verified Purchase
I must say this one is more anticlimactic than the last but intriguing as I found Debuvoir terribly boring. But Solo’s mood swings left a lot to be desired. Jemima’s constantly running back rubbed me wrong at first. But then again as I read I understood more. And Jemima quite frankly was her own heroine and she only needed Solo to get it together for five minutes for him to realize that their love was all that they needed. I am quite honestly am in awe of Jemima’s bravery. Solo fought brother and country and finally someone has gone to battle for him while still maintaining their pride dignity. This book however did need editing. Mrs. Attwood was confused for Mrs. Norwell and some words were repeated in sentences.
Read more
2 people found this helpful
Report abuse

LauraJ
2.0 out of 5 stars It started off strong...
Reviewed in the United States on 24 September 2020
Verified Purchase
Jemima is an impoverished gentlewoman who has few options and has agreed to be the mistress of a Baron. Jemima is sweet with a loving heart and Solo is a considerate, emotionally damaged man. The Baron wants a companion and lover but refuses to marry due to a vow he made out of guilt. Solo needed some common sense: why offer the job of mistress to a young, respectable virgin which added more guilt to his life. Why make the vow not to marry?

The story was interrupted throughout with stories of Jemima’s friends who were either blissfully married or on a man hunt. And the sex scene at the end was blah.
Read more
One person found this helpful
Report abuse
See all reviews
Back to top
Get to Know Us
Make Money with Us
Let Us Help You
And don't forget:
© 1996-2021, Amazon.com, Inc. or its affiliates