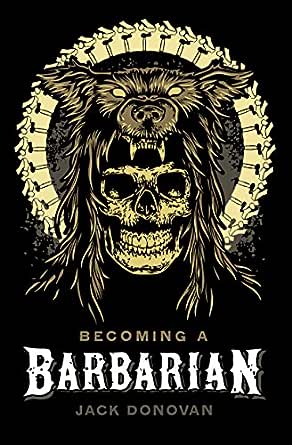 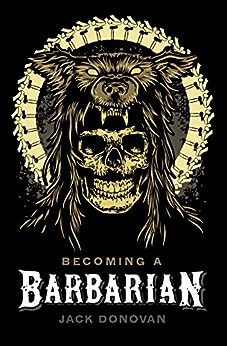 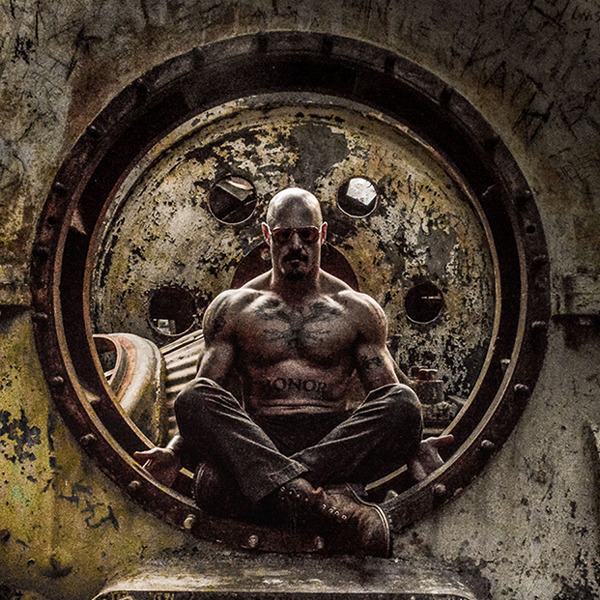 4.4 out of 5 stars
4.4 out of 5
400 global ratings
How are ratings calculated?
To calculate the overall star rating and percentage breakdown by star, we don’t use a simple average. Instead, our system considers things like how recent a review is and if the reviewer bought the item on Amazon. It also analyses reviews to verify trustworthiness.

Dr X
5.0 out of 5 stars This is Jack's best work yet
Reviewed in Australia on 23 May 2016
Verified Purchase
This is Jack's best work yet. He does not set out to tell one how to be a neo-barbarian, but rather details the philosophical basis of this ultimate destination of masculinity. This is no dry academic text, although Donovan in his unique style does a complete demolition job on modern ruling ideologies such as universalism and economic globalism. All this is to clear the way for a return to tribalism, which he defends like a heavy weight MMA champion. The writing style is crystal clear, addressing all men. So, you have a credit card, or maybe you are on the mighty Kindle's one click system. Buy this book now! If I could give it another few stars I would.
Read more
Helpful
Comment Report abuse

Adam Bowman
4.0 out of 5 stars I can still be a good father, a compassionate partner
Reviewed in Australia on 2 May 2016
Verified Purchase
As I started to read this I was initially put off by some of the hyperbole and accusatory language made me uncomfortable, and I was convinced that my values (relatively open to dispensatory charity and a passionate ethical vegan) would be at odds with what Jack was proposing. As I started to delve further into the book I was able to start grasping some of the larger concepts that were being presented, and came to a point where I was interested in asking Jack what he thought being a "good man" would entail, as I felt I would need something to replace ideologies he was dismantling inside my own mind. Reading to the end I finally had the revelation of what Becoming a Barbarian is actually about: I can still be a good father, a compassionate partner, and someone who moral uses about right and wrong. It is merely being able to make the choice of who to be those things for. It is the essence of pragmatism to realise that we cannot change the world for everyone, not would everyone let that happen. But we can change the world for those we hold close, for those we care for, and those who we respect enough to hold accountable. A wonderful book, and I encourage anyone who views themselves as a "good man" to give it a fair go.
Read more
Helpful
Comment Report abuse
See all reviews

Chris Healey
5.0 out of 5 stars Start the world!
Reviewed in the United Kingdom on 12 April 2016
Verified Purchase
Great follow up to "The Way Of Men, which had a long lasting and profound affect on me. Again, Mr Donovan has crystallized impressions many of us have into a very clear picture of the situation we're facing at the moment and offers a practical mindset/manifesto to approach the challenges that situation presents. There are several guys writing at the moment on similar subject, but this surpasses most of them in terms of the quality of writing.

I enjoy Donovan's writing style, he make great use of imagery and metaphor to make his point, he's a engaging story teller and his use of Germanic mythology to frame some of the key ideas here was particularly effective. Some of his ideas might be considered controversial, but they're always relevant and eloquently illustrated. Overall you have an excellently written, empowering and inspirational follow up to The Way Of Men.

sam_acw
4.0 out of 5 stars A Worthy Successor
Reviewed in the United Kingdom on 20 April 2016
Verified Purchase
The follow up to "Way of Men" is a good successor but it doesn't quite hit the same heights.
The core is the notion of Us vs Them and how to create a meaningful and strong group and sense of who the We is. The book goes quite a way down the path into doing this, but I'm sure that there will be may readers who are either feeling to isolated to form their own Mannerbund or who were expecting a more prescriptive look.
The book also branches more into an Alt-Right worldview and Germanic pagan practices, both of which are interesting topics. However, they are both also topics that I have read similar things about elsewhere. The book is in general somewhat less original than Donovan's other works - although I think this may be a case of the people he inspired, and is inspired by, simply publishing related works.
In summary, it's a very good short book. It doesn't quite meet the very high expectations resulting from the viral success of "Way of Men" but I'm happy to have bought and read it and I'll read it again in a few months.
Read more
4 people found this helpful
Report abuse

paul
4.0 out of 5 stars Fascinating and enjoyable, though shorter than I would like.
Reviewed in the United Kingdom on 6 June 2016
Verified Purchase
To begin with, I'll get the negatives out of the way, of which there are few. This book seems rather short when compared to Donovans previous work. I will not belabour this point too much however, as Donovans writing style is both concise and to the point so that no words are wasted upon his pages. The brevity of this work is probably one of its strengths rather than its weaknesses, but I would certainly have liked to have some sections of the book expanded upon slightly more, specifically the following chapters: The Empire of Nothing, Becoming a Barbarian, and Caput Gerat Lupinum.

Other than its brevity, I cannot fault this book in any way. In his previous work "The Way of Men", Donovan established his writing style as being punchy, incendiary, and highly quotable. In this book he has refined that style to the point where each paragraph can almost stand alone as a succinct thought in which no words are wasted. The authors style of communication is one which I find admirable and highly enjoyable to read, as it stands very clearly apart from the work of other authors who drawl on and pack out their pages with unnecessary filling words. Donovans work, on the other hand, is Spartan in the sense that it is both Laconic and bloody.

Typing the authors name into any search engine will very quickly reveal that Donovans personal life is a very authentic representation of the philosophies that he espouses in his work. Thinkers and writers in this genre (if such a genre could be said to have existed prior to Donovan) often tend to be nothing more than thinkers and writers who rarely practice what they preach. But Donovans adherence to the code that he promotes is well documented on Facebook, Instagram, and his personal website. Although some readers will not gain any extra appreciation of his work by knowing that he does indeed practice what he preaches, I personally find it to be an important point when we approach the work of writers such as these.

To conclude, Becoming a Barbarian is an important work for anyone with an interest in such topics as Tribalism, Masculinity, Social Psychology, and even Heathenry (though this topic is used mainly as an illustration for the other points that Donovan discusses). Although I would have preferred if it were longer than its 160 pages, I cannot overly fault the author when his Laconic brevity is one of the main attractions to his work.
Read more
7 people found this helpful
Report abuse

Antius
4.0 out of 5 stars Excellent book
Reviewed in the United Kingdom on 24 April 2019
Verified Purchase
Excellent book. Would recommend to anyone interested in politics and human nature. It is one of those books that would change the world, if enough people were aware of it.
One minor point: The publisher was somewhat negligent in their responsibility to proof read the book prior publishing. It contains a number of grammatical errors and sentences that don't make sense. There is no excuse for this - it should be the easy part of producing a book.
Read more
One person found this helpful
Report abuse

Redacted
5.0 out of 5 stars Primal perspective for a distracted society
Reviewed in the United Kingdom on 3 September 2019
Verified Purchase
This book is direct and simple with its ideas, but it will get through to people more than heavy conceptual works would. If you want something that simply illustrates that both the public and private sector are actively having negative impacts on modern western quality of life for a mix of profit and self righteous, "rules for thee and not for me" standards, this is the most common sense book. The caveat is that it can get a bit "grug strong and better than pencil pusher" although that's more to do with the authors self styled brand image than something to take too seriously and invalidate the points within.
Read more
Report abuse
See all reviews
Get FREE delivery with Amazon Prime
Prime members enjoy FREE Delivery and exclusive access to movies, TV shows, music, Kindle e-books, Twitch Prime, and more.
> Get Started
Back to top
Get to Know Us
Make Money with Us
Let Us Help You
And don't forget:
© 1996-2020, Amazon.com, Inc. or its affiliates