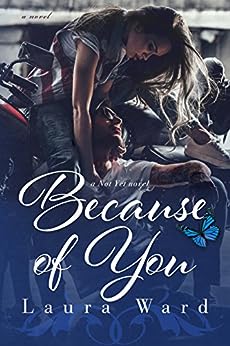 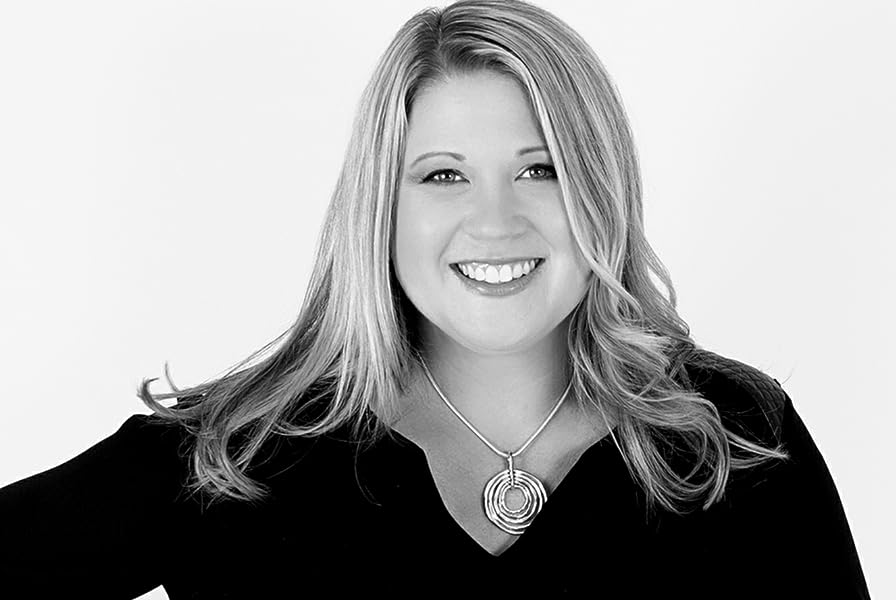 Because of You (the Not Yet series Book 4) Kindle Edition

Mariisms
4.0 out of 5 stars Chockful of emotions, wonderfully told story
Reviewed in the United States on 27 May 2018
Verified Purchase
To say that I was excited for this book is an understatement. It did not disappoint. I've always thought Ricky's story would be intense after seeing him in the other guys books. He has been struggling to keep his family afloat after his dad's accident, scrimping and maximizing all he can do to support. I like how this book ties psychology and how it plays into Ricky and Aveline themselves, cause and effect no matter how direct. Honestly it's a tragedy what happened to Ricky's dad and it affected not only his family but also Aveline.

The anger Ricky has towards Aveline and her parents clouded his feelings, seeing as his family struggles and the Gerard family is rich. Both opposite worlds apart and stark differences show. He wanted retaliation as he gets to know Aveline though she is more than the rich girl he pegged her for. I was drawn into the conflicting emotions, Ricky wants revenge but also he likes Aveline but she will be a casualty no matter what. Ricky is actually a good guy, kind, loyal and strong but his situation makes him desperate too. He is jaded though and full of anger and somehow his butterfly calms him. Aveline is awkward, shy and tender hearted, she's been sheltered but meeting her psych class and Ricky has helped her be braver.

Thing is with all the secrets and omissions on both their sides, it felt like a huge misunderstanding that could have been solved if either were forthcoming or talked about important stuff. I know easier said than done especially with family and their ongoing relationship. The chemistry and feelings are building, I question how deep they are though, since it's shrouded with hidden secrets. I was nervous for them, as they fall deeper the more complicated the whole situation is with all the secrecy I wondered if there was a good way to resolve this but I think someone will get hurt no matter what.

All in all, pretty satisfied how it all wrapped up. It was great story of forgiveness. It had closure and it was emotional too. I wish there was more in some regard. There was sadness but tons of feels as well as part of it but Laura Ward did it well in that it's not too much. She tella good stories. Martinez family was beautiful and genuine to watch. Each of the boys books have been a delight to read and this one no less, I love their friendship. This has a few shorts to leave this series and it's a amusing.

denise bailey
5.0 out of 5 stars Wonderful!
Reviewed in the United States on 8 November 2018
Verified Purchase
It took me a while to be able to sit and read this book. I an thrilled I was able to read it and even more thrilled to be able to write my review. This book was such a gift. As part of a series this book had big shoes to fill. I was happy to see the direction for this wonderful character. We have seen him in each of the books knowing a big part of who Ricky was had been hidden from us. I was beyond happy with the emotion of this book. I loved having tiny moments of lightness because parts of this book were heavy. They needed to be heavy. The story presented would not have worked if a light hand had been taken with both of these characters. I absolutely loved all of the parts of our gal. She really needed to be simple with a complex core. Ricky needed to not know what to do about the emotions surrounding meeting her. I also loved the secondary character of the college class. It became a character in this story. I would also say I have so much respect for Ricky's family. What a joy they were. This is a book you should most definitely read. denise bailey
Read more
One person found this helpful
Report abuse

Veronica lee
5.0 out of 5 stars The past can effect the present
Reviewed in the United States on 2 September 2018
Verified Purchase
Your life can literally change in an instant, one split second decision can impact not only your present but also your future and those who love you. Ricky and Aveline share a past that has efected their present but can they work through it so it dosent effect their future if there is one. THis story makes you take a look at your own life to make sure you have crossed your t's and dot your i's. You will cry, curse and even throw your book or kindle. Emotional trip like no other.
Read more
Report abuse

PJD
5.0 out of 5 stars Ricky and Aveline truly soulmates
Reviewed in the United States on 3 June 2018
Verified Purchase
This is a wonderful heartfelt love story. Aveline is sweet and charming. Ricky is carrying a lot of anger from his past. Ricky is totally devoted to his family. Aveline and Ricky's worlds collide. This story has so many feels. It captivated me from first page. I love how Aveline never gave up on Ricky. These two characters are truly soul mates.
Read more
Report abuse