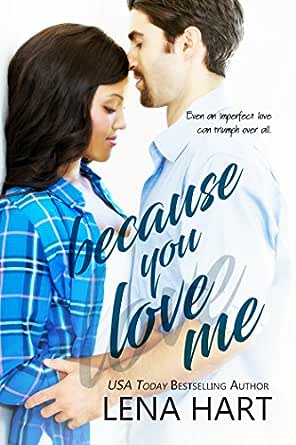 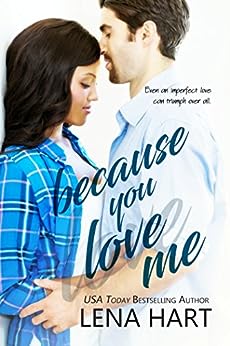 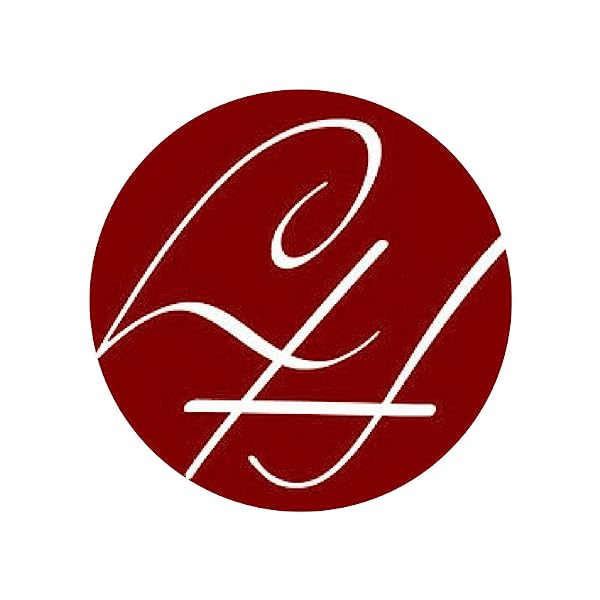 Because You Love Me: Jake & Sabrina (To Be Loved Book 1) Kindle Edition

Lena Hart is a Florida native currently living in the Harlem edge of New York City. Though she enjoys reading a variety of romance genres, she mainly writes sensual interracial romances with a flare of suspense and mystery. When Lena is not busy writing, she's reading, researching, or conferring with her muse. To learn more about Lena and her work, visit LenaHartSite.com. --This text refers to an alternate kindle_edition edition.

007Mark
3.0 out of 5 stars Not a bad read
Reviewed in the United Kingdom on 15 May 2016
Verified Purchase
This is make and Sabrina story the book could have been longer it seemed that as it has started it finished.
Read more
Report abuse

Patricia H
3.0 out of 5 stars Together at last!
Reviewed in the United States on 4 May 2020
Verified Purchase
Okay so now Jake and Sabrina, are finally together. But I feel cheated out of their wedding. All there was just a brief synopsis, at the beginning of the book, that they were at an air port, and they were married, for 12 hours. No mentioned of where they were going. If it was on their honeymoon, straight from their wedding or not. It was also mentioned in Mate and Mia's, story that Sabrina suffered a miscarriage, and that Jake, sold his business to devote more time for them to be together. None of that came up in their story. Just bits and pieces of flashbacks, as to why they broke up for two years. Their story to me felt unfinished. I wanted a bit more insight into their road to happily ever after.
Read more
One person found this helpful
Report abuse

NeeC
5.0 out of 5 stars We're Nothing without Trust
Reviewed in the United States on 1 August 2018
Verified Purchase
Two yrs ago one lie started a snowball effect that would tear Jake and Sabrina apart. But once he's back he can't seem to stay away from her. Nor can he seem to stop putting her through more pain due to his hang ups and insecurities. Leaving Sabrina confused because she doesn't understand how he just walked away from her nor why he's determined to continue hurting her still. They seem to be in this back and forth of anger and intimacy. Then Sabrina finally realizes the problem is Jake doesn't trust her. So this time she walks away after telling him without trust, she will not be with him. While Jake tends to want to keep things to himself and not rely on his friend Adam, Adam has had enough of his stoic behavior and lays it all on the line for him. Telling him exactly what Sabrina went through. Jake never considered how his leaving and all the anger & insecurities he displayed could be perceived as him not loving Sabrina. Because he wholeheartedly loved her. But having had a father who abused his mother, causing her to abandon him, & their father/son relationship not being very good Jake had more insecurities than he knew how to deal with. It's those feelings of inadequacy that drove him to outburst. Adam made him realize that unless he's willing to show her how he feels and shares his vulnerability he would lose her. So at Dee's and Adam's wedding with the help of their friends Jake and Sabrina are reunited. And Jake shows her how much he loves her, admits to his insecurities and ask that there be no lies between them.
Read more
One person found this helpful
Report abuse

S. Thomas
2.0 out of 5 stars Expected Sweet, Got Sour
Reviewed in the United States on 13 November 2013
Verified Purchase
I've always loved books about second chances. Lovers finding their way back to each other. The second time around, they are usually older and wiser. They have learned from the mistakes of the past and are better for it. That was not the case in " Because You Love Me". If anything, once these characters saw each other again, they should have run for the hills.

Sabrina has been carrying a torch for her old boyfriend Jake for the last three years. They have always had a passionate relationship, but Jake walked away from her three years ago without a good explanation. She is trying to move on when she runs into him, unexpectedly. Should she give him another chance?

Jake loves Sabrina with all his heart, but he knows he isn't good enough for her. That is why he left all those years ago. But now he is back and he wants the girl that has always had his heart.

It sounds kind of sweet, but the reasons behind their separation are anything but. Jake is a jealous, possessive, immature jerk. He is crude, rude and routinely embarrasses and demeans Sabrina. There was no growth from the time he left her three years ago. He routinely engages in the same bone-headed behavior. I kept asking myself "Why is she interested in this guy? What is it about him that makes her want him?" I finally came to the conclusion that Sabrina had major doormat tendencies. She never made Jake work all that hard to get her back. I wanted to shake some sense into her most of the time. It seemed like she wanted Jake for those rare moments when he acted like a rational human being. That is not love but some kind of sick, mental defect.

I just couldn't like Jake or Sabrina. The story just didn't work for me at all. I wanted a emotionally mature hero and heroine that I could relate to and root for. I wanted to understand why these lovers couldn't forget each other. I wanted to believe they could make it this time. I wanted something sweet and ended up with something sour.

Read more
7 people found this helpful
Report abuse
See all reviews
Get FREE delivery with Amazon Prime
Prime members enjoy FREE Delivery and exclusive access to movies, TV shows, music, Kindle e-books, Twitch Prime, and more.
> Get Started
Back to top
Get to Know Us
Make Money with Us
Let Us Help You
And don't forget:
© 1996-2021, Amazon.com, Inc. or its affiliates