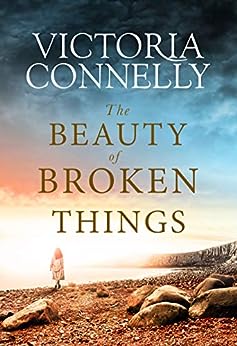 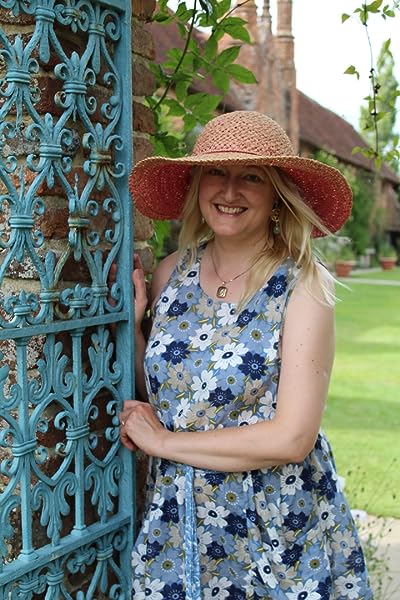 by Victoria Connelly (Author) Format: Kindle Edition
See all formats and editions
Sorry, there was a problem loading this page. Try again.

United by tragedy, can two broken souls make each other whole?

After the tragic loss of his wife, Helen, Luke Hansard is desperate to keep her memory alive. In an effort to stay close to her, he reaches out to an online friend Helen often mentioned: a reclusive photographer with a curious interest in beautiful but broken objects. But first he must find her—and she doesn’t want to be found.

Orla Kendrick lives alone in the ruins of a remote Suffolk castle, hiding from the haunting past that has left her physically and emotionally scarred. In her fortress, she can keep a safe distance from prying eyes, surrounded by her broken treasures and insulated from the world outside.

When Luke tracks Orla down, he is determined to help her in the way Helen wanted to: by encouraging her out of her isolation and back into the world. But Orla has never seen her refuge as a prison and, when painful secrets and dangerous threats begin to resurface, Luke’s good deed is turned on its head.

As they work through their grief for Helen in very different ways, will these two broken souls be able to heal?

“The Beauty of Broken Things is such a lovely, sensitively written novel which I found genuinely uplifting.” ―LJ Ross, #1 bestselling author

“A wistful, hopeful treasure of a book. Like the photographs in the story, each scene is captured in all its beauty in this tale of two broken hearts, united by a shared grief and struggling to find a way to mend.” ―Fiona Valpy, author of The Beekeeper’s Promise and The Dressmaker’s Gift

“What a joy this book is―Victoria Connelly captures the very essence of an idyllic English village. Beautifully written with such a light touch, the characters as delicately flawed as the cracked and chipped china that Orla collects.” ―Imogen Clark, author of Where The Story Starts and The Thing About Clare

“The Beauty of Broken Things held me captive from the first page. Victoria’s lyrical, visual and effortless storytelling reached me on a sensory as well as an emotional level. I absolutely loved it.” ―Carol Mason, bestselling author of After You Left

“A very touching tale. Victoria Connelly has dealt with a sensitive subject absolutely beautifully.” ―Rebecca Boxall, author of Christmas by the Lighthouse --This text refers to the paperback edition.

Victoria Connelly studied English Literature at Worcester University, got married in a medieval castle in the Yorkshire Dales and now lives in rural Suffolk with her artist husband, a young springer spaniel and a flock of ex-battery hens. She is the author of two bestselling series, Austen Addicts and The Book Lovers, as well as many other novels and novellas. Her first published novel, Flights of Angels, was made into a film in 2008 by Ziegler Films in Germany. The Runaway Actress was shortlisted for the Romantic Novelists’ Association’s Romantic Comedy Novel award.

Ms Connelly loves books, films, walking, historic buildings and animals. If she isn’t at her keyboard writing, she can usually be found in her garden either with a trowel in her hand or a hen on her lap.

United by tragedy, can two broken souls make each other whole? --This text refers to the audioCD edition.
Read more

Victoria Connelly is the bestselling author of The Rose Girls and The Book Lovers series.

With over one million sales, her books have been translated into a dozen languages. The first, Flights of Angels, was made into a film in Germany. Victoria flew to Berlin to see it being made and even played a cameo role in it.

A Weekend with Mr Darcy, the first in her popular Austen Addicts series about fans of Jane Austen has sold over 100,000 copies. She is also the author of several romantic comedies including The Runaway Actress which was nominated for the Romantic Novelists' Association's Best Romantic Comedy of the Year.

Victoria was brought up in Norfolk, England before moving to Yorkshire where she got married in a medieval castle. After 11 years in London, she moved to rural Suffolk where she lives in a 500-year old thatched cottage with her artist husband, a Springer spaniel and her ex-battery hens.

You can get a heart-warming novella, A Dog Called Hope, when you sign up for her newsletter at: victoriaconnelly.com

You can find her on Twitter @VictoriaDarcy and at facebook.com/victoriaconnelly

4.0 out of 5 stars
4 out of 5
2,982 global ratings
How are ratings calculated?
To calculate the overall star rating and percentage breakdown by star, we don’t use a simple average. Instead, our system considers things like how recent a review is and if the reviewer bought the item on Amazon. It also analyses reviews to verify trustworthiness.

Kindle Customer
5.0 out of 5 stars Orla and Luke
Reviewed in Australia on 13 May 2021
Verified Purchase
This is the story of two lost souls, Orla and Luke. When they each find themselves at a loss when life turns their world turned upside down. With the help of each other, it takes the two of them to put them into a place where they belong.
Beautifully told and a very touching story.
Highly recommended read.
Read more
One person found this helpful
Helpful
Report abuse

Lahlore
5.0 out of 5 stars How quickly you involve yourself in the characters. and storyline.
Reviewed in Australia on 24 February 2021
Verified Purchase
I have enjoyed so far four books of Victoria Connelly, and have been engrossed with each of them. What makes the stories interesting is the warm of the story and the reader who allows you to get enwrapped in the characters. The Beauty of Broken Things allowed me to understand people who become affected by people's anger at a person and what it does to those around you. Waiting for the next book to read.
Read more
Helpful
Report abuse

Amazon Customer claire Thackeray
4.0 out of 5 stars This is just what you need.
Reviewed in Australia on 9 October 2021
Verified Purchase
How many people are in this situation and we never have a chance to speak to them. It just took a chance meeting between these two and the respect for each other. This is real life if we bother is ask of others without intruding.
Read more
Helpful
Report abuse

Jaydee
5.0 out of 5 stars Beautifully written book
Reviewed in Australia on 9 February 2021
Verified Purchase
I absolutely loved this book, a former model was hit in the face with acid, went into hiding.
A man lost his beautiful wife in a train accident and their paths met through the internet.
A beautifully written And moving book about courage under duress.
Read more
One person found this helpful
Helpful
Report abuse

Amazon Customer
5.0 out of 5 stars brokenness does not cancel out beauty, it is through ozr cracks that the light shines .
Reviewed in Australia on 13 February 2021
Verified Purchase
I live the idea that brokenness is beautiful. The book held my attention constantly and the characters grew on me as I got to know each ones brokenness better. A beautiful book
Read more
Helpful
Report abuse

Possum
5.0 out of 5 stars Very enjotabke
Reviewed in Australia on 8 November 2021
Verified Purchase
I loved this book from beginning to end. Some tragedy but uplifting as the human spirit is exhibited in the characters.
Read more
Helpful
Report abuse

Mary Taylor
1.0 out of 5 stars Audio faulty
Reviewed in Australia on 26 January 2021
Verified Purchase
The audio cut out after a short time. Does not work. Refund requested please.
Read more
One person found this helpful
Helpful
Report abuse

Nora
5.0 out of 5 stars The book is an easy read.
Reviewed in Australia on 8 June 2021
Verified Purchase
This book as easy to read sand kept a little suspense right to the end. I did enjoy this book and would recommend it to others.
Read more
Helpful
Report abuse
See all reviews

R. A. Ford
5.0 out of 5 stars Captured me from the start
Reviewed in the United Kingdom on 12 June 2020
Verified Purchase
I downloaded a sample because I have enjoyed a number of the author's books. Usually if I enjoy a sample I think about it for a while before buying the book. With this one, I had to buy the book and continue reading it immediately. Intensely sad in places, it is a story of learning to live alongside loss and taking small steps ( some backwards) towards finding joy again.
Read more
25 people found this helpful
Report abuse

Kindle Customer
5.0 out of 5 stars Blooming fantastic
Reviewed in the United Kingdom on 12 June 2020
Verified Purchase
Really loved this book, literally couldn't put it down. Being a young widow I could relate to Luke. And Orla, I perfectly get the keeping herself to herself, and not trusting others, not for the same reason though. I so didn't want the story to end. Having been to Orford Castle some moons ago meant that memories came back to me.
Read more
19 people found this helpful
Report abuse

Frances Ann
5.0 out of 5 stars As good as a holiday...
Reviewed in the United Kingdom on 15 June 2020
Verified Purchase
This beautiful written and observed story is as good as spending a holiday on the Suffolk coast - Victoria Connelly evokes the colours and sights of this area so vividly that you can almost walk the scenery with her. The story of two damaged people who come together by chance, and the slow building up of trust and something approaching happiness in their lives is told with compassion and understanding.
Read more
11 people found this helpful
Report abuse

Mrs D
5.0 out of 5 stars Inspiring
Reviewed in the United Kingdom on 18 July 2020
Verified Purchase
This book caught my attention because when reading the synopsis it seemed it was written for me! The feelings of the two different types of grieving for most of the book were very real, and learning how to gradually emerge actually felt well researched if not experienced by the author. It has encouraged me to want to begin, after middle-aged unexpected loss 3 years ago, to have more new experiences and start to forge a different future based on good memories.

I loved the descriptions of Sulfolk villages and coast and want to now visit the area as its a place I have little experience of. The characters were, in my opinion, well written and I easily formed a sense of who they were, creating a picture of them in my mind which for me, is an essential part of enjoying a novel . Hats off to you Victoria Connelly.
Read more
7 people found this helpful
Report abuse

Maria Brennan
5.0 out of 5 stars Brilliant Book
Reviewed in the United Kingdom on 11 June 2020
Verified Purchase
Once again Victoria surpasses herself. The story has so many twists and turns, you think you’ve figured it out, then off it goes again.

I loved the characters, the suspense and the descriptions. You can really believe you know area well
Read more
8 people found this helpful
Report abuse
See all reviews
Back to top
Get to Know Us
Make Money with Us
Let Us Help You
And don't forget:
© 1996-2022, Amazon.com, Inc. or its affiliates