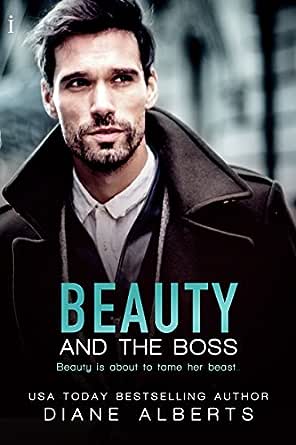 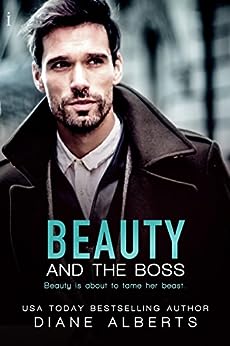 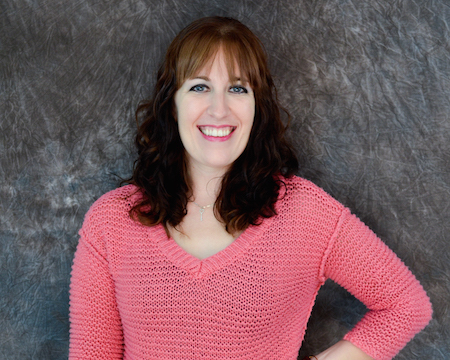 Beauty is about to tame her beast...

Researcher Maggie Donovan has no luck with men, and it doesn't help that she can't keep her eyes off of her sexy boss – the one everyone else in the office calls The Beast. Relationships in the office are forbidden. So no one is more surprised than Maggie when she pretends to be his fiancée to save him during a difficult situation. Not only has she put her job on the line, but the future of the company.

Billionaire Benjamin Gale III doesn’t believe in love or romance, but the look on his mother’s face when Maggie tells her that she’s his fiancée is worth millions. Instead of firing her for her insubordination, he goes along with the ruse. In his arms–and in his bed–she’d be everything he could ever want…which is why he can’t have her.

But if he doesn’t let her go, they’ll lose everything…

Lady Rain
5.0 out of 5 stars Purchased by accident
15 October 2018
Format: Kindle EditionVerified Purchase
I have to be honest, i bought this novel by accident, i thought this book was part of the Prime subscription. I didnt regret, it was a good read, some humorous parts in the storyline. Benjamin & Maggie. Benji had the "magical knee" lol. I ❤️ the ending, so romantic. One typo i notice though, at the Met scene Christmas eve, "ear ad" which i think meant to be "ear and".
Read more
Helpful
Comment Report abuse

Nissa @ Of Pens and Pages
3.0 out of 5 stars Loved the first half; wasn't sure about the second
23 June 2016 - Published on Amazon.com
Format: Kindle EditionVerified Purchase
Researcher Maggie Donovan is one of the most hardworking employees in Gale Enterprises; a proof is her propensity to work overtime alongside the big boss, Benjamin "The Beast" Gale III. Unbeknownst to Maggie, Benjamin is very much aware of her hard work and dedication to the company, and he's grateful for it. So, when a business partner cancels dinner plans with Benjamin, he invites Maggie to eat dinner with him in his office. Nothing weird with that, of course; it was harmless dinner, nothing more. They weren't breaking the "No Office Relationship" company policy. Unfortunately for them, when Benjamin's horror of a mother finds them in a seemingly compromising position, she assumes the worst and threatens to fire both Benjamin and Maggie.

In a state of panic, Maggie does the only thing she thinks would save both her and her boss's ass—pretend to be his longtime girlfriend and fiancee. As long as they've been together before Maggie joined the company and the relationship is serious, they're safe. When the evil mother Helen leaves in a huff, Maggie realizes she might have done the absolute worst thing she could possibly do. Thankfully, instead of firing her like any normal angered CEO would do, Benjamin plays along with the engagement farce. Of course, if they wanted to convince everyone that they were truly in love with each other, they're going to have to practice. And practice, they did.

I fairly enjoyed reading this book. Maggie had more backbone than what people expected, Benjamin wasn't really a beast, Helen the evil mother was, and I had no idea where Benjamin's brother's loyalties truly lay until somewhere near the end. The chemistry between Maggie and Benjamin was thick and palpable, and it was really sweet what Maggie did on their second "date".

Benjamin is your typical alpha male—domineering, possessive, powerful. But like Beast in Beauty and the Beast, he has a softer side. He's kind, caring, and will protect and love the people most important to him. He holds onto something heavy on his own, and he's been trying to repent for the last six years over something that wasn't truly his fault.

I think in this book, Benji's the one who showed the most character growth. In their first "date", he brings Maggie on his typical first date plan—expensive restaurant, fancy food, red roses. He didn't care to know what Maggie's preferences would be, thus ending the date in a near-death experience to Maggie, thanks to an allergic reaction to shellfish. Maggie teaches him to be a better person, at least in the dating department.

Somewhere in the second half, the drama was too much for me. I would have rated it higher if not for that, but overall, I had fun reading this book. I look forward to reading Diane Alberts' second book in her Modern Fairytale series.

js14
3.0 out of 5 stars Good but it could have been better.
23 June 2016 - Published on Amazon.com
Format: Kindle EditionVerified Purchase
This is kind of light and fluffy romance that I really enjoyed. I gave it a three because parts of it are unlikely and some of the drama was pushing it a bit.

I really think the story would have benefited a lot from prequel novellas showing what really happened when Benjamin's Dad died giving a better picture of who he was then, his relationship with his mother, his brother and his butler (who's mentioned often but not really depicted). The moment is kind of pivotal to who Benjamin is when we meet him in the story. Who he used to be is mentioned so often that it would be helpful to have a better picture of that character rather than the constant fleeting mentions of his past throughout the story. I also think the story would have benefited from actually seeing what life was like between Maggie and Benjamin in the office before the pivotal night where he decides since he's already got an extra, hot meal it might be nice to offer some to the pretty employee that he shouldn't notice is pretty. Like many romances the reader is thrown right in at the deep end of the relationship between Maggie and Benjamin. The thing is both of the characters have lots of baggage that occurred before the book started and are pivotal to the decisions and actions they make during the story and in both cases it just felt under explained as if you sort of got the gist of it but you didn't really feel for them because of it since you never had the chance to actually see it. Additionally the story reads as though both of the characters actually started falling for each other long before they really got to know each other by pretending to be a couple. It's true that neither was willing to acknowledge any attraction before being thrown together how they were but because you never get to see all of these things it's hard to be invested emotionally in their story.

The book was good for the romantic fluff that it was meant to be, but it really could have been great if you'd gotten to see all the things that happened off the page. Beyond the back stories, how about the conversation between Maggie and the butler when she's trying to plan a date for Benjamin? How about the many machinations of Benjamin's mother? So much is referred to in passing that I really felt was important to the story and should have been actually shown with in the story.

Overall I'd recommend it, I just think it could have been so much better than it actually was.
Read more

Louise N
5.0 out of 5 stars A beautiful mess of a love story
16 February 2016 - Published on Amazon.com
Format: Kindle EditionVerified Purchase
Sometimes you read a story and you think you feel like you could really know these people. I loved the characters of Benjamin and Maggie. They were opposite types but were both broken in their own way. They were so complicated and developed that I got their connection right from the start. I laughed at the inner dialogue that Maggie kept letting slip out, and when she kept wishing for a meteor shower of some other catastrophe to save her from some embarrassment, I completely felt where she was coming from. The pace of the story was steady and the dialogue was often really funny. The scenes smoothly transitioned to the next and the plot was easy to follow as it evolved. The one constant thing throughout this book was my desire for Benjamin's Mom to just die an awful death or go to prison. She is evil personified, a nasty piece of work. The times when I thought she had won, I wanted to just crawl into the book and punch her myself. The premise of the story developed as a reaction to her vileness but then it just grew. In every scene that she was involved in, I hated her so much more than I did before. Benjamin and Maggie took the whole, fake it till you make it, vibe to a totally different level. I know the whole fake fiance thing is a trope that has been used many times in the past, but I really like the way this one fleshed out. The love scenes were like magic and very well described. I really enjoyed reading this book and watching the characters grow really made it worth the time it took to read it.
Read more
9 people found this helpful
Go to Amazon.com to see all 76 reviews 4.1 out of 5 stars
Get FREE delivery with Amazon Prime
Prime members enjoy FREE Delivery and exclusive access to movies, TV shows, music, Kindle e-books, Twitch Prime, and more.
> Get Started
Back to top
Get to Know Us
Make Money with Us
Let Us Help You
And don't forget:
© 1996-2020, Amazon.com, Inc. or its affiliates