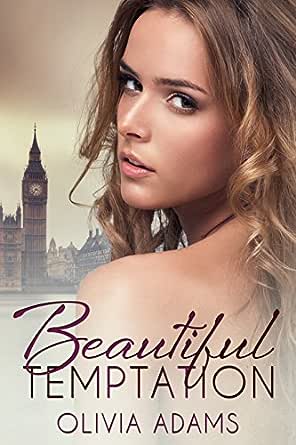 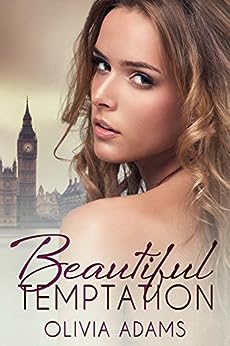 They say forbidden fruit always tastes the sweetest. But that’s something Adam Rockwell doesn't intend to find out.

Adam Rockwell, or Rocky as he’s known to most, is renowned for his love ʼem and leave ʼem approach to women. He’s the archetypal player with the good looks and cock-sure personality to pull it off. As the talent scout for Harper Records, his life is one long round of gigs, nightclubs and parties. At twenty-eight, he has it all—a great job, flash car, swanky penthouse overlooking the Thames, and a seemingly endless supply of women willing to warm his bed. Life couldn’t be better.

Until Eve Harper walks back into it.

At first, he doesn’t recognise her. Why would he? The last time Adam saw Eve, she was just a kid. All he sees now is a beautiful woman. A woman he wants.

But Eve Harper is one woman Adam cannot even contemplate adding to his list of conquests.

However, staying away from her proves more difficult than he imagined. And the more time he spends in her company, the weaker his resolve to do the right thing. So, when he discovers that Eve is just as affected by him, as he is by her, will he still have the strength to resist? Or will she prove to be too much of a beautiful temptation?

Beautiful Temptation is part one of a two part series and ends with a cliffhanger. It is an adult contemporary romance and is not intended for younger readers due to mature content.

Olivia Adams has always had a passion for reading and writing but a full-time teaching career and three children of her own meant she rarely had time for either. So the moment the opportunity to write something beyond the realms of lesson plans and school reports came her way, she immediately set about making her novel-writing dream a reality. And after much procrastination, and many a skinny latte, she eventually published her first novel, Beautiful Temptation.
click to open popover

Claypot2850
TOP 50 REVIEWER
4.0 out of 5 stars Enjoyable story
19 August 2017
Format: Kindle Edition
3.5 stars for me.
I enjoyed Eve and Rocky's story. Thrown back into each other's lives after so many years apart Eve (or Titch as he calls her) is not the gangly teen Rocky remembers. Their chemistry is causing them both problems with their control. Add in the fact that Eve's dad is Rocky's boss and things are complicated. Good dialogue, supporting characters added a good depth to the story. It ends on a bit of a cliffhanger - part two to come soon. I look forward to finding out how things end.

P. Thompson
3.0 out of 5 stars Cliffy Alert!
3 May 2017 - Published on Amazon.com
Format: Kindle EditionVerified Purchase
I hate that there is no indication of a cliffhanger. Apparently there will be another book, which I may get because this was fairly good.

Anyway, typical man-ho H and virginal h. Slight issues that seem to loom larger than warranted due to a family connection.

It's pretty good, would have had a better rating if the blurb had said this had a cliffy...

BookPlusHeart
4.0 out of 5 stars Cliff Hanger is Killer, But Oh So good
22 August 2017 - Published on Amazon.com
Format: Kindle Edition
Somethings in our lives we can admire from a far and appreciate the beauty is has. Other times we become drawn to the beauty to the point it consumes us with need. These two have come to desire one another for the comforter and stability the other gives; however, they also have barriers around them to protect their hearts from past pain.

Their obsession with one another is mild at best. The jokes and sarcasm and flirting that Adam does to distract from the real underlining issue is consistent within the text. There were a few times he puts his wall down and opens up about things, but not enough. I hope his wall comes down more in book 2.

Adam has know Eve her entire life. She is the daughter of Dan, one of his good friends. He grew up next door to their family and has been consider an adopted son. He works for the families music agency business. He travels all over seeking new talent and sleep with a new woman ever night. He knows he is well off, good looking, and one hell of a lover. However, as everyone around him is slowing down and tying-the-knot he doesn't allow anyone to get too close emotionally. He keeps his walls up and makes sure his conquest know what they are getting into. Their has only been one person on the planet that was been able to get under his skin and that is Eve.

Eve is just about the graduate high school in California, but when he grandfather passes away she flies out to the UK for the funeral. Seeing Adam, for the first time in a few years, her long time girly crush, she is just as struck with her attachment and chemical pull to him as ever. After graduation her dad and grandmother get her a job working at the music agency. She will do a few months in every department shadowing the supervisor to learn the trade. First up is Adam's department. So now these two are working with each other and constantly tip-toeing around their attraction for one other. Will these two allow their physical and emotional chemistry to over power the knowledge of the possible consequences that could arise if they go to far?
--
I really enjoyed this book. There are some small edits here and there. The consistency of American and British dialect between Eve and Adam was accurate majority of the time. She grew up more in the states then in Britain, so I was grateful the author kept it authentic.

A Question: I am confused on the age difference between Dan and Adam. I mean they grew up with one another and Dan is 28; however, we never know how old Dan is and when exactly he had Eve. He has an 18 year old which would make him around late 30’s and that is IF he had her around then. So… can we get a more accurate description of Dan’s history?

Eve’s situation that occurred back in the states incapacitates her ability to become intimate with men. She struggles when she has the littles touch from men. We don’t find out what exactly happened till about over half way through. Her back story plays a huge part in her trusting Adam.

I recommend this story. However, be worn of the cliff hanger!

Agggggggg… It was not cool, but now I am invested for another book.

Bravo to you Ms. Olivia Adams. You knew what you were doing.

Chanatkins
5.0 out of 5 stars Enjoyable and left me wanting more
17 May 2017 - Published on Amazon.com
Format: Kindle Edition
Adam Rockwell, or 'Rocky' as he is better known, is a charming ladies man, who never pretends to be anything else. He has a reputation as a love them and leave them type of guy, and everyone knows what to expect from him. Rocky is an honorary member of the Harper clan, after being taken in by them at the age of 15, after his own family abandoned him. He shares a flat with his best friend Jack Harper and works for jack's brother Dan, at the family record company. Everything is settled in Rocky's life until Eve Harper returns from America where she's been living since her mother moved her there as a kid. Eve is Dan's daughter, and is no longer the geeky kid Rocky remembers. Immediately there is a strong connection between 18-year-old Eve, and Rocky, and both try their hardest to fight it. Eve has issues of her own after a nasty incident in the states persuaded her to return to England, and Rocky knows that the Harpers would kill him if he made a move on her. I enjoyed the way this book was narrated, in the first person present tense, with alternating viewpoints between Eve and Rocky. I felt this really helped me get into both characters heads and I was able to learn their back stories without any annoying info-dumps. They were to me, two very likable characters. Although Rocky was technically a bad boy, I couldn't resist his charms. His dysfunctional upbringing and obvious devotion to the Harpers was touching and made him a sympathetic character. I also really liked Eve and found myself urging them to get together and be happy. The story itself flows along at a steady pace, and kept my interest from start to finish. I was left wanting to know more about this couple and whether or not things would work out for them. I thought the book did a good job of setting up possible conflicts for the second installment, and I shall be looking out for it. An accomplished debut and one that romance fans will thoroughly enjoy.
Read more

I enjoyed Beautiful Temptation, the debut novel from Olivia Adams.

Eve Harper is a young beautiful women looking for a change. Moving back to England and become a part of her families music business is just what she needs. When she started working with Adam Rockwell her uncle's best friend and someone she has known her entire life. Now Adam is even more gorgeous then before and the more time Eve spends with Adam the more her feelings become real.

Adam has lived with the Harper family practically his whole life. When he sees Eve again he knows he needs to stay away from her, not only does he find her more beautiful than he remembers he can't risk acting on her feelings for her but the more time he spends with Eve the more he wants her.

Beautiful Temptation is a classic example of forbidden love. Eve and Adam are written well with great dialog between the characters. Told in dual POVs we get to see both sides of these characters and learn there is more than meets the eye. The back and forth was a little much and what was meant to be a secret quite a few people know about Eve and Adam's feelings. I liked the secondary characters especially Jack Adam's best friend. The story does end in a cliffhanger and I can't wait to see what happens next.
Read more
Go to Amazon.com to see all 5 reviews 4.0 out of 5 stars
Get FREE delivery with Amazon Prime
Prime members enjoy FREE Delivery and exclusive access to movies, TV shows, music, Kindle e-books, Twitch Prime, and more.
> Get Started
Back to top
Get to Know Us
Make Money with Us
Let Us Help You
And don't forget:
© 1996-2020, Amazon.com, Inc. or its affiliates