Skip to main content
Beautiful Lies and over 1.5 million other books are available for Amazon Kindle . Learn more
Share <Embed> 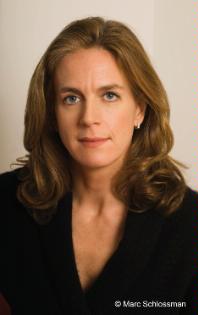 Page 1 of 1 Start overPage 1 of 1
Previous page
Next page
Start reading Beautiful Lies on your Kindle in under a minute.

A captivating fable of truth and memory ― New York Times

A shining example of historical literary fiction... Nothing less than literary pyrotechnics...a dazzingly elegant novel steeped in the rich detail of the period -- Lucy Scholes ― Independent

A stirring and seductive novel ― The Economist

London, 1887. In a momentous year dogged by economic crisis, riots and a voracious press hungry for scandal - how can one MP's wife bury the truth about her past?

Clare Clark is the author of three highly acclaimed historical novels- The Great Stink, Savage Lands (both longlisted for the Orange Prize) and The Nature of Monsters. Born in 1967, she graduated from Trinity College, Cambridge with a double first in History, and now lives in London with her husband and two children.
Read more

3.7 out of 5 stars
3.7 out of 5
40 global ratings
How are ratings calculated?
To calculate the overall star rating and percentage breakdown by star, we don’t use a simple average. Instead, our system considers things like how recent a review is and if the reviewer bought the item on Amazon. It also analyses reviews to verify trustworthiness.

Ralph Blumenau
4.0 out of 5 stars An interesting historical novel set in 1880s Britain
Reviewed in the United Kingdom on 5 May 2014
Verified Purchase
The book begins with such an extravagantly luscious piece of writing that I thought I couldn’t bear a whole book written in that style - but, though the rest of the book has many arresting images, it is only that opening scene which is written in that flamboyant way. The next handicap was the following scene, in which in a very few pages we are swamped with thirteen characters, nine of them children. (The novel is set in 1887, and Victorians did have very large families). But these chapters introduce, in particular, the children’s mother, Charlotte, whose friendship with Maribel, the central figure of the novel, is most attractively portrayed.

The focus eventually narrows to Maribel and to her husband, Edward Campbell Lowe, who is a passionate Radical Member of Parliament. Their love for each other glows throughout the book. Clare Clark’s note at the end tells us that Edward is closely based on Robert Cunningham Graham, a little-known politician, whose biography she gives. As for Maribel, one puzzling thing that only became known in 1985 about the politician’s wife makes it possible for the author to imagine what might account for that enigma, and most of her story in this novel is pure fiction. Another character, here portrayed as the utterly loathsome Alfred Webster, is modelled on the journalist W.T.Stead of the Pall Mall Gazette, founder of lurid and sensational exposures of sexual sleaze, and here, despite espousing radicalism himself, a hate-filled enemy of Edward and Maribel. Others playing a part in the story appear under their own names: John Burns, William and Jane Morris, Annie Besant, Mrs Aveling, Oscar and Constance Wilde, Asquith etc. So this is a novel based on a mass of well-researched political and social history. The distress of the working class, the Fabians and the Socialist League, the Bloody Sunday demonstration in Trafalgar Square, the Irish problem all make their appearance. Victorian photography plays a large part in the story, as does Buffalo Bill Cody’s Wild West show which was the rage of London at the time.

The author goes in for the minutest descriptions of settings and actions (innumerable references to Maribel smoking become quite irritating), and dwells at length on many incidents that have nothing to do with the plot, which as a result moves rather slowly, though, for all that, it does gather pace and tension about half way through.

The plot has two centres: the political career of Edward, and the mystery about Maribel’s past. Why does she say her parents had died when she was a child, when she had just had a letter from her mother? We will discover increasingly surprising aspects of her past, some of which were known to Edward, others that even he did not know. (I do not see how the lies involved can be called “beautiful”). Over and over again the secrets cause Maribel panic and anguish - their physical effects on her described as frequently as is her smoking. Were they revealed, Edward’s political career, already at risk because of his radicalism, would be totally ruined. One feels sure that, what with a couple of moments of carelessness by Maribel and the ruthless probing of Webster, she and Edward are doomed; but I am afraid I found the last two chapters (out of 41) unconvincing.

Slightly too discursive for my taste, this is nevertheless a very interesting and readable book, both for its historical background and for the principal characters who engage one’s sympathy and concern.
Read more
2 people found this helpful
Report abuse

gerardpeter
5.0 out of 5 stars Through a glass darkly
Reviewed in the United Kingdom on 9 September 2012
Verified Purchase
Riots in London, celebrity scandal, a newspaper out of control, a Royal Jubilee - despite the contemporary feel, the year is 1887. This is a story rich in history, especially the politics of early socialism as the Liberals are failing the working people. Edward Campbell Lowe is a Radical MP, a maverick Scottish aristocrat but a supporter of reform. He has secrets. His wife, Maribel, also has a history which, were it to come to public notice, would destroy them. On the warpath is a newspaper, the Chronicle, its editor, Alfred Webster, a supporter of reform who realises, too, that nothing sells like sex and scandal, so, though a potential supporter, is also a threat. Another theme is Maribel's own search to make amends for her past. This is a theme of many other contemporary novels that I have been reading[Laura Moriarty's The Chaperone, for example]but Clare Clark manages this story so well; the moving tale neatly balances the harder political edge of the book. The novel takes us through the drawing rooms of the rich, the raw poverty of London streets and the collapse of the crofting economy; Buffalo Bill rides through the pages, while Maribel's personal search reveals the desperate lives of Spanish peasants. Clare Clark also manages politics and religion, especially the vogue for spiritualism. A key part of the story is the emerging art of photography and photo-journalism. Some knowledge of the period would perhaps be essential to get the most out of the novel, but I was amazed at what the author reveals. Clare Clark loves her heroine. I loved the book.
Read more
5 people found this helpful
Report abuse

Cazz
3.0 out of 5 stars Great historical accuracy, but a so-so book
Reviewed in the United Kingdom on 10 September 2012
Verified Purchase
I looked forward to this book, as I loved the author's 2 other books. However, this was a disappointment. I found the main protagonist, Meribel, poorly drawn, and for me she never seemed to be a real person. The plot took a while to get going, and the sheer volume of different facets of the plot meant none had the detail and time they deserved. As the book progressed, the various plots improved, but it took an effort of will to read this far. Some of the plots, however, seemed to fizzle out rather than reach a conclusion, for example, Meribel's racy past. Whilst I'm sure the historical details are correct, they seemed to cast a leaden pall over the book rather than enlivening it.
Read more
Report abuse

Aquatron
3.0 out of 5 stars A Little Disappointment
Reviewed in the United Kingdom on 14 April 2013
Verified Purchase
As you would expect from Clare Clark, the historical background gives the impression that it is well researched. The writing is intelligent and elegant. I just could not engage with the central character, and found myself caring little about her history and future. The political background story was more interesting and so I persisted to the end of the book but was left with the impression that a better tale could have been made centered around the husband.
Not in the same class as 'The Great Stink' which I never hesitate to recommend.
Read more
Report abuse

Michael A. Crouch
3.0 out of 5 stars Great combination
Reviewed in the United Kingdom on 29 July 2012
Verified Purchase
The author is plainly a historian who knows her period. Combining the story with actual characters from that era of late nineteenth-century Victoriana has been delightfully accomplished. If I have one criticism about the style it is that I was impatient to move on from the early chapters, however necessary they were to set the scene. All in all, though: a good and imformative 'read' which should be part of anyone's library, especially if the interest is with the Victorian upper-middle-class.
Read more
Report abuse
See all reviews
Back to top
Get to Know Us
Make Money with Us
Let Us Help You
And don't forget:
© 1996-2021, Amazon.com, Inc. or its affiliates