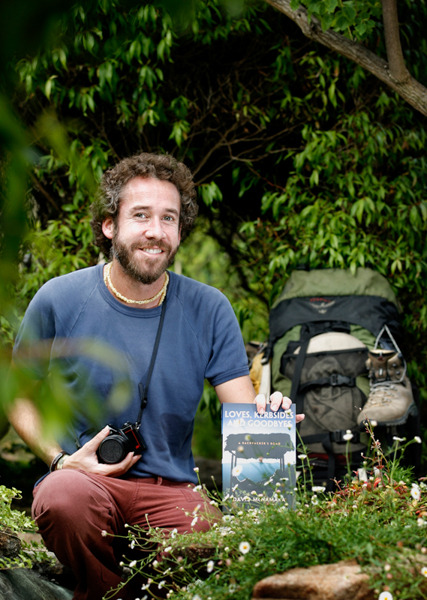 As an author, artist, pilgrim and wayfarer, David McNamara has been spinning tales of adventure and yarns of fiction for more than 15 years. Originally from Perth on the remote west coast of Australia, David's enchantment with movement was sown at an early age. But a European gap year in 1998 hooked David on backpacking, and independent travel soon turned into a Beat Zen way of life. The more places David visited, the more eager he grew for longer adventures and more remote destinations - trekking through the Andes, the Alps, the Himalayas and the Amazon; traversing the Mosquito Coast, the Trans-Siberian, the Silk Road and edges of Mesopotamia; sailing on Egyptian feluccas and Panamanian catamarans; crossing glaciers in Pakistan and deserts in Africa; visiting ancient archaeological sites around the world including Ciudad Perdida and El Mirador, surviving South East Asia hedonism, highway bandits and police corruption; hitchhiking across Mongolia, Tibet and Tajikistan; and road tripping around North America. Along the way David came to realise that journeying across vast continents via river, road, trails, rail and sea is not that different from overlanding it through life. With fortitude and passion, David's innumerable budget backpacking odysseys across six continents produced its own inevitability in 2011 with the release of his first book, "Loves, Kerbsides and Goodbyes". David has since completed his eagerly awaited second travel memoir titled "Beat Zen and the Art of Dave" in which he's continually discovering new places and cultures, and meeting new and fascinating people. David continues to live a life on the open road, gathering material for a third travel book while working on two books of fiction. When he's not seeking out an untold story, he's heading towards an unknown destination over the horizon - enjoying being lost in the spaces between places.