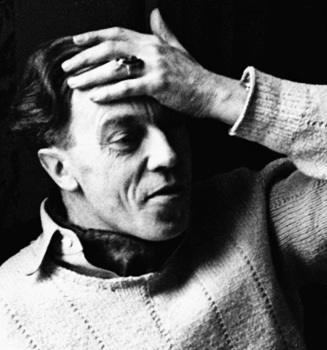 by Nicholas Blake (Author), Kris Dyer (Reader)
4.0 out of 5 stars 61 ratings
See all formats and editions
Sorry, there was a problem loading this page. Try again.

Page 1 of 1 Start overPage 1 of 1
Previous page
Next page
Start reading The Beast Must Die (A Nigel Strangeways Mytery Book 4) on your Kindle in under a minute.

4.0 out of 5 stars
4 out of 5
61 global ratings
How are ratings calculated?
To calculate the overall star rating and percentage breakdown by star, we don’t use a simple average. Instead, our system considers things like how recent a review is and if the reviewer bought the item on Amazon. It also analyses reviews to verify trustworthiness.

S Riaz
5.0 out of 5 stars The Beast Must Die
Reviewed in the United Kingdom on 25 April 2013
Verified Purchase
Published in 1938 and picked by the Observer as one of the 1,000 novels everyone should read, this is the fourth in the Nigel Strangeway series, following on from  A Question of Proof , Thou Shell of Death: A Nigel Strangeways Mystery  and  There's Trouble Brewing . It is a stand alone mystery, although characters from previous books do appear, or are mentioned; Inspector Blount was first in "Thou Shell of Death" (in which novel Strangeways also meets his wife Georgia) and a mutual friend of the main character, Frank Cairns, and Nigel Strangeways, Michael Evans (from "A Question of Proof") also merits a mention.

The book concerns crime writer Frank Cairns, pen name Felix Lane, whose six year old son is killed by an unknown hit and run driver. Cairns decides to track down and kill the culprit and confides his thoughts and fears to a diary. This makes the reader of the imaginary diary his confessor and allows you to understand the depths of Cairns despair after the loss of his only child. When the vengeful author finally meets George Rattery, the man he blames for his son's death, Cairns infiltrates his home and plans the perfect murder. However, when Rattery is later killed, Cairns insists that he is not guilty and Michael Evans puts him in touch with Nigel Strangeways.

This is a classic 1930's Golden Age mystery. It has a great cast of characters and suspects, who all have motives for doing away with the unlikeable Mr Rattery, and a well planned plot. Nigel Strangeways is a great sleuth, while Georgia adds some great ironic asides to the storyline. If you enjoy mysteries from this era, then I am sure you will enjoy this novel and, if you are thinking of trying Nigel Blake (the pen name of Cecil Day-Lewis) then this is a great book to start with, as it is one of his best. If you want to continue reading the series, the next book is  The Smiler With The Knife .
Read more
4 people found this helpful
Report abuse

SaggyBaggyGrumpy
4.0 out of 5 stars Good Blake stuff
Reviewed in the United Kingdom on 26 August 2016
Verified Purchase
I admit I groaned when I started this book. One of my pet hates is novels written in the first person, and the beginning of this one is. However it is a Nigel Strangeways story. So where was he? I flicked forward, away from the mawkish self indulgent beginning and found him. Here the narrative type changes. In fact starting from 40% in and ignoring the first part altogether, the story stands perfectly well on its own. The characters are well drawn and Nigel is astute and just a little eccentric. As with many of Blake's novels the denoument is a bit lengthy, but it's a story worth reading.
Read more
One person found this helpful
Report abuse

Officer Dibble
4.0 out of 5 stars Well worth a reprint
Reviewed in the United Kingdom on 26 May 2009
Verified Purchase
What a start! One of the best opening paragraphs I've ever read. The story concerns a crime novelist seeking murderous revenge on the hit and run killer of his only child. The first half is in diary format as the struggle with conscience occurs and the second concerns the investigation by the sleuth Nigel Strangeways.

This is a clever and interesting crime novel. The whodunnit is really quite secondary as the 'killer' is obvious and it becomes more an issue of whether he gets away with it. There's a very well-written period feel with everyone from Johnny Weismuller to Epstein getting a mention. This is what you might expect given that Blake is actually the former Poet Laureate C. Day Lewis.

I hesitate to award five stars for two reasons. Firstly, Strangeways and femme are a pair of arrogant unsympathetic characters that make you root for the villain! Secondly, Mr Blake is really an excellent novelist rather than crime writer and as such, the 'crime' aspect has two or three really frustrating flaws.

Couldn't help thinking of Hamlet and 'conscience doth make cowards of us all' through the entire thing. This is clever,thought-provoking and well constructed; recommended.
Read more
4 people found this helpful
Report abuse

redversb
4.0 out of 5 stars Clever and unusual.
Reviewed in the United Kingdom on 28 October 2013
Verified Purchase
I haven't, as yet, read any other Nicholas Blake novels, but this one will take some beating. It is written in a very unusual manner, the first part being in the form of a diary by a man who is going to commit a murder of someone unknown to him. I won't give any more away, as it is worth reading without any more prior knowledge - don't read the synopsis on the back cover!
Read more
2 people found this helpful
Report abuse

Juniper
1.0 out of 5 stars Awful narration
Reviewed in the United Kingdom on 15 June 2018
Verified Purchase
Book itself was fine a well written mystery but the narration was appalling - at first I thought it computerised. Returned it.
Read more
One person found this helpful
Report abuse
See all reviews
Back to top
Get to Know Us
Make Money with Us
Let Us Help You
And don't forget:
© 1996-2021, Amazon.com, Inc. or its affiliates