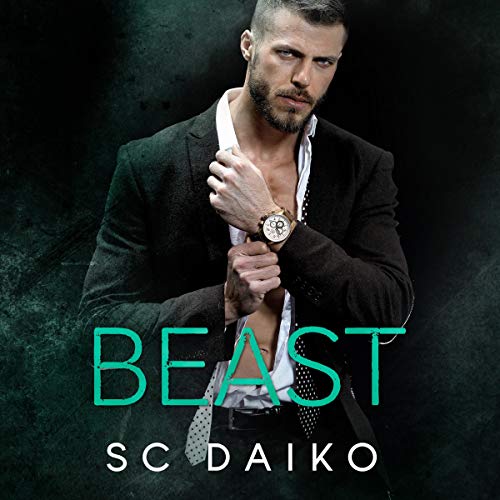 4.4 out of 5 stars
4.4 out of 5
85 global ratings
How are ratings calculated?
To calculate the overall star rating and percentage breakdown by star, we don’t use a simple average. Instead, our system considers things like how recent a review is and if the reviewer bought the item on Amazon. It also analyses reviews to verify trustworthiness.

Nean
TOP 500 REVIEWER
5.0 out of 5 stars Five stars
Reviewed in Australia on 20 September 2018
Eva loses her friend in the club, with a wrong turn into a room, she didn’t expect to have to say she was a whore for fear of her life, have the fastest orgasm of her life or the condom to break.
Gleb is a loan shark and believes he’s fair, when he offers a client if they have any collateral because their payments are late, he never thought they would offer their daughter to work for him for their repayments. What surprised him the most was that it was Kiska from two years ago that he had never been able to find.
Knowing she has to work for Gleb to save her father’s life, she also knows she has to keep her son, Kir, a secret or he will take him from her. Things don’t go as planned and Kir gets sick, she knows Gleb has worked it out when he sees him, she explains what happens and he assures her he will never take her son from her, but is concerned about their safety with the Vadim and what is going to happen, so they need to move in with him so he can protect them.
Seeing Gleb with his son, it’s like he’s a different man, reminding herself he’s still a beast no matter what she sees. Gleb is doing everything right, when she sees him with Kir, she wonders if she can risk her heart.
Gleb knows he will do anything to protect Eva and his son from Vadim, even more so when he finds out that Vadim is interested in Eva, without knowing about his son, he never stopped wanting her, he knows he has done a lot of sadistic things, how can he be a good father, how can he keep Eva, he knows with what is happening with Vadim he’s going to do worse, can he find a solution to what he wants before it’s to late.
Read more
One person found this helpful
Helpful
Report abuse

lesley
5.0 out of 5 stars Blockbuster Read
Reviewed in the United Kingdom on 20 September 2018
Verified Purchase
What a great read, it pulled me in on the first page and never let go.
It was packed full of suspense, twists and turns and hot,hot,hot,sex scenes,
Add two great main characters and you have a blockbuster of a book.
My favourite SC Daiko book to date, can’t wait for more in this series.
5*****
Read more
3 people found this helpful
Report abuse

Kirsty Adams
5.0 out of 5 stars A thrilling read!
Reviewed in the United Kingdom on 19 September 2018
Verified Purchase
A thrilling read that had twist and turns and the main character, Gleb just made my heart flutter. Whilst he may be known as the Beast, I loved his tender side. Instantly likeable, Eva is a spirited woman - Gleb has certainly met his match. I got lost in their world and zoomed through the pages, so addictive was their story. A big thumbs up from me!
Read more
One person found this helpful
Report abuse

Nuala 📚
5.0 out of 5 stars Another great book
Reviewed in the United Kingdom on 17 March 2019
Verified Purchase
Loved this book. Only wish I'd read it in order. Though it doesn't effect my feels for the flow of it. Looking forward to reading more by this author.
Read more
One person found this helpful
Report abuse

Miss S White
5.0 out of 5 stars A great story with some hot and steamy moments!
Reviewed in the United Kingdom on 4 November 2018
Verified Purchase
I loved this book and read it in one day! Some great twists and turns and a storyline that had me hooked from the start. I enjoyed the “bad boy” character and all of the darker underworld things that made his character believable yet vulnerable at the same time.
Definitely worth a read!
Read more
Report abuse

mrs marie donovan
5.0 out of 5 stars Gripping
Reviewed in the United Kingdom on 25 April 2019
Verified Purchase
Absolutely fantastic read..
Read more
One person found this helpful
Report abuse
See all reviews
Back to top
Get to Know Us
Make Money with Us
Let Us Help You
And don't forget:
© 1996-2021, Amazon.com, Inc. or its affiliates