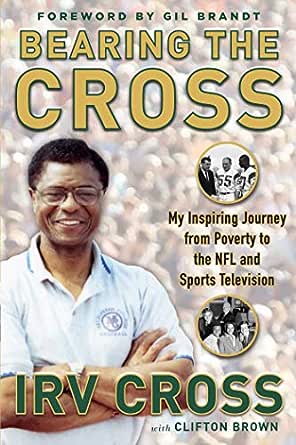 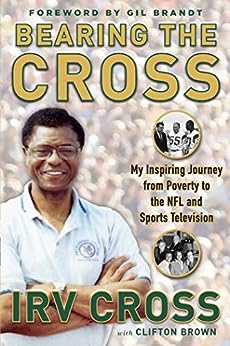 Bearing the Cross: My Inspiring Journey from Poverty to the NFL and Sports Television Kindle Edition

Irv Cross is a former NFL player and sports broadcaster. After a career with the Philadelphia Eagles and Los Angeles Rams, Cross joined CBS Sports and later the Emmy Award–winning NFL Today. A storied life, he has been the chairman of the Minnesota Twins Community Fund, the Smithsonian Institute’s National Portrait Gallery National Sports Initiative, the Director of Athletics at Macalester College, and the Executive Director and Chief Advancement Officer for Big Brothers Big Sisters of Central Minnesota. In 2009, he was the recipient of the Pete Rozelle Radio-Television Award given by the Pro Football Hall of Fame for “long-time exceptional contributions to radio and television in professional football.”

Gil Brandt was the vice president of player personnel for the Dallas Cowboys from 1960 to 1988. Under his watch, the Cowboys became “America’s Team,” and helped set up the foundation which led the team to victories in Super Bowls VI and XII. A scouting pioneer, he helped developed many of the techniques which are still used by NFL teams today. Brandt contributes to NFL.com as a senior analyst, and appears on numerous radio and television programs across the country. --This text refers to the hardcover edition.

Michael P. Weber
5.0 out of 5 stars Great to read Irv’s story!
Reviewed in the United States on 23 October 2018
Verified Purchase
I loved the original NFL Today on CBS and Irv Cross was an integral part of that show. He was the voice of reason, providing insight on knowledge.
Read more
Report abuse
See all reviews
Get FREE delivery with Amazon Prime
Prime members enjoy FREE Delivery and exclusive access to movies, TV shows, music, Kindle e-books, Twitch Prime, and more.
> Get Started
Back to top
Get to Know Us
Make Money with Us
Let Us Help You
And don't forget:
© 1996-2020, Amazon.com, Inc. or its affiliates