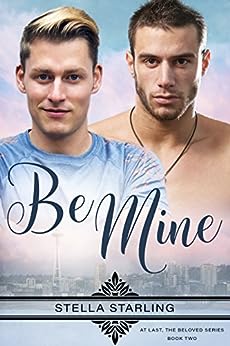 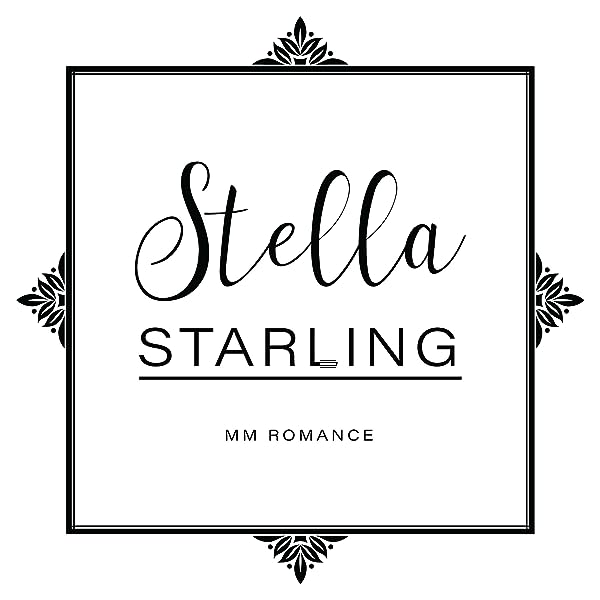 Be Mine (At Last, The Beloved Series Book 2) Kindle Edition

Stella Starling is the storytelling team of two M/M contemporary romance authors who have far too many stories to tell on their own, so decided it would be fun to tell a few of them together. The authors bring their love for writing, romance, and sweet, steamy "happily ever afters" to every story, and hope that "their boys" will give readers a delicious escape into a world where love always wins. --This text refers to the paperback edition.

Kindle Customer
1.0 out of 5 stars Average romance with a side of tragic plot
Reviewed in Australia on 31 August 2017
This book I was not a fan of. Sure it was sweet but it was real mess and not the hot kind. Firstly the characters- Jase I loved but Kelly was a whiny, self-centered little baby. Someone breaks into your house, watches you sleep and says I am going to end you real soon but you still think the guy is playing around?
Now the whole death threat sewn into a pillow thing. I actually laughed when I read that, thinking oh so this is a comedic book. Uh no it's not, the author was dead serious with that part of the plot and it only gets more ridiculous. The security element of this book is not convincing in the slightest. So this psycho-stalker is some allegedly sophisticated hacker type but you geniuses think 'I know how we can evade him, let's escape on a plane using our real names'. Then this supposedly elite bodyguard gets photographed kissing his protectee, revealing his true identity in the process. What's a bodyguard to do...oh I know I will take you to a top secret location known as my cabin, which I own in my real name, which is now a name known to all the public. If any of this happened for reals, both MCs would have been straight up dead by 25% in.

All sarcasm aside, this book could have been good had the plot been refined to be more logical and believeable. I could have even tolerated Kelly if that part had been done better.

Kirsty
5.0 out of 5 stars Omg
Reviewed in Australia on 2 September 2017
Wow so enjoyed every word of that. Well worth waiting. This is a great series jump in and read the series asap. I really love the authors.
Read more
Helpful
Report abuse
See all reviews

c byrne
5.0 out of 5 stars Great
Reviewed in the United Kingdom on 6 February 2017
Verified Purchase
I enjoyed this book a lot my first book by this author and it won't be my last it's a great story with a great ending
Read more
One person found this helpful
Report abuse

Charles Hall
3.0 out of 5 stars Much better than book 2
Reviewed in Canada on 3 February 2017
Verified Purchase
Okay, I wrote a really negative review of book 2 but this one somewhat restored my faith in Stella Starling. While I found Kelly hard to like, Jase was very sympathetic. Did I believe the attraction of Jase to Kelly, not really. But the story here was stronger and the sex scenes were nowhere near as cringe worthy as book 2 (although the masturbation in the airport lounge was too much and I rolled my eyes over it). For the price, this is a good read.
Read more
Report abuse

Bo
5.0 out of 5 stars Three-in-One
Reviewed in the United States on 17 May 2018
Verified Purchase
This review covers the three books in the "At Last, The Beloved Series" because they are sooooooo good and also intertwined with characters and plotlines. I happened to have read the authors' "Semper Fi" series first, which did not blunt my appreciation of this series even though the first book in the Semper Fi was really a follow-up to the third of At Last-Beloved.

First of all, be warned: If you are not a fan of Etta James' version of "At Last," you will not be forgiven, because it plays a sweet role as the theme song of the gay dating app company (bloved) that is central to the series. Of course, you will still enjoy the series because lyrics are quoted throughout in the right places.

Also, please note that the covers for each are brilliant. The somewhat younger and more open character in each--Trevor, Kelly and Shane--is in the foreground of each. These covers capture the essence of each couple's personalities and I found it extremely important to enjoying the whole series.

Also important: I am not a fan of prologues because many of them pluck a scene out of the story and sort of make it almost a spoiler. In these three books, however, the prologues are just that--events which introduce us to one or more of the main characters seven to ten years before the book actually begins and they are crucial to understanding the motivations of the three men in the background of each of the covers.

All that said, here goes:

Be True (Logan and Trevor)
This one involves a rescue mission devised by the bloved brass when its founder and co-owner Kelly Davis is threatened with death by a psychotic stalker who blamed bloved for his lover breaking up with him. Suddenly, Logan Carter, the other co-owner of bloved and a man whose personality can only be described as dull, is thrust into the media spotlight with not a single minute of previous exposure even though he is an extremely wealthy and prominent (but very quiet) businessman.

He is told he needs a PR coach to help him get through six weeks of promotion for bloved and he is terrified--especially since management wants to bring in a Hollywood type to coach him. Logan gets this crazy idea that Trevor Rogers, the openly gay tailor/salesman at the prominent Chicago men's clothier he has visited every month for a year when he comes in from his New York home base is the man to coach him, and all hell breaks loose.

And so does Logan when Trevor accepts and proceeds to "loosen him up" over the course of the book. Trevor is a hoot, and Logan is confused but eminently ready to accept a change in his life. How it happens will make you laugh, cry and hum along to the music of the song that runs the series.

Be Mine (Kelly & Jase)
Kelly Davis goes kicking and screaming into protective custody at the recommendation of the Chicago police in the form of Officer Brandon Byrne because of the threats on his life from the psychotic stalker. He recommends that his uncle's Seattle based security firm dispatch a bodyguard to Chicago to take care of Kelly, and that bodyguard arrives in the very substantial form of ex-military Jase Walker.

Jase has lost one leg due to an IED in Afghanistan but Kelly doesn't know it and that's part of the reason that Jase, a foster child his whole life who never was loved by anyone gets all freaky when Kelly, whom he was smitten by immediately, gets overly friendly with him.

This book is full of tension and some adventure and also violence, but overall it's a wild and wooly ride with loose-as-a-goose Kelly and somewhat uptight Jase trying to get themselves to the point where they can trust each other, if no one at all.

Be Loved (Brandon & Shane)
This one brings all the reasons for the psychotic's motives and actions into play and it is the Chicago-based parallel to the New York and Seattle-based stories in the first two books.

Officer Brandon has never forgiven himself for not coming out to his best high school friend Shane when they were growing up and before Brandon went off to the military (where he met Jase).

Now, he soon suspects that Shane's boyfriend, Peter, is an abusive individual after Shane--at the urging of his friends when Peter is on a business trip--fills out the bloved profile test. Shane freaks out when Peter discovers he's done this (how he finds out is chilling), and he goes running to his still good friend Brandon.

And then all hell breaks loose in Chicago.

This is a perfect denouement to a series that actually works on every page in every book because the characters are so compelling even if the plot is a bit off the wall. Get it and read it in order then go on to the Semper Fi series.
Read more
One person found this helpful
Report abuse

Stacy Mitchell
5.0 out of 5 stars A great series from a great team and very worth the read!
Reviewed in the United States on 7 February 2017
Verified Purchase
If you haven't read this series yet, start with Elliot and Ash's story, All I Want.

Be True and Be Mine happen simultaneously, so they should be read together.

Jas was raised in the foster care system always made to feel unloved. He went to the army at 18 and stayed until he was forced to leave on medical discharge. Having nowhere to go, his friend Brandon (the next book) forced him to go to his uncle in Seattle to be a bodyguard.

Seven years later, Kelly, who owns a gay dating site, is being stalked and receiving death threats. Brandon who is a cop in Chicago and on the case has Jas Come to watch Kelly.

Their attraction is immediate but they fight it until the love they share makes that fight impossible.

This book is sweet, funny, sad and intense so when you finish it I highly recommend that you open Devyn Morgan's Well Suited! It's a feel good book that will make you smile and instantly relax.
Read more
Report abuse

C.R.
5.0 out of 5 stars Great book, amazing series! <3 Jase and Kelly!
Reviewed in the United States on 31 January 2017
Verified Purchase
This series just keeps getting better! I loved "All I Want," the Christmas prequel to this series, then fell in love with "Be True." Now, with "Be Mine," Kelly and Jase had me hoping and worried and laughing (and maybe a little crying, too), from the first page all the way to the last. Kelly was so adorable, with his quick temper and smart mouth, but vulnerable and sensitive under that sassy exterior. And Jase - omg - I don't think he could have been any sweeter. But also the perfect hot ex-military tough guy. And the "bossy voice" ... yeah, loved it.

As has become my habit with Stella Starling, I 1-click purchased this book before I even read the description, and I definitely wasn't disappointed. It really is a wonderful love story, with some twists and turns that will surprise you along the way!
Read more
One person found this helpful
Report abuse
See all reviews
Back to top
Get to Know Us
Make Money with Us
Let Us Help You
And don't forget:
© 1996-2021, Amazon.com, Inc. or its affiliates