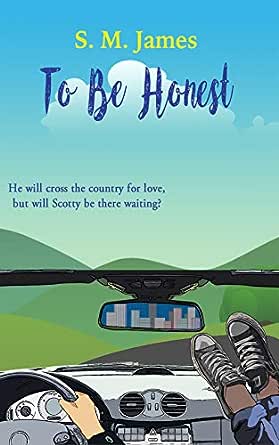 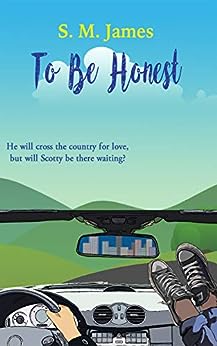 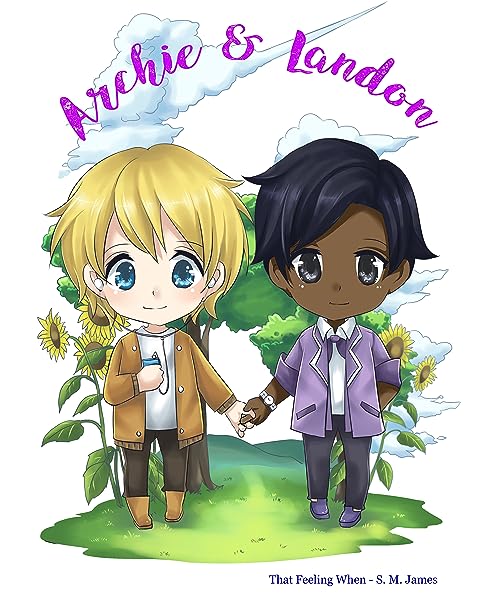 Chaos Book Reviews
TOP 500 REVIEWER
5.0 out of 5 stars A journey soon not forgotten.
Reviewed in Australia on 18 November 2018
Angus Reid is not your typical high school jock. Yes he plays football, but his out and proud. Everyone at his private bording school adores him, but Angus hasn't found love. Not exactly. This is an epic cross county journey of finding love & what better way to do that then with the people that mean everything. There will be drama, there will be passion, but will his online friend be the man he needs or is Angus indeed being catfished.
The thing I loved most about this book was the writing, S.M James portrays Angus in such a way he's relate-able to everyone. S.M James has written an exceptional PG romance that tackles not only things that could happen to anyone regarding of sexual preference but also the stigma that comes with having a sexual preference that's deemed outside the norm. The acceptance, love and loyalty S.M James has captured of his main characters friends and football team is heart warming. I received a complimentary copy of the book from the author via Voracious Readers Only

Queenie
5.0 out of 5 stars Holy Bloody Moly
Reviewed in Australia on 19 September 2019
This book is amazing. It showed me who I could have been, if I had only stayed in school. I now have hope for a better and brighter future for myself. Thank you so much S. M. James.
Read more
Helpful
Comment Report abuse
See all reviews

Elin
4.0 out of 5 stars Finding Scotty
Reviewed in the United States on 26 April 2020
Verified Purchase
I stumbled on to this one and though I rarely read YA anymore, it made me curious. I also read some of the reviews on Amazon and got the twist spoiled for me, so I'd say refrain from that.

It's a very sweet and at times frustrating coming of age book, with all of Angus's feelings and thoughts. We only have his perspective to go from and his perception of situations and people isn't always correct.
His friendship with Tyler is lovely and while I think Anah is a good friend, she is a bit exhausting to read about.
Through the whole book we have the lingering thought of Scotty, the elusive maybe-boyfriend, maybe-catfish and Angus's insecurities around it. Because we've all seen the Catfish show and recognise when things aren't right.

It's a fairly long book, and perhaps the plot should have wrapped up a bit earlier, a bit less Anah and Link drama, and a bit more Angus, Scotty, Tyler.
There's a few hick-ups along the way, such as things that were said then later it came as a surprise when they should already have known.
But other than that it's a sweet book with fun moments and I'd recommend it.
Read more
One person found this helpful
Report abuse

Greg M.
4.0 out of 5 stars 4.5 stars
Reviewed in the United States on 30 December 2018
Verified Purchase
To be honest, I loved 'To Be Honest'! I could hardly put the book down and read it in a morning and afternoon. The Australian author did a great job with American English, the characters are multi-dimensional, the road trip interesting, and the story telling top-notch. I felt like I was right there with the guys as this first person present tense story progressed. The story engaged me so thoroughly that I didn't even realize it was written in present tense until I was halfway through it. Elements of the short messaging segments hit very close to home with me.

Except for a couple of reasons, I would have given 'To Be Honest' five stars. 1. The book isn't formatted correctly. If an author isn't going to indent each paragraph, I think there ought to be a blank line between them. This just makes for easier reading. 2. This might really seem like nitpicking to some, but the word is spelled 'whoa' not 'woah'. I can't see how a proofer could miss this several times throughout the book. Even computer proofing ought to catch this one. Are these reason enough to pass on this book? Absolutely not!

Although this book is about teenagers, I think it might appeal to a much broader audience. Two thumbs up from me!
Read more
One person found this helpful
Report abuse

Kindle-klant
4.0 out of 5 stars I knew it
Reviewed in the United States on 13 March 2019
Verified Purchase
From the start I had this feeling Tyler was Scotty, but then Angus got messages while they were roadtripping and in my mind it didn't add up. I love the reason why Tyler acted like he did. He had some very serious reasons to do so. And cheers for the football team for being great guys.
Read more
Report abuse

E. N. Rivas
5.0 out of 5 stars Amazing Ride
Reviewed in the United States on 27 March 2019
Verified Purchase
What an amazing journey of discovery and love. You travel with people that have lots going on in their lives which makes it a wild ride and worth the read.
Read more
Report abuse

chad dahlkoetter
3.0 out of 5 stars Maybe a knockoff?
Reviewed in the United States on 25 June 2019
Verified Purchase
Like the story. Didn’t have the prequel at the end like the first book in the series did. It maybe a knock off.
Read more
Report abuse
See all reviews
Get FREE delivery with Amazon Prime
Prime members enjoy FREE Delivery and exclusive access to movies, TV shows, music, Kindle e-books, Twitch Prime, and more.
> Get Started
Back to top
Get to Know Us
Make Money with Us
Let Us Help You
And don't forget:
© 1996-2020, Amazon.com, Inc. or its affiliates