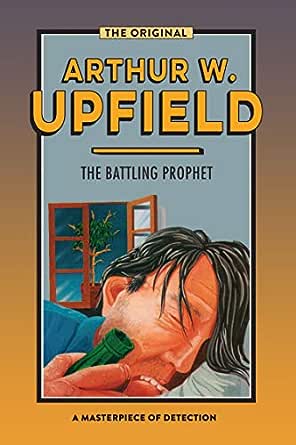 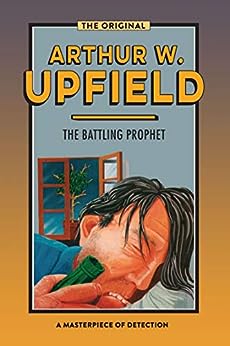 Peter is a voiceover artist and actor with over thirty years of stage, television, and film credits, in Australia and in Europe. He has toured Australia with a variety of stage shows and appeared on TV in Something in the Air, Ponderosa, and Last Man Standing. Film appearances include Pride (shot in Japan), Siam Sunset, The Wog Boy, Razor Eaters, and Personality Plus. For Bolinda Audio he has also narrated Arthur Upfield's Venom House, Winds of Evil, and Mr Jelly's Business. --This text refers to the audioCD edition.

'Napoleon Bonaparte, my best detective.' -- The Daily Express --This text refers to the audioCD edition.

A single death becomes an Outback conspiracy - a compwlling mystery from the classic Bony series. --This text refers to the audioCD edition.
Read more

5.0 out of 5 stars
5 out of 5
13 global ratings
How are ratings calculated?
To calculate the overall star rating and percentage breakdown by star, we don’t use a simple average. Instead, our system considers things like how recent a review is and if the reviewer bought the item on Amazon. It also analyses reviews to verify trustworthiness.

Kindle Customer
5.0 out of 5 stars The Battling Prophet
Reviewed in Australia on 27 October 2019
Verified Purchase
Great book, I very much enjoyed, as always with these Bony series books, the intrigue and plot of Arthur Upfield's writings.
Read more
Helpful
Report abuse

Tressa
5.0 out of 5 stars Five Stars
Reviewed in the United Kingdom on 3 August 2017
Verified Purchase
Authur Upfield does not 'date', His books show a real understanding of Australia
Read more
One person found this helpful
Report abuse

Peter A. Clark
5.0 out of 5 stars Fabulous Bony!
Reviewed in the United Kingdom on 25 December 2010
Verified Purchase
I am a bookworm and found this volume to be really splendid. It was in terrific condition and a thunderously good read! Fabulous value too!
Read more
Report abuse

Mike Billington author of Murder in the Rainy Season
5.0 out of 5 stars A 5-star novel and a pleasure to read
Reviewed in the United States on 4 June 2018
Verified Purchase
Spies, warring law enforcement agencies, government misconduct, betrayal, greed, and - yes - murder are all featured in "The Battling Prophet," which is one of the best of author Arthur Upfield's Inspector Napoleon Bonaparte mystery novels.
Bonaparte is one of fiction's most interesting detectives. Half white, half Aborigine; he is constantly caught between both cultures in an Australia that is intensely racist. He is unconventional, doesn't seem to give a damn about authority, and he is single-minded in his pursuit of his criminal targets. Over the course of his career he has been suspended, occasionally fired, and often reprimanded but - as he notes in this novel - he is always reinstated because, in the end, he "brings home the bacon" by solving the cases he is involved in.
In this instance, that means finding out who murdered a controversial meteorologist whose ability to accurately predict the weather not only helps Australian farmers but could also help foreign governments plan war strategies.
Upfield was a prolific writer but he was not just that. He worked as a stockman (the Australian version of the American cowboy), a miner, and a government official among other things. His travels around Australia and his familiarity with its ethnic minorities as well as its white majority helped make his characters very realistic. He was a skillful plotter and his narrative is rich in detail.
All of those elements are nicely blended in this novel and that makes it a pleasure to read.