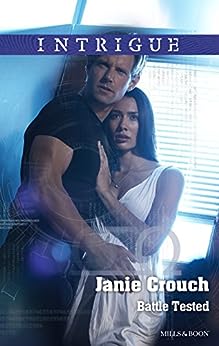 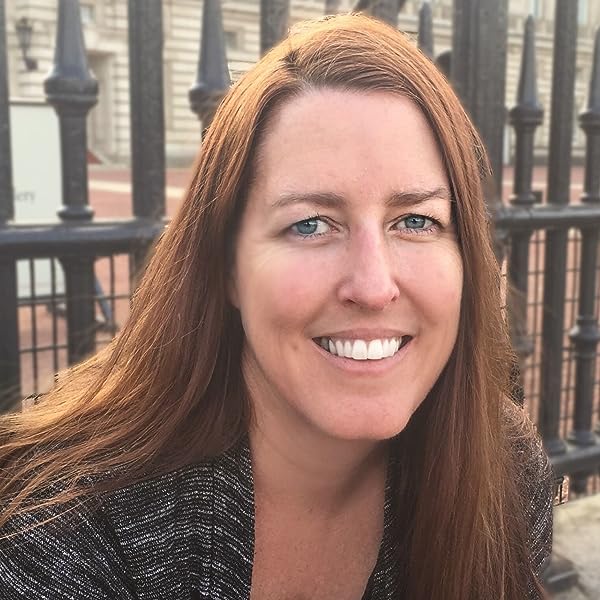 Janie Crouch has loved to read romance her whole life. She cut her teeth on Harlequin Romances as a preteen, then moved on to a passion for romantic suspense as an adult.

Janie lives with her husband and four children in Virginia, where she teaches communication courses at a local college. Janie enjoys traveling, long-distance running, movie-watching, knitting and adventure/obstacle racing.

4.6 out of 5 stars
4.6 out of 5
68 global ratings
How are ratings calculated?
To calculate the overall star rating and percentage breakdown by star, we don’t use a simple average. Instead, our system considers things like how recent a review is and if the reviewer bought the item on Amazon. It also analyses reviews to verify trustworthiness.

Susu
TOP 1000 REVIEWER
5.0 out of 5 stars Great read...and reread...and reread...
Reviewed in Australia on 5 August 2018
Verified Purchase
Finally – Steve’s story! My favourite character from the whole series! Rosalyn is a very likeable and strong heroine, and Steve has to battle through some demons of his own before getting his girl. I loved the scenes at HQ where we get to see the whole team in action - the secondary characters are a real highlight throughout the whole series. I have read this book half a dozen times; it’s a well written story which flows well and holds your interest the whole way through.
Read more
Helpful
Report abuse
See all reviews

ARC
4.0 out of 5 stars Endearing romantic suspense
Reviewed in the United Kingdom on 29 May 2019
Verified Purchase
I really enjoyed this story. The twists and turns were engaging and I found the two main characters very likeable.
Read more
Report abuse

Kindle Customer
5.0 out of 5 stars Battle tested
Reviewed in the United Kingdom on 3 January 2017
Verified Purchase
I have enjoyed reading another book in this series of the Omega sector critical response team. The story line are always got a lot of action in them, keep this series coming . I hope there are a lot more stories to come. I would recommend this series to anyone.
Read more
Report abuse

BEAUTY
5.0 out of 5 stars Give this the thumbs up
Reviewed in the United Kingdom on 11 December 2019
Verified Purchase
Excellent story line couldn’t put it away
Read more
Report abuse

Amazon Customer
5.0 out of 5 stars Loved EVERY book in this series
Reviewed in the United States on 16 October 2018
Verified Purchase
I have loved all the books in this series. The author writes her characters realistically.

the book starts out with Rosalyn being terrorized by an unknown psycho who stalks her, slips notes under her door no matter where she is. She's at a point where she's run out of money and is considering suicide to end this.

Steve is the director of Omega Sector. The first 5 books have put him and his team through a lot of action, adventure and suspense. His team gives him a gift of a vacation: something he hasn't done in 10 years. They also get him the "romance" suite at whatever resort they sent him to.

Steve is older than the previous heroes (41, not old in my opinion). when he comes across Rosalyn for the first time, it's to stop a couple of men who are hitting on her. He has no intentions of hitting on a woman as young as she is, but he does sense something is off. they talk and end up in his romantic suite. when the Watcher (name she's given her stalker) slips a note under his hotel room door, she fears for his life and leaves in the middle of the night.

Story picks up six months later. Steve has been ornery since returning from his vacation. Liam (LOVE his sense of humor in EVERY book) wonders if they should meet with their boss sans weapons due to his mood. Steve decides it's time to stop thinking about the mystery woman whose last name he never got. Until he sees a photo come across his desk with a dead woman who is his mystery woman. Returns to Florida, ids the body, then runs into Rosalyn.

Steve didn't handle a lot of his emotions real well. Another reviewer mentions she didn't like how he treated her when he saw her again. However, the author wrote him exactly as I'd imagine. he runs an elite law enforcement agency and feels this young woman "played" him. As things get more intense and she confides in him about her stalker, he tells her he and his team can handle it. As threats against both him and her increase, this elite team we've gotten to know in the previous books bring all their talents to solve this mystery.

No where in this book did it mention the stalker. So, my ability to figure out who he was as is one of the challenges I like when reading suspense novels. However, I did figure out long before these agents how he kept finding her.

Steve is a rough around the edges kind of man who lost his wife, never thought he'd fall for someone again-let alone someone so much younger, and when he realized what an idiot he was being, apologized.

the action and adventure was what I'd expect when this whole team got together. Once they knew who they were after, these agents were behind their boos 1000%.


Read more
One person found this helpful
Report abuse
See all reviews
Back to top
Get to Know Us
Make Money with Us
Let Us Help You
And don't forget:
© 1996-2021, Amazon.com, Inc. or its affiliates