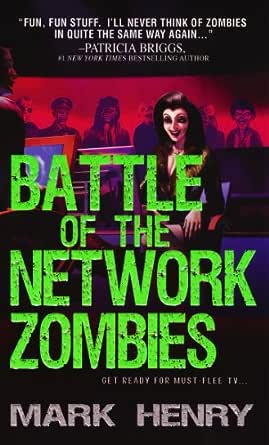 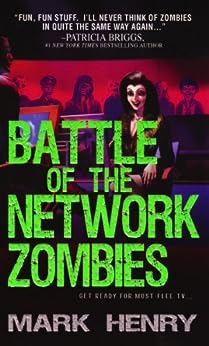 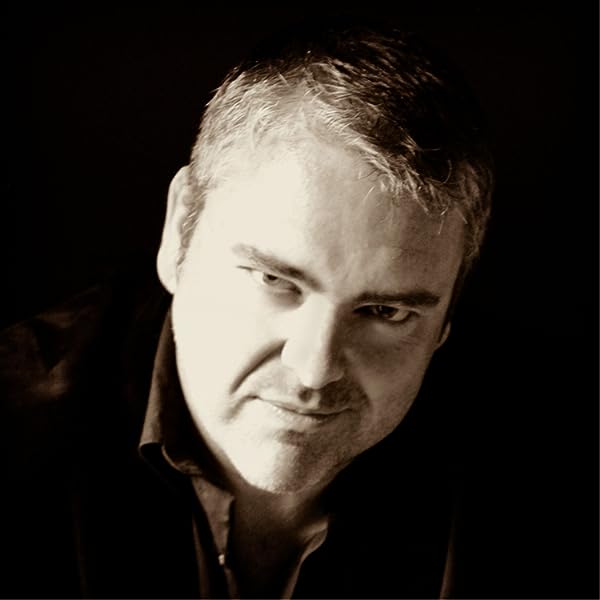 KindleVixen
4.0 out of 5 stars 4 Stars
Reviewed in the United States on 2 March 2010
Verified Purchase
In the third installment of the Amanda Feral series Amanda is back, dirtier than ever. Her ad agency is on a downward spiral and her expense budget is in the toilet. In order to keep her condo and pay off her debt to the Reapers Amanda says yes to an opportunity to appear on a new reality show. Yet, things are never simple with Amanda and she finds herself in the middle of her very own murder mystery.

Amanda Feral books always makes me giggle and snort like kids do when they tell fart jokes. Battle of the Network Zombies was no different, it was funny, sarcastic, and disgusting. If you like crass humor with a side of wit, this series is for you.

Amanda and Wendy make a great crime solving duo even if when they seem to be at odds with one another. Gil once again provides comic relief and I found myself looking forward to his bits the most. He is definitely my favorite character of the series. Scott and Amanda's relationship was a pleasant surprise and I look forward to more of him in the next book (fingers crossed!).

The book started off a bit slow for me, but the plot picked up the pace once wood nymphs started dying and the crazy character parade began. Amanda even shows signs of unexpected personal growth, proving her heart isn't rotted out after all. Battle of the Network Zombies is another snort out loud story of zombies with killer fashion sense by Mark Henry. Fingers and toes crossed that Amanda Feral's story doesn't end here. Oh and the best part? Battle of the Network Zombies is only FREE for your kindle at Amazon right now. Go on, get the rest of the series too, you know you want to.
Read more
9 people found this helpful
Helpful
Sending feedback...
Thank you for your feedback.
Sorry, we failed to record your vote. Please try again
Report abuse

Tiffany
5.0 out of 5 stars Love the nasty drama!
Reviewed in the United States on 4 March 2010
Verified Purchase
Finally, a Paranormal book that is different from all the rest. Yes, it is crass, snarky, disgustingly candid and vulgar...but all in a GOOD way (I swear). It is also hilarious, well-written, and most importantly - original.

I never realized what I was missing in paranormal books until I read this series: A main character that doesn't feel bad about eating. I swear, I am sick to death of main characters feeling bad about having to eat humans. If you think about it, it is almost realistic if zombies really existed. Why is it that in other books the only ones that don't have food issues are the bad guys? The heros/heroines almost always have to overcome feeling guilty about needing blood or whatever else they eat. Love it that this one doesn't.

Another thing...of course parts of the book are gross. The main character is a freaking zombie and zombies are dead...hence the rotting and finding ways of dealing with it. I will give a tip to readers: If you don't like cussing you won't like this book. If you want your characters to have empathy you won't like this book. If you think that stuff is hilarious, like I do, then read away because it is FANTASTIC. Good job, author man!
Read more
7 people found this helpful
Helpful
Sending feedback...
Thank you for your feedback.
Sorry, we failed to record your vote. Please try again
Report abuse

Geoffrey A. Snyder
1.0 out of 5 stars I Rarely Give One Star
Reviewed in the United States on 25 April 2010
Verified Purchase
To start, I like urban fantasy with all kinds of monters, etc in it. I like clever snark and cynical wit. Combined in this novel, however, I couldn't bring myself to like it. It's full of cynical snark but it's missing the clever part and the witty part.

To be honest, it may have gotten better, but after reading the first 20%, I just couldn't finish it.
Read more
One person found this helpful
Helpful
Sending feedback...
Thank you for your feedback.
Sorry, we failed to record your vote. Please try again
Report abuse

video addict
2.0 out of 5 stars Like watching a train wreck...
Reviewed in the United States on 8 April 2010
Verified Purchase
...you can't look away no matter how much you want to. Thank goodness I received this as a free Kindle title. To have paid anything to read this book would have put me in my grave. This book was a bit strange for my tastes, it was difficult to both read or to just give up on. Truthfully, I can't see myself ever reading this author again.
Read more
One person found this helpful
Helpful
Sending feedback...
Thank you for your feedback.
Sorry, we failed to record your vote. Please try again
Report abuse
Load more international reviews

Beer and Gear
4.0 out of 5 stars Four Stars
Reviewed in the United States on 20 August 2014
Verified Purchase
good book, but like so many doesnt hold up to the first one
Read more
Helpful
Sending feedback...
Thank you for your feedback.
Sorry, we failed to record your vote. Please try again
Report abuse

L. D. Rader
1.0 out of 5 stars I'm REALLY glad I got this as a freebie....
Reviewed in the United States on 5 May 2010
Verified Purchase
There are two things about this book that I liked. First, I thought the footnotes were cute. Second, I like the the characters eat and maim people and don't whine over the fact that it's necessary to their survival. You know what I mean. Vampires (or whatever) that whine about thier need to kill is SO overdone. Pshhk. Seriously, if I were a vampire or zombie I'd probably eat everything that moved. But I digress.... Gratz on getting that right, at least.

My biggest problem with this book was that the characters all tend to be pretty one-note. If you take away the differences created by their physical descriptions they all have about as much depth as a shot glass. If one character was shallow, self-centered, and witchy, it probably would have worked, but with nearly all of them acting like they just fell out of a high school clique, it just gets boring. Yes, I said high school. I think the author was shooting for crass and sarcastic, but he missed the mark. The characters in this book come off petty and immature instead.

At the begining, it was funny. I like lewd and crude humor just as much as the next person. The problem, again, is that when all I see over and over is crude humor, I get bored and the book ceases to be funny. Also, the humor seemed a little forced, like the author was really trying hard to make it funny. That never works.

One last note: The book is gross. It was not written for people with weak stomachs. I didn't have a problem with the gross-out factor; I'm just mentioning it for those that might. Surprisingly enough, I think the ickiness of Battle of the Network Zombies was one of the few things that gave the book a touch of realism. I mean, the main character is a slowly decaying, reanimated corpse that eats people to survive. That's bound to be messy, and I have to give the author props for not sugar coating everything.

Okay, so that's three things I liked. I wish there were more. I really wanted to like this book. Normally, I love anything with a zombie in it, and I was disapointed that I couldn't enjoy this. I tried to, I really did. My attention span just isn't long enough to let me read about four or five different people that have the exact same repulsive personalities, and seem to speak with the same mouth.

If you're going to read it anyway, I'd advise getting it from the library. At least then you won't have to spend MONEY to waste precious time of your life that you will never get back.
Read more
3 people found this helpful
Helpful
Sending feedback...
Thank you for your feedback.
Sorry, we failed to record your vote. Please try again
Report abuse

john
4.0 out of 5 stars Not for the Faint of Heart....
Reviewed in the United States on 27 March 2010
Verified Purchase
I actually liked this book and was entertained by the story. But if you are squeamish, some of the descriptions may not sit well with you. Also be warned that there is a lot of vulgar language and sex in this book. Aside from that, I found the book to be funny and it was a quick read. You arent going to walk away enlightened after reading it, but if you want to pass time on a rainy afternoon, this book would do the trick.
Read more
Helpful
Sending feedback...
Thank you for your feedback.
Sorry, we failed to record your vote. Please try again
Report abuse

Rosemarie
4.0 out of 5 stars Interesting take on zombie 'afterlife'
Reviewed in the United States on 24 March 2010
Verified Purchase
Can't complain on the kindle price - but I felt like I had missed something along the way. Good book overall - at times a bit hard to follow - interesting conglomeration of characters.
Read more
Helpful
Sending feedback...
Thank you for your feedback.
Sorry, we failed to record your vote. Please try again
Report abuse

Dawn S. Miller
2.0 out of 5 stars If you don't like extremely crude and graphic zombie comedies . . . (Kindle formatting review at the end)
Reviewed in the United States on 2 March 2010
Verified Purchase
. . . then this book isn't for you. Or me, for that matter. I thought I could handle it, since zombie books are generally high on my to-read list. However, I couldn't get past the first few chapters. It was too crass and disgusting for me. Even just skimming the book buried the needle of my grossometer.

The author's a good writer though. He can depict incredibly vivid scenes, and he's got quite the knack for finding just the right word. So if you can stand the content, you'll probably very much enjoy his style.

Would I reread this book? Never. Ever.

Would I spend money on this book? Nope. Wouldn't even borrow it from the library.