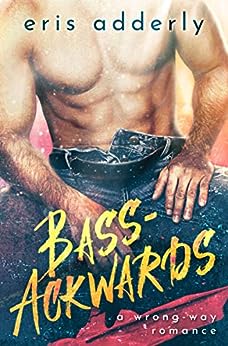 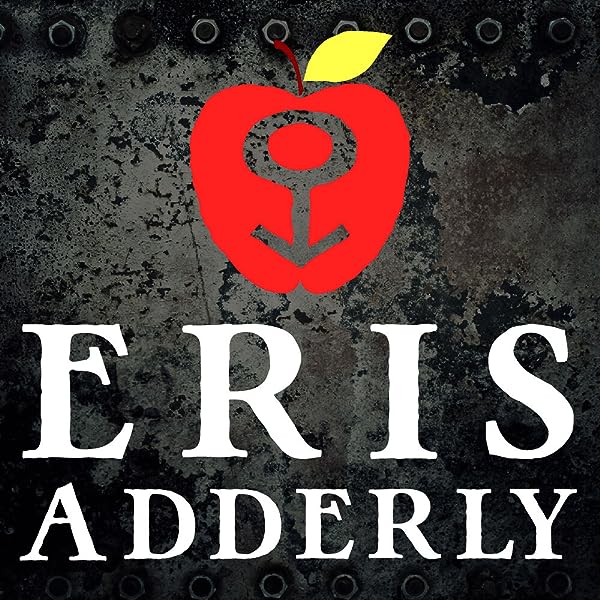 freelunch
5.0 out of 5 stars "the most bass-ackwards courtship she’d ever heard of in her life"
Reviewed in Australia on 6 May 2019
Verified Purchase
I heard of this story when it was published on the web as a serial but never got around to reading it.

After reading (and loving) Eris Adderly's contribution to a recent short fiction anthology I was keen for more so I grabbed this on release day.

It is a great read. Lots of sex, but with sweet relatable characters. And the sex is hot.

I didn't realise when I started it that this is the first book in a series. No cliffhanger here but I'm looking forward to the next one, and to checking out more of Eris' work. Highly recommended.
Read more
Helpful
Report abuse

sharon jones
TOP 500 REVIEWER
4.0 out of 5 stars Bill & Christina
Reviewed in Australia on 10 April 2019
Reviewed on behalf of 3 Degrees of Fiction book blog.
This is my first book by this author, and I really enjoyed it. Bill and Christina are boss and employee. I love to read romance books in this trope. This one is different for me as all the books I have read previously were about super rich bosses. In this book both the main characters are working class and it really did come across as more realistic for me.
The way they got together has been done plenty of times before. It is a tried and true storyline. But this one stood out to me with the secrets both of them were keeping. In the end I thought Bill was keeping the bigger secret.
This is an extremely well written book that really captured my interest from the very beginning. I would definitely read more from Erie in the future
Read more
One person found this helpful
Helpful
Report abuse

Isabella. R
TOP 100 REVIEWER
5.0 out of 5 stars 5 Devil’s Bargain Stars ⭐
Reviewed in Australia on 17 May 2020
Bill Marshall is an horrid and doesn’t shy away from the title. He owns Haul Ash Truck and Trailer Rental in Texas and runs a tight operation. His staff would agree, that apart from being hard working, he gives zero cares about anything else. This would explain why Christina Lee Dodd would make a deal with the devil himself.

Before I proceed, this story is not for everybody. But for the wrongins like myself, it was refreshingly inappropriate. Christina is a young woman who is kind and has a lot on her plate. Namely looking after her grandfather while she barely has the means to look after herself. Finding herself in a bind, asking her boss Bill for a day off is a tall order. Except she never envisioned it would mean trading sex for favors.

I can’t believe he went there. In simplistic terms, Bill saw an opening and went for it. Kind of expecting Christina to kick him in the balls, even he was surprised that she agreed to his terms. And because he was harbouring secret feelings towards Christina, the sexual exchange was far too convenient to ignore.

You can imagine how quickly this escalated. Before she knows it, she is swapping sexual favors for much needed cash and the lines begin to blur. Christina begins enjoying the exchange a little too much and Bill begins drowning under the realisation that he’s seriously messed up. Because when you do things backwards, it is difficult moving forward.

You know when you can’t look away from a train wreck, well that pretty much sums up this story. I laughed, I cringed, and I wanted to throat punch Bill Marshall before I fell in love with him. I never would have imagined. And most importantly, it was scorching hot!!
Read more
Helpful
Report abuse

Emski
5.0 out of 5 stars Hot and sweet
Reviewed in Australia on 5 August 2019
Very sexy enthralling goodness. Bill is an ex cop who doesn’t mince words and he is very alpha and assertive yet underneath he’s got a big old soft spot for Christina
The heat is a ten out of ten and the chemistry between them is awesome.
Read more
Helpful
Report abuse

Jenny
5.0 out of 5 stars Adderly does it Again
Reviewed in Australia on 20 March 2021
I was engaged from the start. This writer has a way with words to describe powerful attraction and romantic action. I loved her main characters: from their first 'nasty' sexual encounter, their minimalist but to the point dialogue and salt of the earth contexts right through to their HEA. The inter textual reference by Christina to the author's pirate novel was another treat on the way. More stories please!
Read more
Helpful
Report abuse
See all reviews

Amazon Customer
5.0 out of 5 stars Not for everyone
Reviewed in the United Kingdom on 19 July 2021
Verified Purchase
I personally love this book. It will probably offend some people the idea of it. I, however thought it was amazing.
Read more
Report abuse

Amazon Customer
5.0 out of 5 stars Great Read, love Bill!
Reviewed in the United Kingdom on 11 February 2021
Verified Purchase
Such a nice read, their relationship, and the journey strings through an emotional rollercoaster but through it all Bills an amazing hottie
Read more
Report abuse

KindleReaderIndia
5.0 out of 5 stars Loved it but...
Reviewed in India on 25 May 2021
Verified Purchase
I loved it but would definitely not recommend it to anyone who has faced sexual harassment at work. In the beginning the way Bill goes about it, it was so inappropriate. He regrets and makes up for it and its a romance so obviously the h loves it and him. Read it as fiction and you will be as happy as me.
Read more
Report abuse

Natasha Shirazi
5.0 out of 5 stars Loved
Reviewed in India on 19 May 2020
Verified Purchase
This book so much, it has a different way to start the romance, the H was nice & he seemed lost yet knew what he wanted.
Read more
Report abuse

M. Shane Peterson
5.0 out of 5 stars "Git yer a** over here, 'cause I got a story to tell you."
Reviewed in the United States on 11 April 2019
Verified Purchase
I first read this novel while serialized over on Literotica. By the time I was done, I was begging for it to be released someday as a full-length novel, and thank you sweet Jesus it finally has.

Listen, this novel is just impossible to describe in words that will do it justice. In the first chapter alone it grabs you by the scruff of the neck and says "Git yer ass over here, 'cause I got a story to tell you." The premise is WILDLY improbable and inappropriate when you first read it, and there’s little doubt most readers (and I was one) will be going “Oh, come on!” But that’s part of the absolute beauty of this story. You'll think you know what is what, even as you roll your eyes. But you won't. You'll be wrong. Ever so subtly, through descriptions and dialogue that ring so mother-blessed true to life, you’ll find yourself pulled into this story. These people solidify and become some of the most fully drawn and real people you’ll read right before your eyes. Where you were groaning and going “Give me a break…” at the beginning you are suddenly nodding your head going, “Yeah, I’ve felt that.” or “Boy, I remember doing something like that back when I was…” This novel takes what should be a godawful set-up and then it hooks itself into you before you’re fully aware, and then it drags your heart, your emotions and—yeah—all those tingly, sexy-feely places all over the map. Eventually you just give up trying to figure out where the author is going to take you next because, honestly, you won't give a damn. You are just so caught up in these two stupid, blind, hilariously wonderful people and the journey they are on together that you’re just glad to be along for the ride. And that’s the thing; this novel is just such an incredibly beautiful journey, and the two main characters are so flawed and yet so relatable that you will alternately want to hug than and then slap them upside the head. By the end of the novel, you simply want to be able to climb out of a pick-up, head to the back porch, and sit a spell while the BBQ is grilling and just talk with them. You’ll want to laugh over a beer and say “Yeah, you two were acting like such damn fools, but you were foolin’ no one but yourselves. We could all see it.” And watch their faces smile, and bask in that, because that’s just how damn good this story is.

Go. If you haven’t already read this novel, just drop what you’re doing and buy it now. You will NOT regret it.

I gua-ran-damn-tee it.
Read more
31 people found this helpful
Report abuse
See all reviews
Back to top
Get to Know Us
Make Money with Us
Let Us Help You
And don't forget:
© 1996-2021, Amazon.com, Inc. or its affiliates