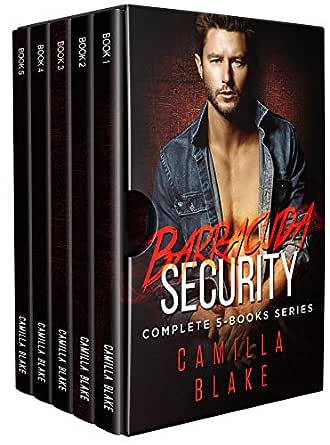 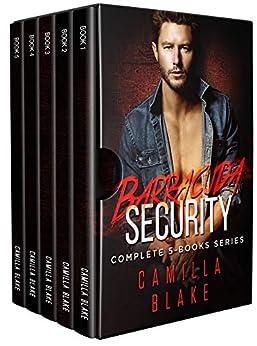 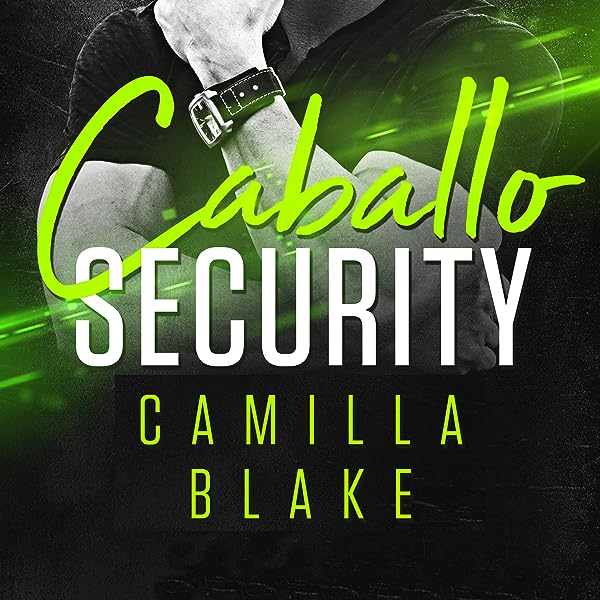 Book One
Maclean Harris is a man who lost everything that mattered and is trying to put his life back together the best that he can. A former cop, he’s recently taken a job with the brand new security firm, Barracuda Security. He’s handed a new case, one that seems simple enough. Keep a lady attorney safe from a potential stalker. But what starts as simple becomes complicated when Maclean meets Rylee.

Rylee Gruffydd is a demanding, high spirited woman who is fiercely protective of what’s hers. When she catches some guy following her around town, she confronts him, demands to know what his deal is. The revelation that her estranged brother believes her to be in danger seems more like a game than anything to be afraid of.

Book Two
There is something about the new accountant that Ayden Vaughn can’t ignore, a certain control disguised by a winning smile. A confirmed bachelor, he’d never known anyone like her. And the fact that she keeps him at arm’s length even after some of the hottest kisses he’s ever experienced just make it that much harder to turn away.

Paxton Morris has made mistakes in her life, some that haunt her every time she looks in the mirror. Everyone thinks they understand her, that they can see right through her, but none of them know her real self. And that’s the way she plans to keep it.

Book Three
General Wayne Crawford has a problem. He suspects someone in his command is stealing information and using it to help homegrown terrorists. He knows he needs to go to his superiors with his suspicions, but he wants strong evidence to back up his claims. For help, he looks up a former student, Kai Gabriel. But the moment he tells his story to Kai, his ordered world suddenly implodes, drawing him into a game he didn’t even know he was playing.

Lili McMahon is Kai’s neighbor, owner of Lili’s Bakery and all the delicious treats that are threatening to turn his six pack into a twelve pack. Lili is also a woman with secrets that hide just beneath the surface. When Wayne Crawford shows up in Walnut Estates, Lili is immediately drawn to him, to the uniform he wears, and the power it represents.

Book Four
Rock Steel was a sniper under Kai Gabriel’s command when he had to make a split second decision to take a child’s life or allow that child to take his commander’s life. Rock made the choice, but paid a stiff price. Rock has spent the years since blaming Kai for his ruined career. Therefore, when a client contacts him and asks that he plant a bomb in Kai’s office, he jumps at the chance to get a little revenge back on his old pal.

Cady Miller is the receptionist at Barracuda Security. She loves her job, but she wants to know what it's like to be an operative, to share in the excitement of the job. Unfortunately, her first assignment proves to be a weak man just looking for attention. She’s quickly bored, and that allows her to become fascinated with a man she’s seen three days in a row go into a nearby bank. She decides to follow him and is shocked when he gets the better of her, pinning her to a wall after she allowed herself to become convinced that he was gone.

Book Five
Kai Gabriel was obsessed with Briar Pierce from the moment he read her beautiful letters. Those letters weren’t addressed to him, but they saved him from a dark depression that had him in its grips just the same. To say he wanted her abusive husband out of the way was an understatement. But did he really resort to murder to make it happen?

Briar Cox Pierce was born into a bad situation that she barely escaped as a teenager. Determined to make it on her own, she fought for everything she achieved in life. All that was turned upside down the day she met Roman Pierce. How could she have known he would give her the greatest gift she’d ever known, but make her pay a horrible price to keep it?

NOTE:This series was previously published as a trilogy. This new version has 2 new books, for a total of 5 books. Enjoy!

Amazon Customer
5.0 out of 5 stars Barracuda security
17 October 2019
Format: Kindle Edition
It was well written and I enjoyed the way it all came together in the end well done, it was beautiful.
Read more
2 people found this helpful
Helpful
Comment Report abuse

hazelnut
4.0 out of 5 stars Barracuda worth it
5 December 2019
Format: Kindle Edition
I have not posted reviews for a while but felt I should encourage writer and reader. This series covers a lot of ground and does a good job of creating a variety of heroes and heroines. It is not without some slow points but overall drew one into want to find out what was going on.
Read more

Dan Baldridge
4.0 out of 5 stars Long evolving story
16 September 2019 - Published on Amazon.com
Format: Kindle EditionVerified Purchase
Long evolving story, but sweet. Good triumphs over evil. Pretty convoluted - a little confusing at times as to who a friend or foe, I think the author involved Cady then hardly mentioned her. I’d like to know of she got her HEA. A nice story, not too much detailed sex, the crimes didn’t get my heart pumping in fear where it was hard to read, you’ll love the stand up guys and girls and you’ll want to stand along side of them. It also brings to light that our service members fight with their lives for our lives, but once home they have to fight the government for the ability to heel.
Read more
5 people found this helpful

Auntie C
4.0 out of 5 stars Enjoy this genre -- and plan to purchase MORE of it
3 December 2019 - Published on Amazon.com
Format: Kindle EditionVerified Purchase
I own about six boxed sets of military and security / detective genre romance fiction. I enjoy the relationships between the men / teams (and some women members too ) -- and how they work as a group for their client.

Of course there is HEA -- but the plot lines are a lot of fun -- and I prefer these in modern romance.

I am a huge fan. I'll be getting MORE of these!! I think I have all that Amazon e-books offers too.

Kindle Customer
5.0 out of 5 stars I really enjoyed these books!
5 December 2019 - Published on Amazon.com
Format: Kindle EditionVerified Purchase
What a great great to get all of these books together. Great for binge reading! I like these characters. What a mix and match group. All have their good points and all have their warts. They managed to pull together to create a family. I began to suspect the villain but not until the last book. Lots of twists. These guys barely caught a break and there was always someone waiting around the next corner! Can't wait for the next set.
Read more

Leslie Menster
5.0 out of 5 stars Barracuda
16 September 2019 - Published on Amazon.com
Format: Kindle EditionVerified Purchase
Had a hard time putting this set down. Awesome stories. It made me wonder if any of this could be true. . Glad the couples got to be together. Would love an updated set that goes thru the next few years. Thank you for this wonderful set
Read more
One person found this helpful

Brenda
5.0 out of 5 stars Terrific Series!
24 October 2019 - Published on Amazon.com
Format: Kindle EditionVerified Purchase
I would definitely recommend these books. The story is very good and believable. I enjoyed each love story within the dramatic story. I am glad that the good guys won, because I totally support all of our veterans and the men still serving. I would like to believe that there are more good people than bad and this story nailed that theory. Happy ending....love that!
Read more
Go to Amazon.com to see all 63 reviews 4.8 out of 5 stars
Get FREE delivery with Amazon Prime
Prime members enjoy FREE Delivery and exclusive access to movies, TV shows, music, Kindle e-books, Twitch Prime, and more.
> Get Started
Back to top
Get to Know Us
Make Money with Us
Let Us Help You
And don't forget:
© 1996-2020, Amazon.com, Inc. or its affiliates