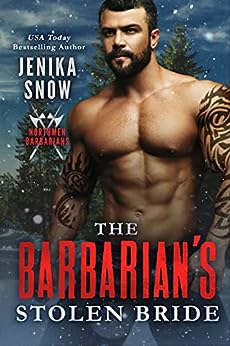 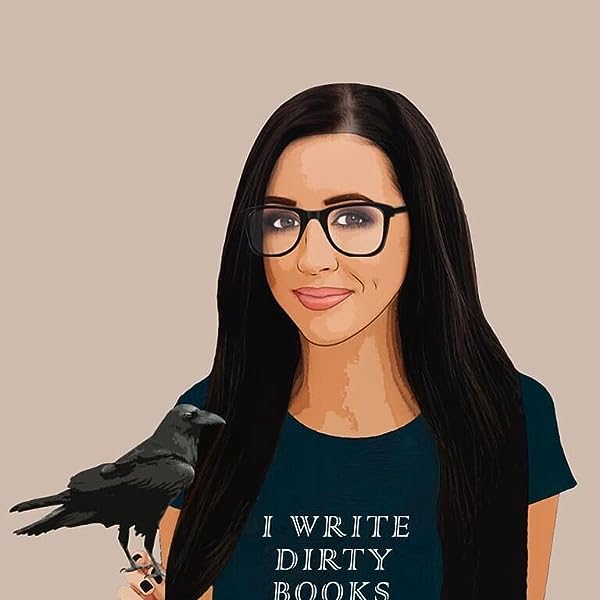 4.4 out of 5 stars
4.4 out of 5
82 global ratings
How are ratings calculated?
To calculate the overall star rating and percentage breakdown by star, we don’t use a simple average. Instead, our system considers things like how recent a review is and if the reviewer bought the item on Amazon. It also analyses reviews to verify trustworthiness.

Claypot2850
TOP 100 REVIEWER
5.0 out of 5 stars Absolutely loved this one
Reviewed in Australia on 19 May 2021
Verified Purchase
This was such a great read. I have a soft spot for a grumpy Viking whose heart gets captured by the sweet village maiden. Happy sigh...
Read more
Helpful
Report abuse
See all reviews

N McKinney
3.0 out of 5 stars Good But
Reviewed in the United States on 31 May 2021
Verified Purchase
I enjoyed the story about Fenrir and Prima, but I thought it was a little longer than it should have been. I liked the fact that after he brought her to his castle, he didn't try to have sex with her right away but respected the fact that he caused a major upheaval in her life and wanted her to have time to get used to her new life. Plus he knew she was a virgin and wanted her to get to know him. The sex was hot when they finally got together. In fact, as it turns out, she was apprehensive around him at first but became attracted to him fairly quickly after she saw how he treated the people around him.

There was one thing I could have used more info on, that was their ages. Fenrir first saw Prima when she was 10 and determined at that time that she would be his wife. He proceeded to take care of her through her guardian (parents were dead) until she was old enough to claim. What age was she and how old was he? Oh, another thing, he was a Viking and from the description of the castle and his bedroom, I'm assuming this was back somewhere in the 1100s (I'm not sure of the time period for the Vikings but I know it was a long time ago). Taking this into consideration, sometimes the words Fenrir says doesn't sound like words that would've been spoken back then. In fact, they sounded rather modern. For example, Fenrir saying the f-bomb quite a lot. Pretty sure that word wasn't around in that time period. That being said, it was a good story.

Sydney M Neblett
5.0 out of 5 stars The lady who would be queen
Reviewed in the United States on 17 May 2021
Verified Purchase
This book is full of so much passion, so much intensity, and a romance that knows no limits. I love that this big, strong alpha male is a complete softy when it comes to the woman who will be his queen. She takes more than a little convincing, but that just makes the story that much better. I love how the author drew me and then turned up the heat to keep me enthralled until the very last page. This is a fantastic read and I can’t wait to see what happens next!
Read more
3 people found this helpful
Report abuse

GreenJeepMom
5.0 out of 5 stars Oh goodness!
Reviewed in the United States on 22 May 2021
Verified Purchase
I had to give this a full 5 stars! This story had me from the very first page! I loved how Fenrir was a fierce warrior king, but loved Prima so completely.
This was such a great start to this new series!
Read more
3 people found this helpful
Report abuse

Kathy S Malin
5.0 out of 5 stars Woohoo
Reviewed in the United States on 18 May 2021
Verified Purchase
I can’t even begin to describe how much I loved this book. It was a wonderful ride through this Barbarian landscape. Oh my goodness I love Fen and Prima together as a couple but of my goodness Fen himself....he was magnificent. The barbaric facade with the gooey sweet romantic inside. Loved this book.
Read more
One person found this helpful
Report abuse

Redfaeryrose
5.0 out of 5 stars Barbarian’s wife
Reviewed in the United States on 21 May 2021
Verified Purchase
A stolen bride but a gentle claiming. He was clearly besotted and deeply in love with his wife and she him.
Read more
2 people found this helpful
Report abuse
See all reviews
Back to top
Get to Know Us
Make Money with Us
Let Us Help You
And don't forget:
© 1996-2021, Amazon.com, Inc. or its affiliates