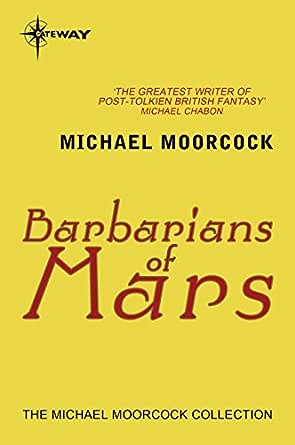 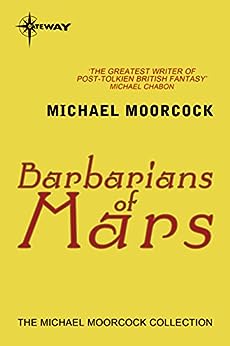 Michael Moorcock's Eternal Champion returns in the form of Michael Kane, a brilliant Earthman stranded on the treacherous deserts of Ancient Mars! In this sweeping, epic sword-and-planet adventure in the tradition of Edgar Rice Burroughs, Kane and his blue giant companion Hool Haji must travel to the far reaches of the Red Planet to halt the hideous Green Death, an unstoppable disease that rots the mind as well as the body. From gorgeous Karnala, City of Green Mists, to the empty streets of tainted Cend-Amrid to the forgotten weird-science laboratories of the lost, highly advanced Yaksha culture, Masters of the Pit promises stunning locales, disgusting Martian creatures, and relentless action from the Nebula and World Fantasy Award-winning creator of Elric of Melniboné!

Michael Moorcock (1939-)Michael Moorcock is one of the most important figures in British SF and Fantasy literature. The author of many literary novels and stories in practically every genre, his novels have won and been shortlisted for numerous awards including the Hugo, Nebula, World Fantasy, Whitbread and Guardian Fiction Prize. In 1999, he was given the World Fantasy Life Achievement Award; in 2001, he was inducted into the SF Hall of Fame; and in 2007, he was named a SFWA Grandmaster. Michael Moorcock is also a musician who has performed since the seventies with his own band, the Deep Fix; and, as a member of the prog rock band, Hawkwind, won a gold disc. His tenure as editor of New Worlds magazine in the sixties and seventies is seen as the high watermark of SF editorship in the UK, and was crucial in the development of the SF New Wave. Michael Moorcock's literary creations include Hawkmoon, Corum, Von Bek, Jerry Cornelius and, of course, his most famous character, Elric. He has been compared to, among others, Balzac, Dumas, Dickens, James Joyce, Ian Fleming, J.R.R. Tolkien and Robert E. Howard. Although born in London, he now splits his time between homes in Texas and Paris.
click to open popover