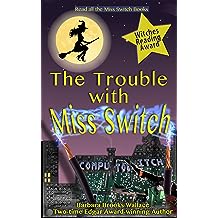 The Trouble With Miss Switch 06/03/2013
by Barbara Brooks Wallace
( 7 )
$3.99
What: Eyes
Kind: Crackling
Whose: Hers
Performance: See clearly from back of head
How Tested: No known way to prove scientifically

These are the notes made by Rupert P. Brown, a going-on-eleven-year-old budding scientist, when he suspects his fifth grade teacher at Pepperdine Elementary School is a witch. Turns out Miss Switch IS a witch, and she’s in big trouble, condemned by the wicked Saturna via her idiotic Computowitch to perform some original witchcraft or be forced to sweep Witch’s Mountain for 150 years. Miss Switch seeks Rupert’s help. Can the great scientist and friend Amelia Daley knock the socks off the Computowitch and the Witch’s Council . . . and win a reprieve for Miss Switch, their favorite teacher of all time?
“Witchcraft of the real no-fooling, flying broomsticks and talking cats variety!” ABC Press
Read more
Other Formats:: Audible Audiobook , Paperback
includes tax, if applicable 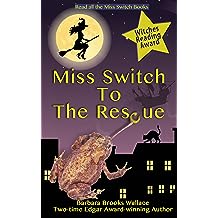 Miss Switch To The Rescue 07/03/2013
by Barbara Brooks Wallace
( 4 )
$3.12
When Rupert P. Brown saves Miss Switch, the witch who doubles as the most popular fifth-grade teacher ever at Pepperdine Elementary School, by wrecking wicked Saturna’s nutty Computowitch, who could know that he would become Saturna’s archenemy and on her hit list forever? And who could have guessed that her wickedness would get Rupert’s best friend, Amelia Daley, kidnapped by the scary warlock, Mordo, whose specialty is turning just about everyone in his path into toads?
Would Amelia become one, as well as others of Rupert’s Pepperdine Elementary School classmates? Could Rupert discover this all was happening in the seventeenth century and get there in time to rescue them? Enter Miss Switch to the rescue!
“Wallace’s fast, suspenseful, funny sequel with escapades dashingly described by Rupert, right up to the daffy end.” Publisher’s Weekly
Read more
Other Formats:: Audible Audiobook , Paperback
includes tax, if applicable 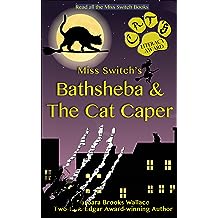 Miss Switch's Bathsheba & The Cat Caper 05/03/2013
by Barbara Brooks Wallace
( 3 )
$1.03
What: Cat, name of Bathsheba
Kind: Black
Whose: Miss Switch’s
Performance: Flies broomstick on her own, narrowly escaping the wicked witch, Saturna
How tested: No known way to prove scientifically

Or tested any other way as it turns up. This note is only what might have been, but was actually never written by Rupert B. Brown, ace Pepperdine Elementary School scientist as he did all his others, because he never saw Bathsheba flying a broomstick alone. Nor, for that matter did her owner, Miss Switch, the witch who happens to be also the most popular fifth and sixth-grade teacher ever at Pepperdine. No, this was a totally private Bathsheba enterprise. The only ones who knew about it were the two sad characters from the Oz books Bathsheba had come to help. Bathsheba’s lips are sealed as to the special broomstick-flying incantations, and only those who happen to come upon this report know that it even happened. She hopes and trusts that you will keep your lips sealed about this whole affair!
Read more
Other Formats:: Paperback
includes tax, if applicable 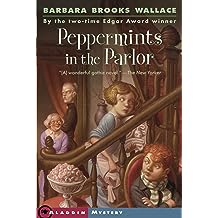 Peppermints in the Parlor 15/11/2011
by Barbara Brooks Wallace
( 62 )
$5.99
Emily Luccock is looking forward to living at Sugar Hill Hall....She remembers her aunt and uncle's grand old mansion well, with its enormous, elegant parlor, marble fireplace, and white china cups filled with hot chocolate. But this time things are different. Her aunt's once bright and lively home is now dead with silence. Evil lurks in every corner, and the dark, shadowed walls watch and whisper late at night. And no one ever speaks.
Everything's changed at Sugar Hill Hall, and Emily knows something awful is happening there. What's become of Uncle Twice? Why is Aunt Twice a prisoner in her own home? Emily is desperate to uncover the truth. Time is running out, and she must find a way to save the people and home she cares so much about.
Read more
Other Formats:: Paperback
includes tax, if applicable 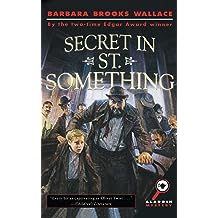 Secret in St. Something 30/06/2008
by Barbara Brooks Wallace, Richard Williams
( 2 )
$8.99
One flight up the narrow, steep stairs, Robin finds himself swallowed up by the darkness, terrified and hating the thought of the misery and fear his knock will bring to the wretched families who huddle behind every door in the building.

Thus begins the story set in a grim tenement district of New York City before the turn of the twentieth century. It is there that Robin, once protected by a loving mother and father, both now dead, must contend with a brutal stepfather, Hawker Doak. Yet Robin is faced with only two choices: remain in the ruthless charge of Hawker, collecting the hated rents, and, perhaps worse, being sent to work in a factory or escape into the treacherous slum streets, haunted by, among other horrors, the bullying boys who work and live in the streets, and whom Robin so fears. Either choice provides a sure recipe for a very short life. But in the end it is fear for the life of his baby brother that makes Robin's agonizing decision for him. The answer to whether or not they survive will only be found when Robin discovers the secret guarded by a place called St. Something.

Within this true picture of tenement life, Barbara Brooks Wallace has created another chilling mystery that starts with one kind of terror, only to weave its way into yet another, deepened by intrigue and unspeakable treachery.
Read more
Other Formats:: Hardcover , Paperback
includes tax, if applicable
Back to top
Get to Know Us
Make Money with Us
Let Us Help You
And don't forget:
© 1996-2021, Amazon.com, Inc. or its affiliates