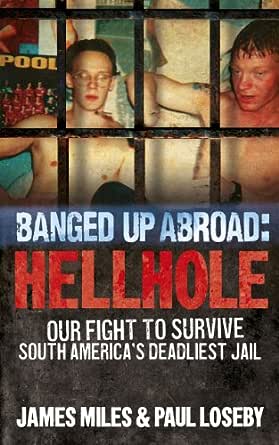 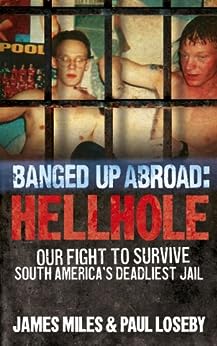 "Gripping and shocking read." (The Sun)

greg warton
4.0 out of 5 stars Awesaome
26 July 2018
Format: Kindle EditionVerified Purchase
An exceLLent read.a real eye openener and malesmyou feel like you are actually there it chilled me to the bone at times
Read more
Helpful
Comment Report abuse
See all 1 customer reviews
Write a customer review

James Kerr
4.0 out of 5 stars Interesting
6 May 2013 - Published on Amazon.com
Verified Purchase
This isn't a literary memoir. It's written in a very simple , direct way that comes off as the authentic voice of the authors . I found it very interesting .
Read more
One person found this helpful

Wazza M
4.0 out of 5 stars Banged Up is Bang on
14 November 2013 - Published on Amazon.com
Format: Kindle EditionVerified Purchase
A fast moving pace and no punches pulled - a good book to read if you ever consider carrying or using in Venezuela - the women are beautiful but the prisons are not.
Read more

maryj
5.0 out of 5 stars Heart breaking story
2 July 2013 - Published on Amazon.com
Format: Kindle EditionVerified Purchase
This is a very sad story but true heart breaking stuff but really happens in places like that well worth a read it would make think really hard they should let all teenager's read this book
Read more

TerriHoll
2.0 out of 5 stars HELLHOLE
30 October 2012 - Published on Amazon.com
Format: Kindle EditionVerified Purchase
I FOUND THE BOOK TO BE CHILDISH AND MOST OF THE TIME I DID NOT WANT TO FINISH. SKIPPED A FEW PAGES HERE AND THERE.
Read more
One person found this helpful
Go to Amazon.com to see all 8 reviews 3.9 out of 5 stars
Get FREE delivery with Amazon Prime
Prime members enjoy FREE Delivery and exclusive access to movies, TV shows, music, Kindle e-books, Twitch Prime, and more.
> Get Started
Back to top
Get to Know Us
Make Money with Us
Let Us Help You
And don't forget:
© 1996-2020, Amazon.com, Inc. or its affiliates