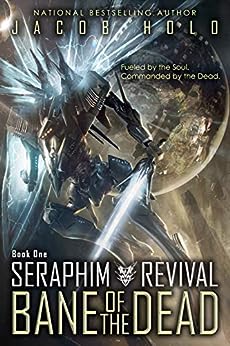 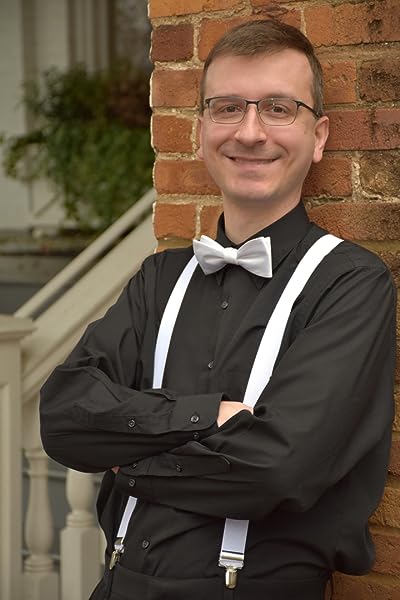 4.2 out of 5 stars
4.2 out of 5
53 global ratings
How are ratings calculated?
To calculate the overall star rating and percentage breakdown by star, we don’t use a simple average. Instead, our system considers things like how recent a review is and if the reviewer bought the item on Amazon. It also analyses reviews to verify trustworthiness.

Terry Masson
4.0 out of 5 stars Quite enjoyable
Reviewed in Australia on 3 July 2019
Verified Purchase
I had just finished reading Mecha Samurai Empire and was looking for more giant robot fiction, and was not disappointed. Bane of the Dead packs a lot of action into an interesting setting, and was a good read. I'm looking forward to reading the rest of the series.
Read more
Helpful
Report abuse

Shayne
1.0 out of 5 stars Not engaging.
Reviewed in Australia on 28 June 2021
Verified Purchase
Struggled to finish the first chapter. Did not grab me at all. I’m a huge Gundam fan, so guess I’m the target audience.
Read more
Helpful
Report abuse
See all reviews

Kindle Customer
5.0 out of 5 stars A read majority of those who like Mecha anime will love
Reviewed in the United Kingdom on 28 December 2019
Verified Purchase
Certainly completely entertaining and keeps you hooked from the get go. The way the battles are described is also very enjoyable.
Read more
Report abuse

Cedarlila
4.0 out of 5 stars All about the action
Reviewed in the United States on 11 July 2015
Verified Purchase
The basic premise of the book is that Earth is only one of many, many worlds 'seeded' by an alien race which originated in another dimension. Eleven beings - no, twelve - were exiled because they had created the twelfth. The twelfth was the creature called Bane. Holo does an excellent job of beginning the book with action, threading his world-building in and around that action and slowly unfolding it.

bane of the deadBane of the Dead is pure Space Opera. Discard all your puny notions of the laws of physics, and just enjoy the almost cinematic descriptions of machines and men melded into seraphim, the protectors of humanity and their titanic clashes with the ironically bureaucratic Fallen. In a universe where not one, but two 'spare' planets have been set into orbit around Earth (and one leaves abruptly) without any mention of that mass affecting the Earth, it is not a surprise to learn of mental powers that can extend to... but that's a spoiler.

This isn't a story about the characters, who remain elusively aloof from the reader. Although they are well-enough described, I was never quite able to connect with them emotionally. The dialogue is lacking flavor, but that's not why you read books like this. This one is a fun tour de force of chaos sword battles, hand-to-hand Mecha combat, and the dead world hiding terrible secrets at the center of it all. If you enjoyed Saberhagen's Berserker series, this may appeal to you.

Joshua Young
4.0 out of 5 stars Not perfect, but fun.
Reviewed in the United States on 28 March 2021
Verified Purchase
The pitch was a “shut up and take my money” one: soul fueled mechs, space opera, dead rulers still ruling. Everything that’s been promised is here, but it doesn’t quite stick the landing. There are a lot of moments where I sat back and thought, man, I wish this had been the reveal at the end of a novel. (For example, the reveal about the construction of the seraphs.) So it lacked punch for me in a lot of places.

That having been said, I came here hoping for an anime-style, absurd mech story, and that’s what I got. I enjoyed it, despite the flaws, and I’ll be picking up the next book. 3.5 stars in my book, rounded up to 4.
Read more
Report abuse

MJ Kim
4.0 out of 5 stars Great and entirely welcome mecha novel
Reviewed in the United States on 15 August 2016
Verified Purchase
I first learned of this novel when it popped up on my smartphone's Kindle as a recommended book. It immediately piqued my interest because I love mecha like Gundam or Macross but I have run into a literal handful of good books about this subject. Makes sense, I suppose, because it's not that popular a genre.
Anyways, this novel feels like what a novelization of a mecha show would read like. The action is simple, nothing complicated, but grabs your attention and holds it. The story flows well enough, although the characters are also simple (not good!) and the plot twists are rather predictable. But if you're not too exacting on the hardness of science in-universe, this will be a fun and light read. Ha, if you had any idea what this novel was about before reading it, you won't be expecting hard science at all. Just think you're reading instead of watching Star Wars or Star Trek, suspend your disbelief for half a day, and dive in!
There's virtually no description of the science behind technology, not even technobabble. Almost as little description of history or culture. On the one hand, I think this is good because the reader isn't treated to massive infodumps. Everything is mentioned in passing as if describing the action to someone in-universe who is already expected to know the details, and this doesn't really get in the way of immersing yourself into the story. You can just focus on the action.
On the other hand, I was left confused as to what was going on and how these things worked out. Aside from the action, the world it takes place in is so scantily described. You're not even told what year this is on Earth. Is it the 22nd century? The 23rd? Maybe the 34th? It's impossible to know, and nobody actually visits Earth, either. The only Earthling character of merit is a doofus (outside of his mecha) which allows the author to give some background story in the form of stories told to the Earthlings who don't know any more than the reader does. More focus on the Earthlings and what Earth is doing nowadays would have been nice. As it was, I felt the author could have removed Earth from the story entirely and it would still have been a great story.
Read more
Report abuse
See all reviews
Back to top
Get to Know Us
Make Money with Us
Let Us Help You
And don't forget:
© 1996-2021, Amazon.com, Inc. or its affiliates