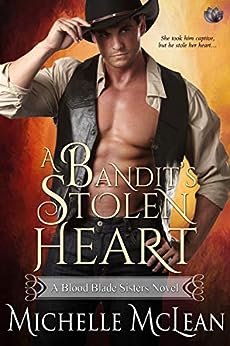 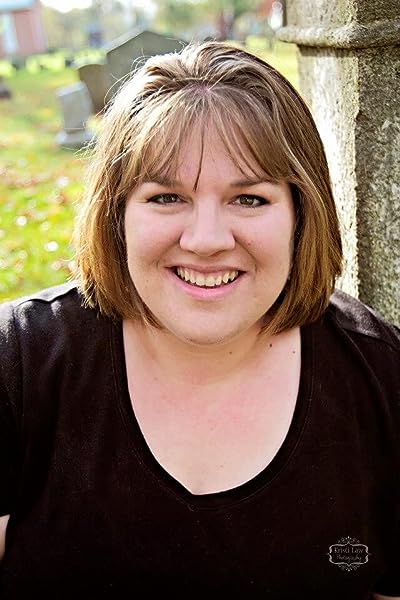 Michelle McLean is the author of the MacGregor Lairds series, the Blood Blade Sisters series, and several stand-alone novels, including Romancing the Rumrunner. She holds a BS in history, an MA in English, and loves her romances with a little heat, a lot of humor, and always a happily ever after. When Michelle's not editing, reading, or chasing her kids around, she can usually be found in a quiet corner working on her next book. She resides in Pennsylvania with her husband and two children, an insanely hyper dog, and two very spoiled cats. She also writes contemporary romance as USA Today bestselling author Kira Archer. --This text refers to the audioCD edition.

Kindle Customer
4.0 out of 5 stars Leo and Pruscilka
Reviewed in the United States on 26 April 2021
Verified Purchase
Well written and good characters. Leo comes looking for his brother Jake and Blood Blade whiLe I suspects might know sharpened to his brother. when he finds that Cilla us blood blade he starts to think that possibly she had something to do with his disappearance. But as time goes by they find out that her step brother is behind all the murders and his brother Jake. Great chapters and Villa and Leo get their HEA . Would highly recommend.
Read more
Report abuse

Angie
4.0 out of 5 stars A Bandit's Stolen Heart
Reviewed in the United States on 6 September 2014
Verified Purchase
I am now convinced that Western Romances are indeed my thing. At least Historical ones like A Bandit's Stolen Heart. The small California town of Bethany Ridge is failing thanks to the awful sheriff. If it weren't for the masked bandit, Blood Blade, most of the townsfolk would be starving. But what they don't know is that Blood Blade is really Cilla Richardson, and her younger sister Lucy is her accomplice. The girls are like Robin Hood in a sense, where they only steal back what has already been stolen, and return the items to their rightful owners. They also do raids for supplies, but make sure to never hurt anyone. Cilla can't just sit back and watch her friends and neighbors crumble, especially when it's her half-brothers fault.

A Bandit's Stolen Heart was so much fun! I loved reading about bandits and unlawful sheriffs! And a train heist! And gold! Cilla and Lucy were going about their latest job when they meet Leo, who was driving the wagon they were robbing. They take him back to their ranch, where they learn that he's the brother of their older sister's husband who has disappeared. Leo came to town hoping that Blood Blade could help him, but instead he winds up helping the Richardson sisters keep their house. In order for the house to stay in their possession, Brynne must be married, but her husband is nowhere to be found. Otherwise, their bastard (literally and figuratively) brother gets the house and the ranch. Leo can't let that happen, and agrees to marry Brynne while Cilla helps him track down his brother.

Of course, a romance has to blossom between Cilla and Leo and it's a big mess! They have feelings for each other, but they can't act on it because he's suppose to be married to her sister. Cilla is convinced that Brynne's husband is not coming back, so she'll need Leo for protection, even though they were hoping the marriage would be a temporary ruse. So much tension! They're both willing to give up their happiness for what's best for Brynne and her baby, but aahhh! KISS ALREADY! I was definitely invested.

The plot of A Bandit's Stolen Heart was also great. Cilla is determined to take down her brother and save her town, which is not an easy task. Frank is seriously horrible! He continuously raises taxes to pay for his goons, who are suppose to protect the people but are the ones harassing them in the first place. He's also willing to murder to frame Blood Blade who's undermining his authority. Of course he doesn't know the bandit is his sister, but it's not like he'd care anyway. He is just downright nasty and I was cheering so hard for Cilla to expose him! Lots of excitement!

I really enjoyed A Bandit's Stolen Heart. There wasn't as much romance as I was hoping for, but the dangerous plot more than made up for it! I'll definitely need to read more books set in the Wild West!
Read more
2 people found this helpful
Report abuse

Amazon Customer
5.0 out of 5 stars What a wild ride!
Reviewed in the United States on 20 April 2013
Verified Purchase
I loved this book! Once I started reading I could not put it down. This book had everything that a western movie or book lover would want. A ranch in jeopardy, an evil sheriff and his henchmen, townsfolk who lived in fear. But the most important part of the book were the three sisters. You felt their desperation and strength of character in every word or action. The hero, Leo, was just the right mix of strength and sensitivity. In each chapter the stakes are raised until you just have to finish the book. I look forward to the next book in the Blood Blade Sisters Trilogy. Bravo, Ms. McLean.
Read more
Report abuse

Just a Girl
4.0 out of 5 stars Four Stars
Reviewed in the United States on 28 February 2017
Verified Purchase
This book was really good. I enjoyed it a lot.
Read more
Report abuse
See all reviews
Back to top
Get to Know Us
Make Money with Us
Let Us Help You
And don't forget:
© 1996-2021, Amazon.com, Inc. or its affiliates