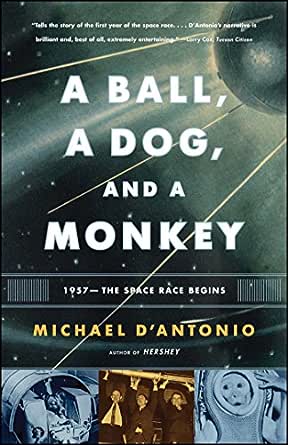 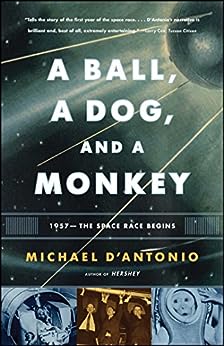 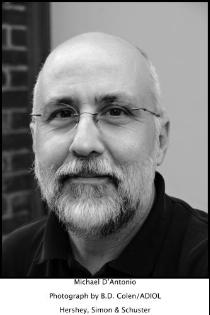 "Recovers for a new generation the thrill of a pioneer quest and the spirit of an age that already seems like ancient history." ---Kirkus --This text refers to an out of print or unavailable edition of this title.

Pulitzer Prize-winning writer Michael D'Antonio captures the wackiness of the first year of the space race as the Americans scrambled desperately to match the Soviets and President Eisenhower intervened to guarantee that the space program would not be run by the military. --This text refers to an alternate kindle_edition edition.

Michael D'Antonio is a Pulitzer Prize-winning journalist.
Alan Sklar is the winner of several "AudioFile" Earphones Awards and a multiple finalist for the APA's prestigious Audie Award. Named a Best Voice of 2009 by "AudioFile" magazine, his work has twice earned him a Booklist Editors' Choice Award, a "Publishers Weekly" Listen-Up Award, and Audiobook of the Year by "ForeWord" magazine. --This text refers to an out of print or unavailable edition of this title.
Read more
click to open popover

Y. Juhani Westman
4.0 out of 5 stars Those were the days!
Reviewed in the United States on 9 December 2007
Verified Purchase
So now it had begun. The conquest of space, for which the prophets, Tsiolkovskij, Oberth, von Braun, Clarke, Gatland, Ley, Gartmann, Burgess and others had argued so long and so eloquently. Of course it was slightly disturbing that the Soviets were the first, after all, we had been waiting for Vanguard for a couple of years now. Floods of words have inundated the sea of printed pages since then. One might wonder what new there would be to be found in yet another book on the beginning of the Space Race.
Well, for anyone who lived through those years,it's nice to remember, and to partake of the reflections of others on those times. For those, the majority of readers, to whom all this is ancient history, it will be an illumination of the sentiments of a bygone age. It was really an quaint and different age, with different values, most of which we, tankfully, have left behind, an age that should stay bygone, and good riddance. Mr D'Antonio presents the actual events, as they happened, well, most of that is to be found elsewhere. Much of the reminiscenses also have been published before. So what then? There is, of course the possibility of aquiring all those books and articles, if you have the inclination, the means to do so - and the shelf room to accomodate it all. Here you have a representative digest of all that stuff, spiced with interwiews by the author, not to be found elsewhere, in all comprising a synthesis you won't find anywhere else. Interspaced with the luminaries and main actors of the drama we meet those so-called "ordinary" - more often than not not-so-ordinary - people, whose lifes were touched by all the strange things going on.
Sadly, we miss those stories that are still awaiting to be uncovered on the Soviet side, and the general world-picture is typically North American bipolar: US and "them others", i.e. people living beyond the sea. Still, it's a good read, you can feel the suspence, the dissappointment and the feeling of triumph, even though your own memories, or the history books, have given away the punch-lines of the story. I had to pause for sleep but got myself a scalding for bringing the book to table. It was all worth it.

Amazon Customer
3.0 out of 5 stars Being and engineer during the time this book speaks of ...
Reviewed in the United States on 2 January 2017
Verified Purchase
Being and engineer at the Cape during the time this book speaks of it's not all that accurate. In fact my name is mentioned in the book but it list me as being from one city in fact I was from another.
Read more
Helpful
Sending feedback...
Thank you for your feedback.
Sorry, we failed to record your vote. Please try again
Report abuse

Mark S. Koslosky
5.0 out of 5 stars Good book
Reviewed in the United States on 15 October 2010
Verified Purchase
I loved this book. Tells the story of the early days of the space race. Fantastic.
Read more
Helpful
Sending feedback...
Thank you for your feedback.
Sorry, we failed to record your vote. Please try again
Report abuse

Michelleaz
4.0 out of 5 stars excellent historical read
Reviewed in the United States on 10 March 2014
Verified Purchase
I found the book to be historically accurate as well as unbiased in a political sense. Entertaining from beginning to end for a history buff like me.
Read more
Helpful
Sending feedback...
Thank you for your feedback.
Sorry, we failed to record your vote. Please try again
Report abuse

Linda Mcintyre
2.0 out of 5 stars Not for Kids
Reviewed in the United States on 13 October 2009
Verified Purchase
Sorry - this book came up on a list for young readers, and it isn't. it has a great deal of information, but it was grouped with books that I had searched for 9 year olds - NOT.
Read more
Helpful
Sending feedback...
Thank you for your feedback.
Sorry, we failed to record your vote. Please try again
Report abuse