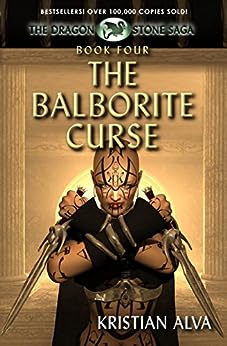 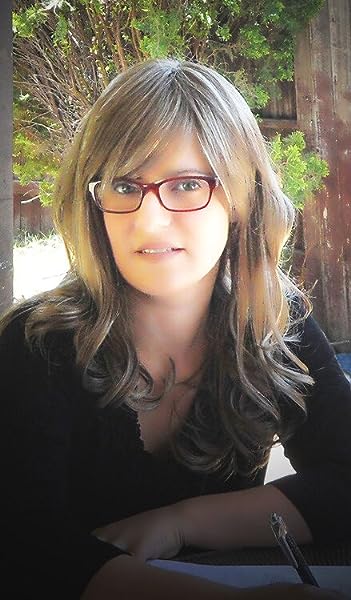 Kristian Alva was born into a family of writers and teachers. She worked as a staff writer and a ghostwriter before publishing her own manuscripts. She now writes young adult and middle-grade fantasy full-time. She currently lives in California with her husband and sons. When she's not writing, she enjoys reading all genres, especially epic fantasy. --This text refers to the paperback edition.

4.4 out of 5 stars
4.4 out of 5
168 global ratings
How are ratings calculated?
To calculate the overall star rating and percentage breakdown by star, we don’t use a simple average. Instead, our system considers things like how recent a review is and if the reviewer bought the item on Amazon. It also analyses reviews to verify trustworthiness.

Laurie R
TOP 1000 REVIEWER
5.0 out of 5 stars Conniving, undermining and full on fighting
Reviewed in Australia on 17 January 2017
Verified Purchase
Dramatic, sneaky, cruel, kind, secrets revealed, hatred rears its ugly head and goodness keeps rising higher - mostly. Exciting tensions on many fronts including infighting on both sides of the conflict. The fate of the dragons still hangs on the edge. Easy to read enthralling fantasy featuring stoic and flamboyant characters large as life in a captivating plot.
Read more
Helpful
Report abuse

Eileen Shanahan
5.0 out of 5 stars Five Stars
Reviewed in Australia on 11 May 2016
Verified Purchase
A good read once you start its hard to stop.
Read more
Helpful
Report abuse

Kindle Customer
5.0 out of 5 stars Inventive
Reviewed in Australia on 17 August 2016
Verified Purchase
Loved it
I could no put the book down once I started to read it. Looking forward to tv he next book
Read more
Helpful
Report abuse

Audio Panda Blog
4.0 out of 5 stars Shaking up the Saga
Reviewed in the United Kingdom on 19 May 2015
Verified Purchase
The Balborite's Curse

Tallin Arai must flea for his life and leave everything behind when he discovers there's a bounty on his head. If it's the Balborites, a sadistic religious cult and assassins, as he suspect, he is a deadman. Despite this, he takes up a mission to unite the dwarf clans before a civil war can consume them and find out wants his head.

I felt going into this book unfairly. Having followed Elias' story for so long, becoming invested in his development as a person and his safety, this change is a bit of a shock but continues the Dragon Stone Saga well, opening the Tallin Trilogy. This this new series are new exciting and brave characters to follow.

The Balborites are a strange and frightful fanatic cult, which I assume mimics extremism in the real world, using these cruel assassins to explore prejudice and hate as well as uniting to defeat it.

As well as shifting lead characters, we find a shift in setting as we go to the Kingdom of the Dwarves. The Dwarves are interesting as you become quite immersed in their politics and feuds. Needless to say, it will not be an easy task uniting them. It will take more than diplomacy and nice words to bring them under one cause, an evil which is beyond their petty bickering and will shape there history entirely.

Though it has big shoes to fill, the Balborite's Curse shows immense promise and I look forward to following the saga further through Tallin's prospective but, more importantly, I just don't want it to end.
Read more
Report abuse

Esk
5.0 out of 5 stars Great continuation, love where the story is going!
Reviewed in the United Kingdom on 21 December 2016
Verified Purchase
Difficult to know what to praise first, the way the world of the dragon stone saga is being built up in this wonderfully natural way or the way the story is maturing. Similar to how the Harry Potter series grows up with the reader it feels like this series may be going the same way, in this book the battle based action of the first books is replaced with more political intrigue and stealthy one on one fights that are a joy to read.
As always the book is almost addictive, using cliffhangers masterfully. I'm off to read book 5 right away!
Read more
Report abuse

Gareth Johnson
5.0 out of 5 stars The saga continues!
Reviewed in the United Kingdom on 25 October 2014
Verified Purchase
The Balborite Curse is the fourth book in the Dragon Stone saga from Kristian Alva, and it begins the next trilogy of books which are grouped together as The Tallin Trilogy, jumping the timeline a bit further into the future but still staying sequential and easy to follow. This is young adult fiction at its best - creating a fantasy world that is exciting and intriguing. Many of the elements here are familiar from other fantasy classics that we know and love - dragons, necromancers, magic, dwarves, elves, and swords that possess mystical abilities - but Alva continues to bring a freshness to her writing that makes these stories engaging.
Read more
Report abuse

Bev Butler
5.0 out of 5 stars Fabuolous. A must read series. :0)
Reviewed in the United Kingdom on 6 March 2017
Verified Purchase
I had to buy books 4,5 & 6 in this series.
I am really enjoying this world with these characters.
I am really pleased I chose this series to be the first stories I have read on my kindle.
I am half way at present through book six and already look forward to books 7, 8 & 9 when they are available.
Thank you Kristian A!va
Read more
One person found this helpful
Report abuse
See all reviews
Back to top
Get to Know Us
Make Money with Us
Let Us Help You
And don't forget:
© 1996-2021, Amazon.com, Inc. or its affiliates