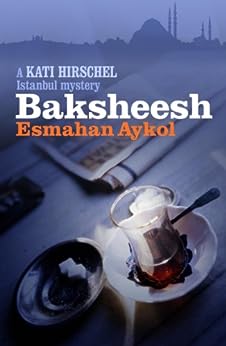 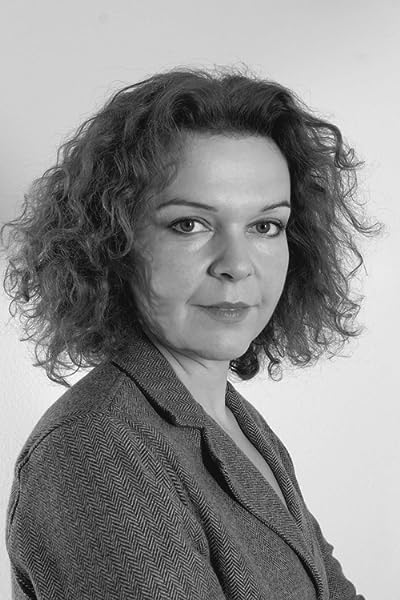 by Esmahan Aykol (Author), Ruth Whitehouse (Translator) Format: Kindle Edition
See all formats and editions
Sorry, there was a problem loading this page. Try again.
Praise for the first Kati Hirschel Istanbul mystery:
"The heroine is an offbeat amateur sleuth with a distinctive narrative voice. Fans of such female detectives as Amanda Cross's Kate Fansler and Kerry Greenwood's Phryne Fisher will find a lot to like."—Publishers Weekly

Kati Hirschel, the owner of Istanbul's only mystery book store, is fed up. It all started when her lover Selim insisted that she behave like the Turkish wife of a respectable lawyer. Looking demure and making witty small talk were the only requirements. Then her landlord announced an outrageous rent increase on her Istanbul apartment.

She has no desire to move in with Selim. She'd rather learn the art of bribing government officials in order to find a new place. Kati is offered a large apartment with a view over the Bosphorus at a bargain price. Too good to be true until a man is found murdered there and she becomes the police's prime suspect. In her second novel Esmahan Aykol takes us to the alleys and boulevards of cosmopolitan Istanbul, to posh villas and seedy basement flats, to the property agents and lawyers, to Islamist leaders and city officials—in fact everywhere that baksheesh helps move things along.

Esmahan Aykol was born in 1970 in Edirne, Turkey. She lives in Istanbul and Berlin. She has written three Kati Hirschel novels. Baksheesh is the second and has been published in Turkish, German, French, and Italian. The first, Hotel Bosphorus, was published by Bitter Lemon Press in 2011.

'Author Aykol is adept not only at creating fascinating characters, but also at bringing a city to life.' Suspense Magazine 'In Aykol's impressive second Kati Hirschel mystery set in Istanbul the heroine once again turns amateur sleuth with aplomb.' Publishers Weekly 'Baksheesh is a strongly recommended pick for lovers of international mystery, highly recommended.' MBR Bookwatch 'Kati sees Turkey and the Turks from the point of view of a sympathetic, affectionate outsider; and through her eyes, so do we--becoming more enchanted by the city with every dizzying step. Baksheesh was a pleasure from beginning to end.' Criminal Element "Enjoy the journey which is recounted in a breezy, humorous and intimate way. BAKSHEESH is an enjoyable book which manages to immerse you in Istanbul, introduce you to some interesting characters and include a murder-mystery all in around 250 pages. Fans of Mehmet Murat Somer should also enjoy this series." Eurocrime "Where the book really scores, however, is in Aykol's introduction to modern day Istanbul, a cosmopolitan city that is a magnet for the rural poor and their less than cosmopolitan traditional ways and where Islamists and secular modernists rub up against each other. Fancy making a trip to Turkey, but can't quite afford the airfare? This could be the next best thing. Shots Magazine --This text refers to the paperback edition.

Esmahan Aykol: Esmahan Aykol was born in 1970 in Edirne, Turkey. She lives in Istanbul and Berlin. During her law studies she was a journalist for a number of Turkish publications and radio stations. After a stint as a bartender she turned to fiction writing. She has written three Katie Hirschel novels. Hotel Bosphorus is the first and has been published in Turkish, German, French and soon in Italian.
Ruth Whitehouse: Ruth Whitehouse worked as a violinist in Ankara. She pursued her interest in Turkish culture and literature by doing by obtaining a PhD in Turkish Literature at SOAS in London. This is her first translation of a full novel but her work has been broadcast on BBC Radio 4 in April 2010 in a series called Young Turks, featuring translations of work by young Turkish writers. --This text refers to the paperback edition.

Esmahan Aykol was born in 1970 in Edirne, Turkey. She lives in Istanbul and Berlin. During her law studies she was a journalist for a number of Turkish publications and radio stations. After a stint as a bartender she turned to fiction writing. She has written three Kati Hirschel novels. Hotel Bosphorus is the first and Baksheesh the second. They have been published in Turkish, German, French and Italian.

3.3 out of 5 stars
3.3 out of 5
5 global ratings
How are ratings calculated?
To calculate the overall star rating and percentage breakdown by star, we don’t use a simple average. Instead, our system considers things like how recent a review is and if the reviewer bought the item on Amazon. It also analyses reviews to verify trustworthiness.

Mary Baley
3.0 out of 5 stars Some description of Istanbul
Reviewed in the United States on 20 April 2014
Verified Purchase
A fair detective story with descriptions of Istanbul society. I found it difficult to sort out the characters because of my lack of skill with Turkish language.
Read more
One person found this helpful
Report abuse

Kindle Customer
4.0 out of 5 stars Great travel read!
Reviewed in the United States on 31 May 2014
Verified Purchase
I recently went on a trip to Turkey and reading this bok helped me to prepare for the trip. While in a Turkey I was able to understand a little of the culture.
Read more
One person found this helpful
Report abuse
See all reviews
Back to top
Get to Know Us
Make Money with Us
Let Us Help You
And don't forget:
© 1996-2021, Amazon.com, Inc. or its affiliates