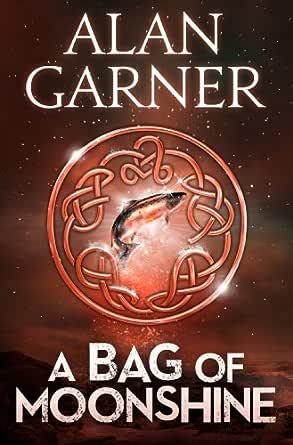 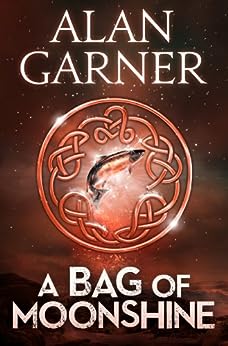 A Bag Of Moonshine Kindle Edition

Boggarts and gowks, fools and hobgoblins are only some of the strange and wonderful creatures in A Bag of Moonshine – a veritable treasure trove of stories chosen from the folklore of England and Wales.

There are 22 tales in all, beautifully illustrated in black and whitel by prize-winning illustrator Patrick Lynch.

Alan Garner was born and still lives in Cheshire, an area which has had a profound effect on his writing and provided the seed of many ideas worked out in his books. His fourth book, ‘The Owl Service' brought Alan Garner to everyone's attention. It won two important literary prizes – The Guardian Award and the Carnegie Medal – and was made into a serial by Granada Television. It has established itself as a classic and Alan Garner as a writer of great distinction. --This text refers to the paperback edition.

Praise for The Moon of Gomrath: ‘Not only powerful but full of wild and whirling adventure… the reader is drawn right into the midst of it all.’ Guardian

Praise for The Weirdstone of Brisingamen: ‘Marvellously exciting… Alan Garner is at his best writing of night and dark water… the story is ferocious and deeply felt.’ New Statesman

Praise for The Owl Service: ‘Not meant only for children… The power grows, throbs nearer, builds to unbearable tension, and comes to wild release in the last few pages.’ The Guardian

Praise for Red Shift: ‘A magnificently multilayered novel… and a superbly exciting piece of literature.’ The Times

5.0 out of 5 stars Very entertaining.
Reviewed in the United Kingdom on 14 December 2013
Verified Purchase
This is a gem of a book. All 22 tales are from within the British Isles which is commendable.

This little book would make a great stocking filler for a child or even an adult who likes to read of our myths and legends. From Boggarts to Gowks, Fools and Hobgoblins this book couldn't get any better and I thoroughly enjoyed reading it.

It's a smashing little read and I highly recommend it.

5.0 out of 5 stars Read this as a child, and still love it!
Reviewed in the United States on 12 June 2014
Verified Purchase
I found this book on a library shelf when I was a kid and was immediately fascinated by the creepy drawings. I found the stories to be slightly spooky and I enjoyed that as a kid, I was always trying to get my hands on some scary stories. However, I introduced it to my 8 year old daughter who was totally disinterested with it... I'll never forget some of those stories... but she just couldn't get into it. To each their own, I guess. I also have a fascination with old world and historical type stuff, and this lends itself to that a bit because it's not very modern either in prose or visually, so that probably explains a bit about why I like it. She's more interested in modern and commercial type stuff, and this is definitely not commercial or mainstream in any way.
Read more
One person found this helpful
Report abuse
See all reviews
Get FREE delivery with Amazon Prime
Prime members enjoy FREE Delivery and exclusive access to movies, TV shows, music, Kindle e-books, Twitch Prime, and more.
> Get Started
Back to top
Get to Know Us
Make Money with Us
Let Us Help You
And don't forget:
© 1996-2020, Amazon.com, Inc. or its affiliates